Matt Posted on December 29, 2013 Posted in Pens, Review No Comments 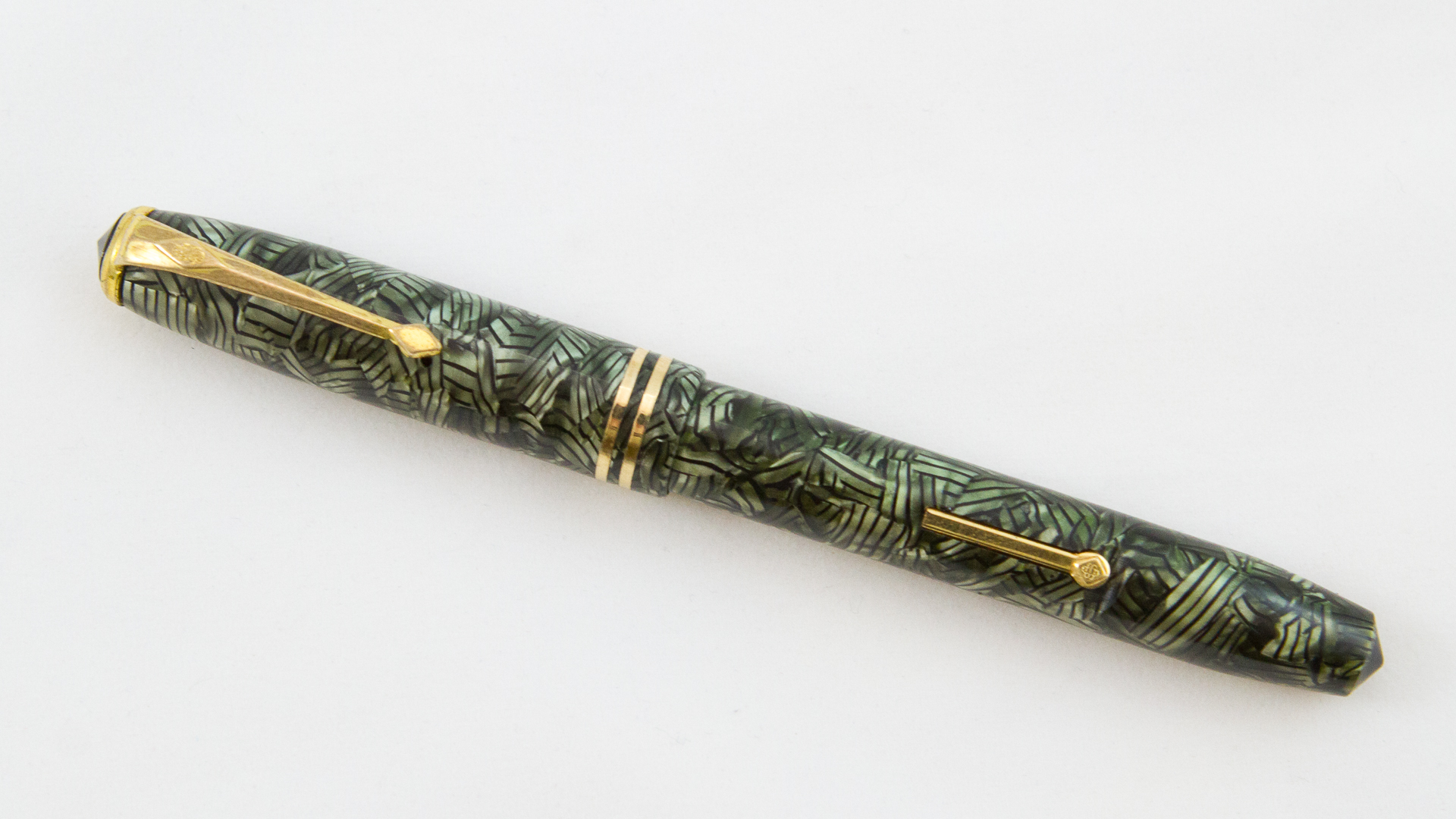 This stunningly beautiful Conway Stewart “24” in their “Green Hatched” pattern, is circa 1950s.  There isn’t a lot of information online about the “24,” but it is quite similar to the “14,” from the same basic era.  This pen came to me inoperable, and it was my first attempt at doing a repair/restoration.  This was made exceptionally more difficult by the fact that Conway Stewart uses something known as a “Floating Lever Bar” in their pens, which, while far more efficient for a filling system than the typical J-bar used in many lever-fill pens, it’s an epic pain in the tukus to work on. Especially when you don’t know what you’re doing.

I eventually got it to work, though, and now the pen writes beautifully.  It’s a touch small for my tastes, but even so, I’ll keep it and love it, because that green hatched pattern is simply stunning to me.