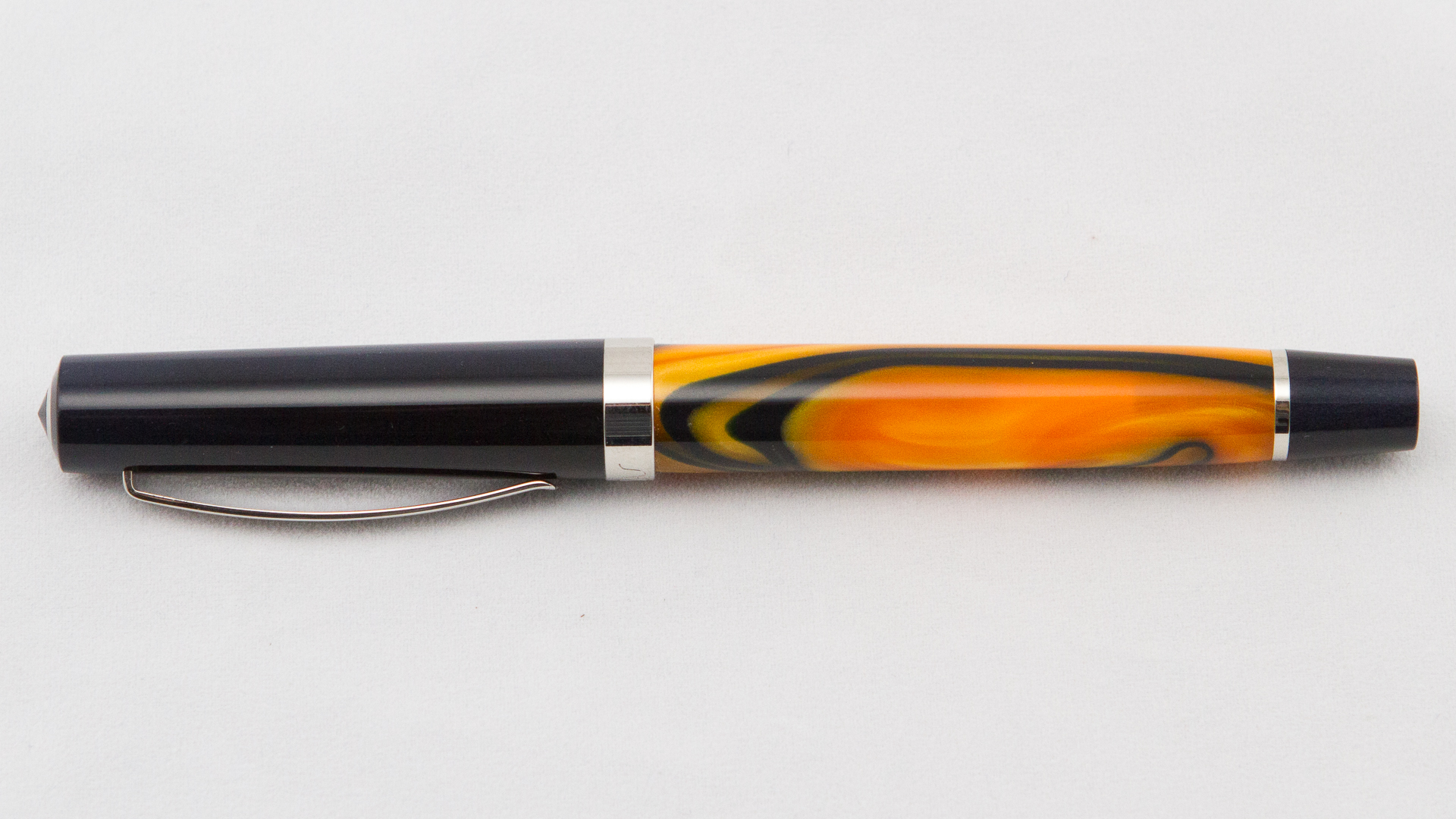 This little stunner of a pen is from the Italian maker, Omas.  As I get further and further into my collecting, I’m starting to believe that I just have a thing for Italian pens.  I’ve got three Visconti pens (and would do unspeakable things for a few other Visconti pens…), I really like the looks of several of the Montegrappa pens (although I haven’t bought any…yet), and I really enjoy this pen.

This pen is stately and refined, aside from being a bright, saturated orange with very dark blue (almost black) swirls and a cap.  The shape of the pen is very modern looking, and that is helped by the bright, platinum finishes and the clean, click look of the clip and other hardware.  The pen comes with a rather rigid 14K Gold nib, plated in Platinum, and with the arches of Bologna, Italy stamped onto the nib along with the Omas logo.

As far as looks go, this is one of my favorites.  It’s bright and flashy, without being garish.  It fits beautifully in my hand, even posted.  The body is resin, but the section is a nice heavy chrome, which gives the pen a wonderful nib-end weight, without being too heavy.  The only minor downside that I find to the pen is the rather drastic stepdown from the barrel to the section, which can be uncomfortable for people who like to hold their pens a little further back up the barrel from the nib.

Out of the (very nice) box, the pen was a little on the dry side, which led to a smooth, but a little too feedback-y, writing experience.  I still need to experiment with a few different inks, and will probably need to do just a touch of adjustment to the nib, flossing/shimming out the nib slit, and perhaps doing just a minor touch of smoothing for that butter-slick finish that I love so much on my pens.

All in all, though, I really like this pen.  And after I do a bit of adjustment to the pen, I have a sneaking suspicion that this one will become on of my loves.