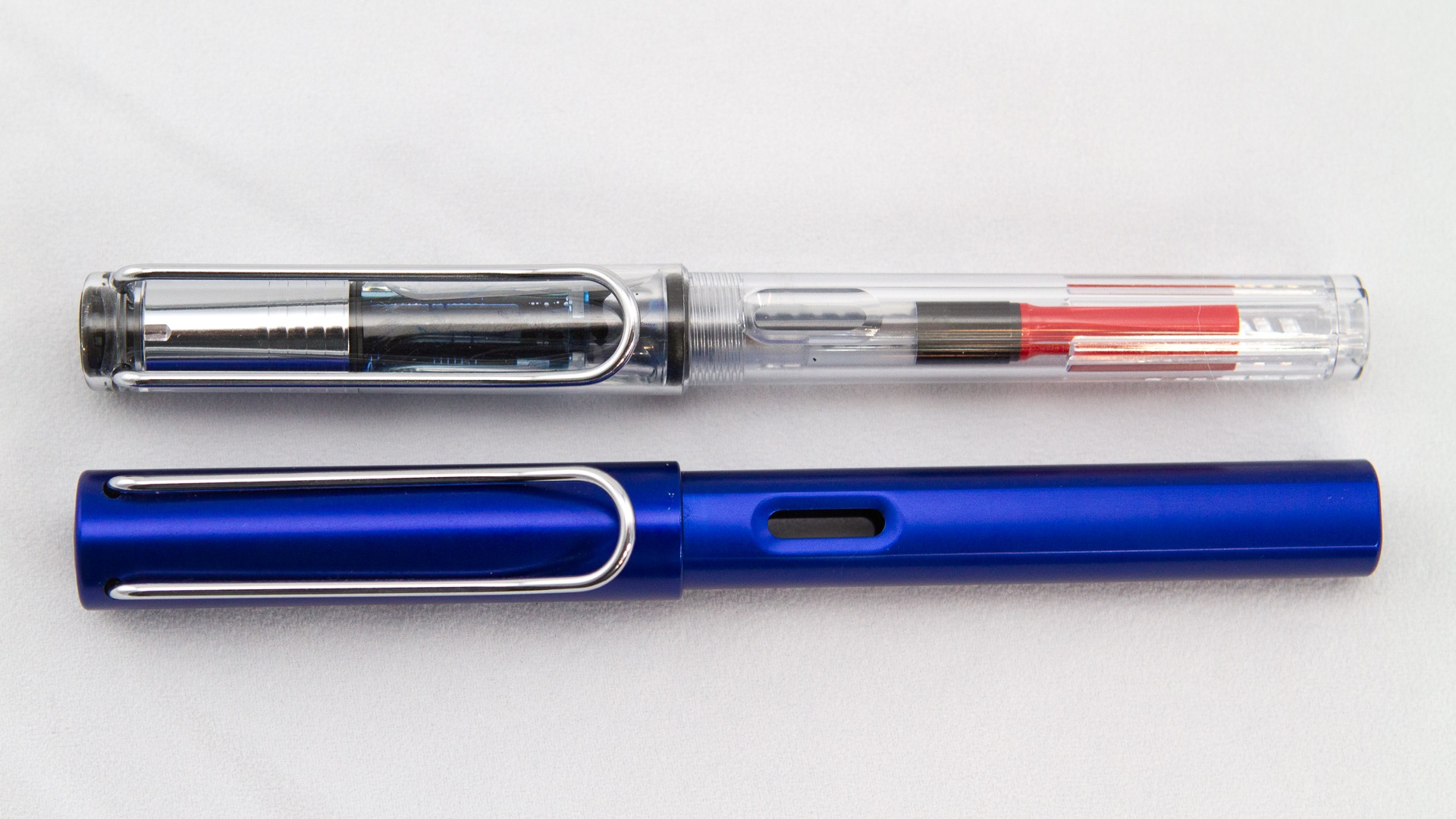 I have a friend who reviews movies for a living on several online movie sites.  As I have watched his career over the years, I have often said to myself that I did not envy him.  He occasionally finds himself on the opposite side of a group of rabid fans (e.g., The Hobbit: The Desolation of Smaug), and finds himself inundated with mean-spirited comments, even online attacks.  A true reviewer shouldn’t state outright that something is good or bad, but instead should indicate why he or she likes or doesn’t like something.  It should be done in a way not to proclaim, “This is good” or “This is bad,” but instead, should help those who are looking at a product decide for themselves if that product is a good fit for them.

Why am I telling you this?  It’s because I am bracing for the same reaction on this review as my movie review friend gets any time he doesn’t agree with a group of fans for a particular movie.  These pens have fans. A lot of fans.  I am just not one of them.  I sincerely hope that fountain pen users are mature enough to realize that my opinions of a particular pen don’t make their less valid and we are, in fact, talking about a pen.

Anyway, on to the review.  The Lamy Safari, Vista, and AL-Star are basically the same pen, made out of different material.  They are more modern in design than many fountain pens, and come in a wide variety of very bright colors.  That alone is enough to make me not care for the pens.  I like my pens to be stately, and a little on the fancy side.  These, in my opinion, do not fit either.  I don’t generally go for the day-glo or candy-colored pens.  It’s just not my style.

As I mention in the video review, these pens are, to me, very middle of the road.  They don’t feel especially solid or well made, but neither do they feel especially cheap or flimsey.  They aren’t the most comfortable to hold, nor are they the most uncomfortable. They aren’t the wettest writers, nor are they the driest writers. They are not the smoothest pen in the world, nor are they the roughest.  One exception I note in the video is that the broad nib on my very first Lamy pen–the AL-Star–has the distinction of being the scratchiest nib I have ever had the misfortune of using.  Even with adjustment, it kept the pen from being usable until I bought a replacement nib.  So the quality control may not be the best for some of their nibs.  All in all these pens feel very lackluster in almost every possible way (except the retina-searing colors.)

A couple of things I like about the pens:  These pens are made to allow for very easy nib swapping.  The nibs are held on with friction to the feed itself, rather than being held inside the section.  This allows the nib to be removed without having to take the feed out of the pen.  And, once you get used to it, the grip of the section (which I initially loathed) did start to force me to improve my grip a bit. As someone who tends to roll his pens to one side as he writes, these are decent training pens for me.

So, for the most part, I’m just not all that enamored with these Lamy pens. Frankly, I think you can get a much better pen for less money.  I had one of each pen, but gave away the Safari at Christmas time.  I probably won’t be replacing it.  The others, I’ll keep around.  Because they are so middle of the road, I feel like they give me a good, vanilla baseline to use when doing ink tests.  Since they have no characteristics of their own, it allows me to focus on the characteristics of the ink.