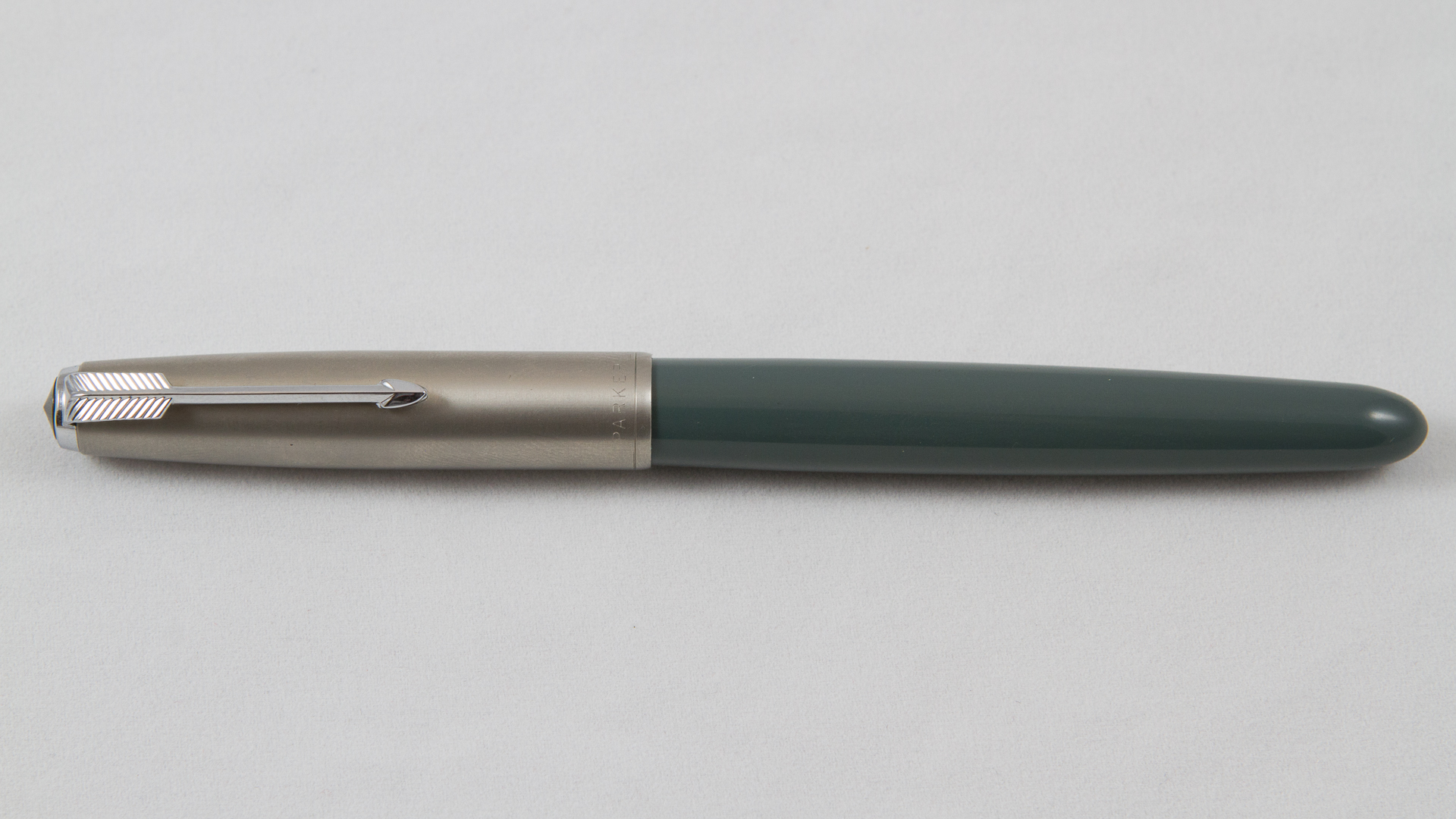 I love a good antiques store find, and this pen is no exception.  This Parker “51” Special is in pristine condition on the outside of the pen.  When I found the pen (in the box with the original paperwork!) it appeared as though the pen had been filled once with blue ink, and never used again.  The ink was completely dried and crusted on the inside, but other than that, it was in great shape.  So, I pulled the pen apart, cleaned and sonic-cleaned it, and reassembled the pen, and now it is like brand new.

The Parker 51 is such an iconic pen profile, that there really isn’t another pen even remotely close, except for the Hero 616, which is a blatant knock-off. As an aside, that’s why you’ll never see me do a review of any Hero pens. From a strictly ethical point of view, I find it offensive that they make their money simply by knocking-off the work of other companies.  Not cool, Hero. Not cool.

Anyway, this pen isn’t your regular “51” Special.  The Special had a steel alloy nib, and a stainless steel cap with a black jewel.  As you can see from the photos below, this pen has a lustraloy cap with a silver jewel.  And, perhaps most surprising to me, it has a 14K gold nib.  Really, the only thing that would keep this pen from being a full “Standard” version of the 51 is the fact that it has that “Special” Aerometric filler on the inside.

As for the way it writes, well, the ink flow is very generous.  However, the nib is rather scratchy.  One of the difficulties with this pen is that adjusting the nib while the pen is assembled is very difficult.  And it’s just a hassle to have to disassemble the pen every time I want to work on the nib a bit, particularly as that requires softening the shellac that holds it together.  I like the look of the hooded nib, but the practicalities of adjusting the nib or, even more importantly, cleaning the pen, tend to make me think that Parker was looking at more of a “Form Before Function” sort of thing with this pen.

In any case, it’s comfortable to write with, and a nice weight (uncapped, it’s 12g).  I like it.  I don’t love it, but perhaps once I’ve managed to get the nib completely adjusted, I’ll feel differently.