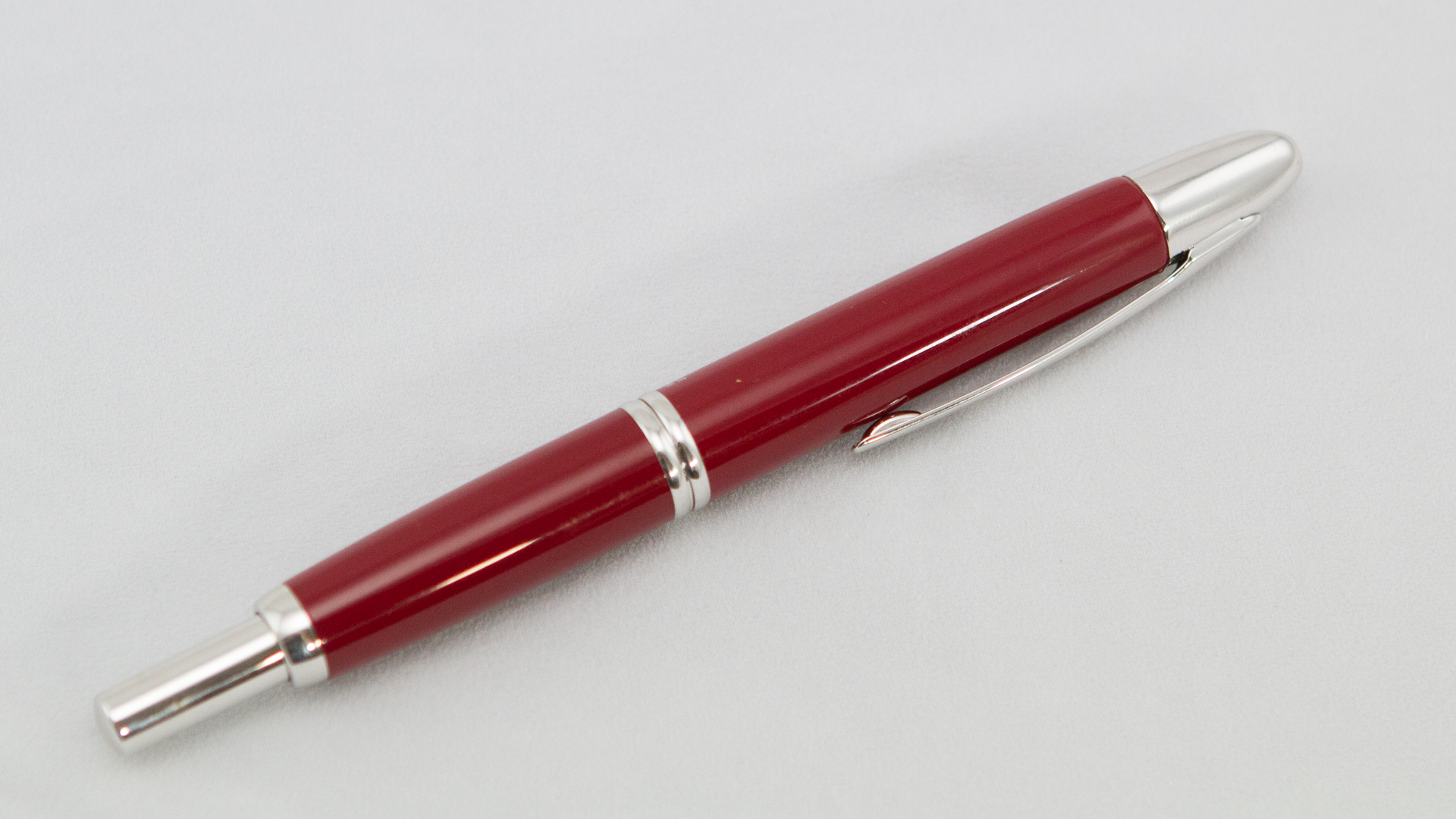 The Pilot Vanishing Point is another one of those iconic pens that everyone either has, had, wants, or hates.

The Vanishing Point (or VP, as I will call it from here on out) is a retractable fountain pen that comes with an 18K Gold nib. There are many colors and materials for this pen, which has been around for a long time, and even the nibs come as yellow gold, rhodium plated, or black-plated. (I’m not sure the plating metal they use for the black nibs.)  The pen has an inner cap which helps prevent the nib from drying out when it is not in use.

The VP feels very solidly made. It’s a bit heavier than you might expect (mine was 32 grams), but not unwieldily so. (Is that even a word? Unwildily? If not, ™.) It’s a good weight, and it’s well balanced. This is a pen you could (and I have) dropped on occassion, and as long as the nib isn’t extended, I wouldn’t worry about it breaking.

Set aside the VP’s retractability (which, frankly, I find to be a very nifty bit of engineering), and you’ve got a fairly generic pen–except for one thing: The clip.  In order to store the pen upright when placed in a shirt pocket, the clip for the pen is actually attached at the writing end of the pen where you grip it. That clip can take some getting used to, and if you’ve got a grip that tends to find itself on the top of the pen barrel, this pen may very quickly become unusable for you.  If people complain about this pen, it’s usually because of that clip. Unfortunately, while it turns some people off from the pen, it’s also (in my opinion) a mandatory feature. I would not want to be putting a capless pen with liquid ink nib down in a white shirt pocket. When I bought the pen, I thought that clip would bother me, but it only took a couple of minutes getting adjusted to it, and now I hardly notice that it is there.

The other thing that set the VP apart for me was the fact that it is the single smoothest writing experience I have ever had. I have not used any other VPs in my day, but I can say that when I bought my VP, I was instantly blown away by how smooth the nib was. No adjustments, no smoothing, no tuning. It worked perfectly from the instant I inked it up.

I use my VP a lot. As I mention in the video, though, if I’m going to sit down to write for extended periods of time, this is not the pen I will pull out.  Instead, I find this to be the perfect pen for things like note-taking or crossing off items on my grocery list as I’m doing my shopping–anything where I’m going to be writing often, but intermittently.