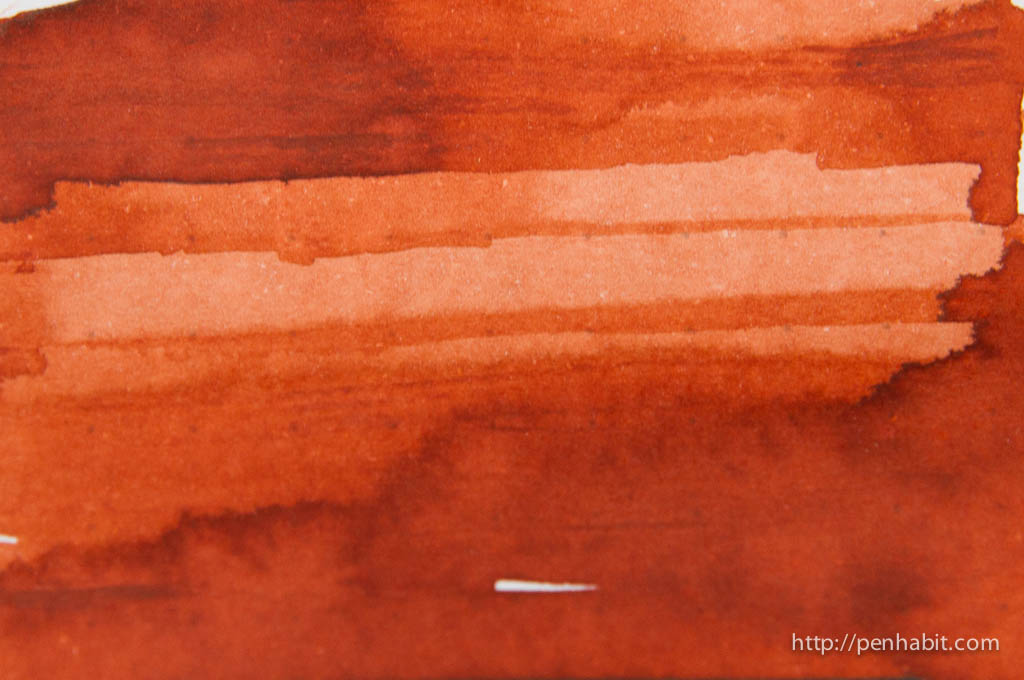 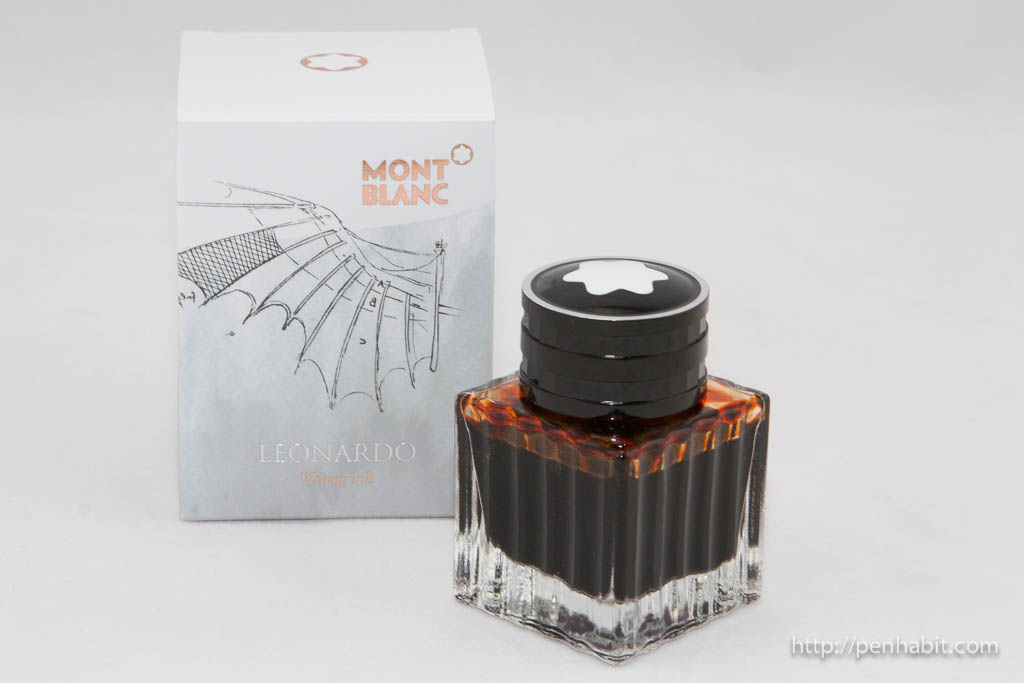 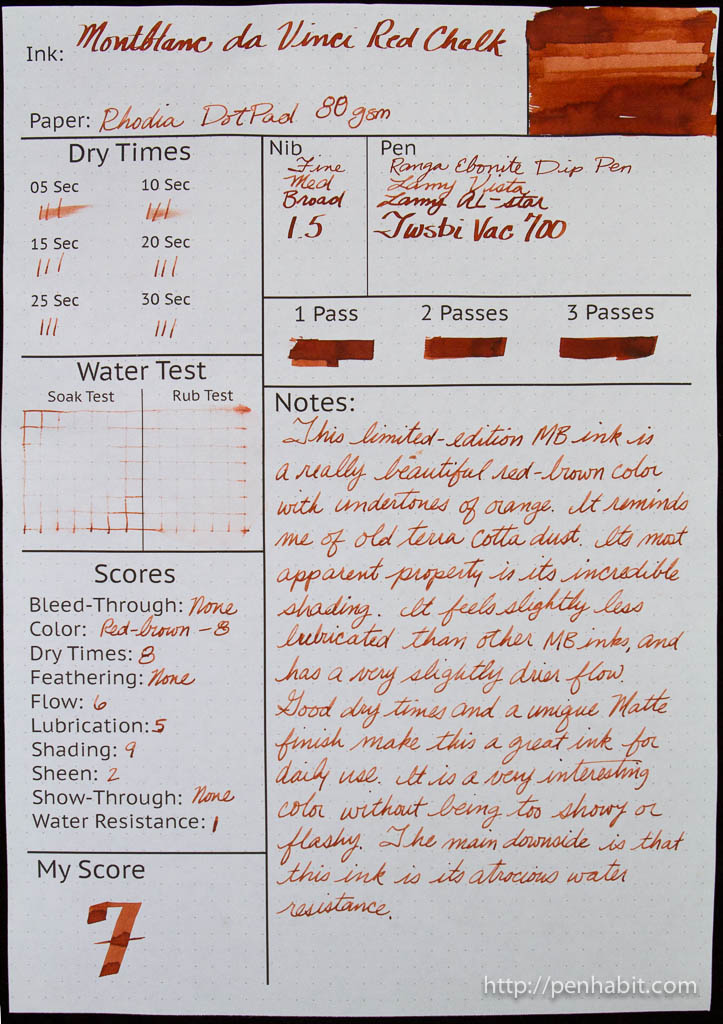 Montblanc Leonardo da Vinci Red Chalk is yet another ink the line of pretty spectacular limited edition inks that prove our old pals in Germany are insufferable teases. Were it not for the fact that they are setting us up for eventual heartbreak and disappointment, these limited edition inks would probably become a standard inks for a whole host of people.  (todays julian date 2022, I’m talking to you…)

Red chalk is a stunning red/brown color with strong orange undertones. It really does remind me of some of da Vinci’s red chalk drawings.

It has that truly aged quality about the color, while still remaining rather vibrant and engaging.  It’s a matte color, not providing a ton of glossiness or sheen. But holy smokes, that shading. Aside from Noodler’s 10/10 shader, Apache Sunset, Red Chalk is probably the most highly-shading ink in my collection, and it fits so wonderfully with the color and overall style of the ink. The ink also has pretty short dry times, even on Rhodia paper, which tends to extend dry times due to its coating.

That being said, this stunner of an ink does have a couple of drawbacks, which may or may not be a big deal for you.  First, the ink flows a little more dryly than I would prefer.  This works well in my pens that tend toward the firehose end of the spectrum, but makes for a rather, if you’ll pardon the semi-pun, chalky experience when writing with a drier pen. It does mean, however, that think ink performs excellently on really low-quality paper, as you can see from the test above. The drier flow and matte appearance of the ink lends to very little feathering or bleedthrough, even in a medium-nibbed pen.

The other major issue with this ink is that it has essentially zero water resistance. In fact, I think da Vinci’s actual chalk would probably hold up better to water than this ink.  Usually, even with inks that have little water resistance, they leave a hint of a line behind.  Not so here. 100% of the color gets pulled off the paper with only 10-15 seconds of soaking.  Water resistance is not a huge factor in 95% of the inks I use, so that’s not a deal-killer for me. And the color is so spectacular, I don’t mind the risk. I don’t normally soak my papers in water, and so long as I don’t use this ink to address an envelope (especially here in the Seattle area), I don’t really care if simply humidity washes the ink from the page. You probably won’t catch me signing checks with it though.

When scoring this review, I really struggled with what total score to give. I wanted to give it a high score, but the lack of a sheen and the dry flow/less-than-normal lubrication knocked a few points off for me. I still love this ink. I ordered a couple of bottles when I purchased it, since I know that Montblanc will (if they haven’t already) pull this ink from production, and I’ll be stuck without. Perhaps someday they’ll stop jerking us around with these here-and-gone colors that are so much more interesting than the regular production line. Until then, I guess I’ll just have to keep hoarding.