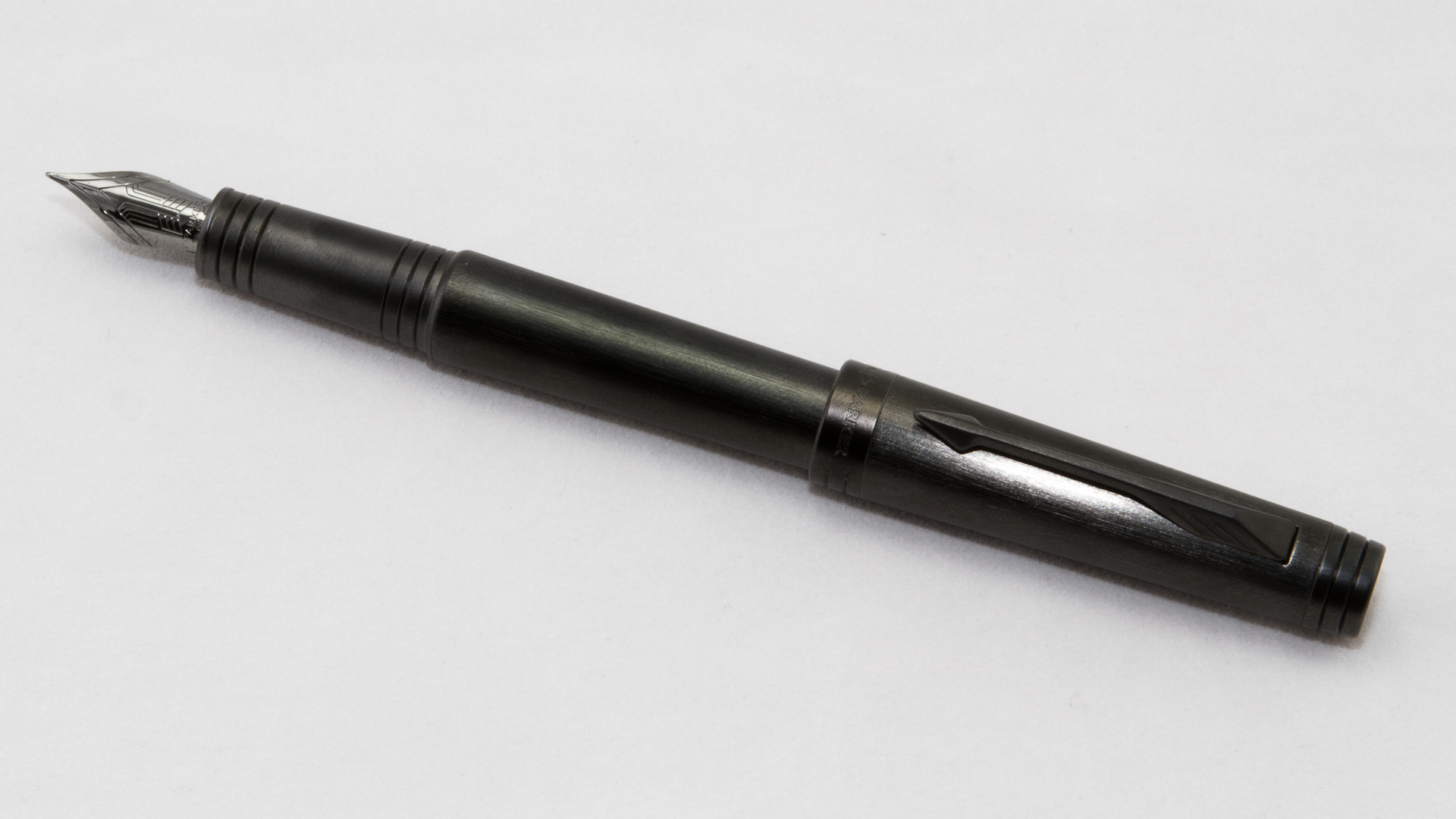 I have to admit no small amount of ignorance about modern Parker pens. I’ve got a 1920s Parker Lady Duofold (which is too small for my hands), and a 1950/1960s era Parker 51 which I have restored. But up until recently, I’ve never been particularly intrigued by any of the modern Parker offerings. Compared to many other modern pen brands, their pens are pretty lackluster in appearance. Parker is just not the name it used to be.

I recently found myself with a substantial credit for my local pen haunt, and needed to use it. Since, over the last year and a half of pen collecting, I have probably spent enough money to send the owner’s children to prestigious private universities, it’s safe to say that I have picked over their good-sized selection.  Because the looks never spoke to me, however, the Watermans and the Parkers had been largely ignored. So, I looked a little bit more closely at the Parkers and noticed the Parker Premier. I had seen, and almost purchased, the Premier at a store in Salt Lake City, but ended up passing on it at the time (although my business partner bought himself one at that time.) He liked the pen, and the more I looked at it, the more I became intrigued. So I used my store credit and bought the Parker Premier in black.

This clean-lined pen comes in a few different colors. The versions that interested me the most were the “monochrome” versions of the pen which come in Black, Titanium (silver), and Pink Gold. I would have gone for the gold version had it been available, but the black is quite nice.  The brushed finish on the black version of the pen is, according to the Parker website, a nickel-palladium coating with a ceramic topcoat. Because of the brushed texture, it’s not slippery and all, and quite comfortable to grasp. It reminds me a fair bit of the Makrolon™ finish on the Lamy 2000, but with a brass base underneath.

Because it is a metal-bodied pen, it is a little heavier. However, and I talk about this in the video, when I actually weighed the pen, I was shocked at the weight. Posted or capped, the pen weighs a hefty 46 grams (32 grams uncapped). But here’s the thing: it doesn’t feel anywhere near that heavy. The balance on this pen is so good in my hand that it feels at least 10 grams lighter than it actually is. I was quite surprised. So, if you think you’re a person who doesn’t like heavy pens, you may want to try holding this one in your hand before you rule it out.

The pen has a pull-top cap which comes off fairly easily to reveal one of the most interesting, unique, and to my eye, beautiful nibs I’ve seen in a long time.  The nib has a stunning art deco-inspired interpretation of the standard Parker arrow motif.  It’s plated in Ruthenium, which gives it an absolutely stunning gunmetal finish. The lack of a breather hole, and the very short nib slit end up making this 18k gold nib quite stiff, but the look of the nib is spectacular.

My nib, which is a fine, was buttery smooth out of the box. It writes with the perfect amount of wetness, and I have had to make nary an adjustment to the pen since the moment I inked it up the first time.  However, I should note that, while in the store, I also tested the medium-nibbed version of this same pen. The medium nib was simply atrocious. It was one of the scratchiest nibs I had ever used, and it felt as though the nib tip had never been polished. Even though I was writing on nice paper, it felt as though I was writing on sandpaper. The salesman mentioned that sometimes these Parker nibs can be really hit or miss. In my limited sample size, when the nib is good, it’s one of the best in my collection. When it’s bad, it’s one of the worst I’ve ever used. If what I hear about Parker QC is true, I would recommend trying the pen before you buy it. Or, if buying online, buy from a retailer that will either tune the nib before sending it to you or one that has a relatively lenient return policy.

Since getting the pen, I’ve used it a lot. I don’t know that it’s cracked my top 5, but it has probably made its way comfortably into my top 10, which surprised me. The clean looks, the interesting finishes, and the beautiful nib really work for me on this pen. Now if we can just get Parker to improve its quality control and start making some more interest aesthetic choices on the rest of their line, perhaps their modern pens will earn a larger place in my collection.