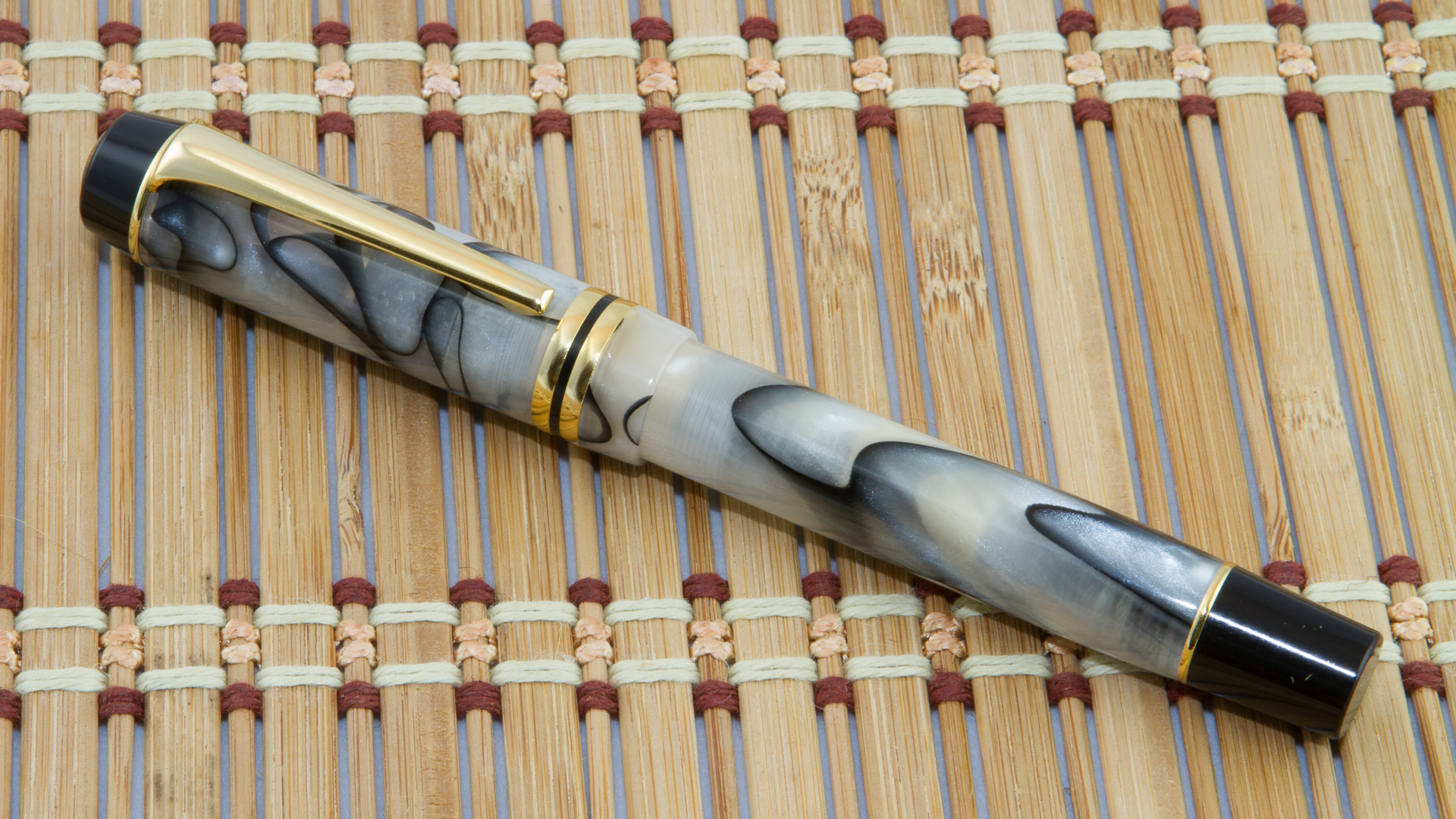 When it comes to “inexpensive” Chinese pens (which is to say pens purchased directly from Chinese manufacturers, usually via Ebay), the going rate usually seems to be around $7-10. I believe the most I have ever paid is right around $9…until I came across the Kaigelu 316 while my daily (at least) Ebay trolling. At $34, it was certainly one of the most expensive Chinese pens I had ever come across, aside from those uber-expensive $1,000+ monstrosities. (I have since seen it for as low as $21.) What made it the most interesting to me, however, was that the pen was made of celluloid.

Celluloid is a plastic that not a lot of modern manufacturers use for pens anymore. It can be flammable, expensive, and a little temperamental. It can also be extremely beautiful, with rich colors, a ton of depth, and a wonderful feel. To find a relatively inexpensive pen made of celluloid intrigued me, so I decided to give it a spin.

The 316’s celluloid is stunning. It comes in a few different colors, but I got the white celluloid with black swirls. The material has a lot of depth and looks almost like expensive marble. It is also, I was surprised to discover, semi-transparent.

The build quality of the pen is quite nice. It’s moderately heavy, and feels solidly constructed. The barrel is not metal-lined, like many Chinese pens, so uncapped, it’s not the heaviest pen I’ve ever used, but it’s still a bit weightier than other pens made of plastic-like materials. A part of that has to do with the section, which is made of metal, and provides a nice heft and downward pull to the tip of the pen. Part of me does wish the section, too, had been made of plastic, because then the pen could have been used as an eyedropper. A brightly-colored ink sloshing around inside the semi-transparent white barrel could have been pretty spectacular-looking.

The cap, which is fairly heavy in its own right, has the Kaigelu kangaroo logo on the finial, a nice solid clip, and surprisingly well-machined threads. While not as nicely machined as, say, an Edison pen, I was surprised at how well the cap and the barrel meshed together.

Where the pen falls apart for me a bit was with the nib. At first glance, the two-tone Kaigelu-branded nib looks nice, but closer inspection shows that the masking on the gold-plating around the logo and decorations was very sloppy and offset. Also, at first glance, it appears that the nib is a standard #6-sized nib. It is not. (More on that later.) After inking up the pen, the nib was a vast disappointment. A very rigid nib, the Kaigelu ran quite dry–even with the feed saturated from the fill. Worst of all, though, was the nib’s tipping material. It wasn’t scratchy per se, but it felt completely unfinished. It felt almost as though the tip had been welded on as per normal, but no smoothing had taken place at all.

After using the pen for a few days (and recording the video review above), I decided that I wanted to swap out the nib with a Goulet #6. Getting the nib out of this pen is an absolute beast of a job. They wedged that nib in tightly. Once I got the nib out, however, I discovered that it was slightly smaller than a #6 nib. It was also shorter. It wasn’t small enough that I could replace it with a #5 nib, but rather felt like it was half-way between the two. Disappointing. Even getting the feed and nib back into the section was an effort. And, to this day, I still haven’t gotten it seated as deeply as it was when I received the pen. Apparently, I have weak fingers.

While I had the nib out of the pen, though, I went to work. I opened up the tines, I did a fair bit of smoothing, and I double-cleaned the feed’s ink channel to ensure that it wasn’t blocked in any way. After re-assembling the pen, I have to say that I like the results quite a bit. It still doesn’t write like a perfectly-tuned pen, but it’s eminently usable, and much closer to my personal preferences than it was when I started.

Overall, while I love the look and feel of this pen, it is a bit disappointing that they didn’t go with a more standard-sized nib so I could have swapped it out with a higher-quality nib from Goulet, Edison, Monteverde, or Franklin-Christoph. With a decent bit of work, though, the nib is now quite usable. And, I suspect, I will spend a bit more time on the nib to get it to exactly how I want it to write. It’s unfortunate that such a beautiful and well-constructed pen required such extensive work, but a celluloid pen for under $30? To me, that’s certainly worth it.