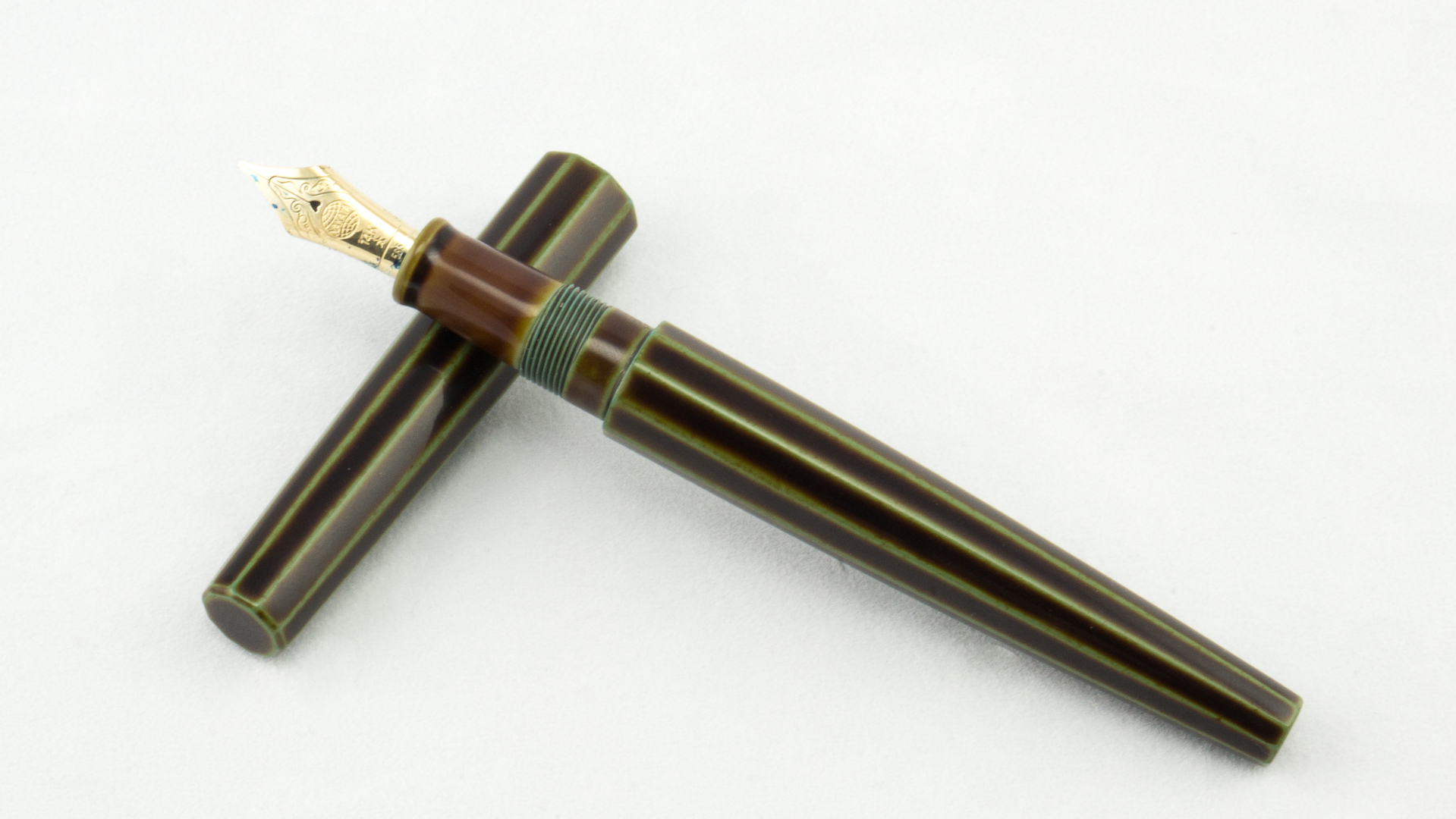 On March 23, 2014, I hit my 1-year anniversary of using fountain pens. As part of my anniversary, I decided it was time that I take stock of all of my pens and inks, get an overall value, and update my homeowner’s insurance coverage to include my rapidly expanding collection. When I finally added up the sum of money I had spent on pens during my first year, I was both shocked and a little sick to my stomach. I have a long and proven history of diving into new hobbies with gusto and abandon, and often like to skip right over the introductory phase where I am still content with entry-level experiences. I did it with music, photography, cooking, gardening, loose-leaf teas: my first step in any hobby is to go out and start buying up top-of-the-line equipment.  Apparently, I had taken the habit to an all-new level when it came to pens.

Despite the staggering amount of money I spent on pens in my first year, I don’t begrudge myself for having done so. I got to experience a vast panoply of pens in a very short order, and to quickly learn what I do and no lot like in a fine writing instrument. That being said, in revisiting my first year of fountain pendom, I realized the acquisitions and expenditures could not continue at the same rate, lest I find myself living on the streets, carrying around a wallet of Montblancs and Viscontis.

Part of that scaling back process included putting together a list of “grail” pens: pens that were quite expensive, but called to me in some special way. These were pens I would generally only buy for myself on special occasions like my birthday, Christmas, the publication of my first book, or a new job/promotion—and only after having cash on hand enough to pay for them outright.  The rest of the year, any new pens would have to be more affordable. I also put the kibosh on any new inks and implemented a 1-in-1-out policy on ink and paper.

Well, it was my birthday on Monday, and in keeping with my promise to myself, I took the money I had been saving for several months to purchase the pen at the very top of my grail pen list: The Nakaya Decapod.

Nakaya is a Japanese pen company staffed by craftsmen who have had decades of experience at the Platinum Pen Company. (In fact, the nibs for Nakaya pens appear to be made by Platinum and the pens use Platinum cartridges and converters.)  What has drawn me to many of their pens is their use of the urushi lacquer techniques. Urushi is a lacquer made by tapping the Japanese Sumac tree for its caustic sap, which is then treated and colored, and applied in multiple layers of very thin coats. Depending on the shape of the pen and the techniques used to apply the lacquer, the effects can be quite stunning.  (But more on that later.)

The 10-sided design is particularly beautiful with the urushi lacquer finish. The brown-green finish is applied by adding several coats of a blue-green lacquer, then covering it with several additional coats of a brown lacquer. When the pen is polished, the high points caused by the meeting of the faceted sides get knocked down a bit more, allowing the green layers of lacquer to shine through the brown.   (It is also my understanding that urushi will change colors and tend to brighten over time as well.)

The pen is made of ebonite (hard rubber) which results in a very light pen, but one that still retains that vaunted “warmth” of touch in the hand, even through layers of lacquer. Of note, the cap on the pen is very deep, resulting in a cap that goes almost half way down the barrel. This has the benefit of putting the stepdown between the barrel and the section (which is quite significant) far up on the pen and out of the way of most grips.  The cap of the pen will post, and post fairly deeply. I, however, will probably never post this pen because I don’t want to run the risk of damaging its beautiful lacquer. The section is nicely ergonomic, and feels quite nice in the hands. The threads, which can be in the way a bit if you like a high grip on your pen, do not feel particularly sharp, and didn’t cause me any discomfort when I held the pen there.

Nakaya’s 14k gold nibs come in a whole variety of different sizes, including SEF, EF, F, FS, M, MS, B, EB, and Music. I ordered the Broad nib, and had it ground into an Oblique Broad by Mr. Mottishaw from nibs.com. The oblique custom grind took a bit of getting used to. My only other oblique nib, a Conway Stewart from the 50s, was ground more like a round nib. This oblique was ground like an italic: very sharp corners which would seriously dig into the paper when I wasn’t holding the pen at the correct angle. It took a couple of days of learning the proper angle (and a minor bit of smoothing on my part to knock down some of the sharper edges on the pen), but now it writes like an absolute dream. The ink flow is generous, and very consistent. The slightly springy nib combined with the nice ink flow results in some truly lovely shading.

Knowing that this was one of my grail pens obviously colors this review: I’ve wanted the pen for a long time, I’ve saved for a while, and spent a great deal of my own money on it. I got the pen wanting to love it. Fortunately, I do. It’s a lot of fun to write with, and the design is just spectacular. The urushi lacquer over the ebonite makes for a lovely-feeling material, and the wonderfully-tuned nib is a lovely add-on.

So, when it comes to the Nakaya Decapod, I guess all I can say is: Happy Birthday to Me.