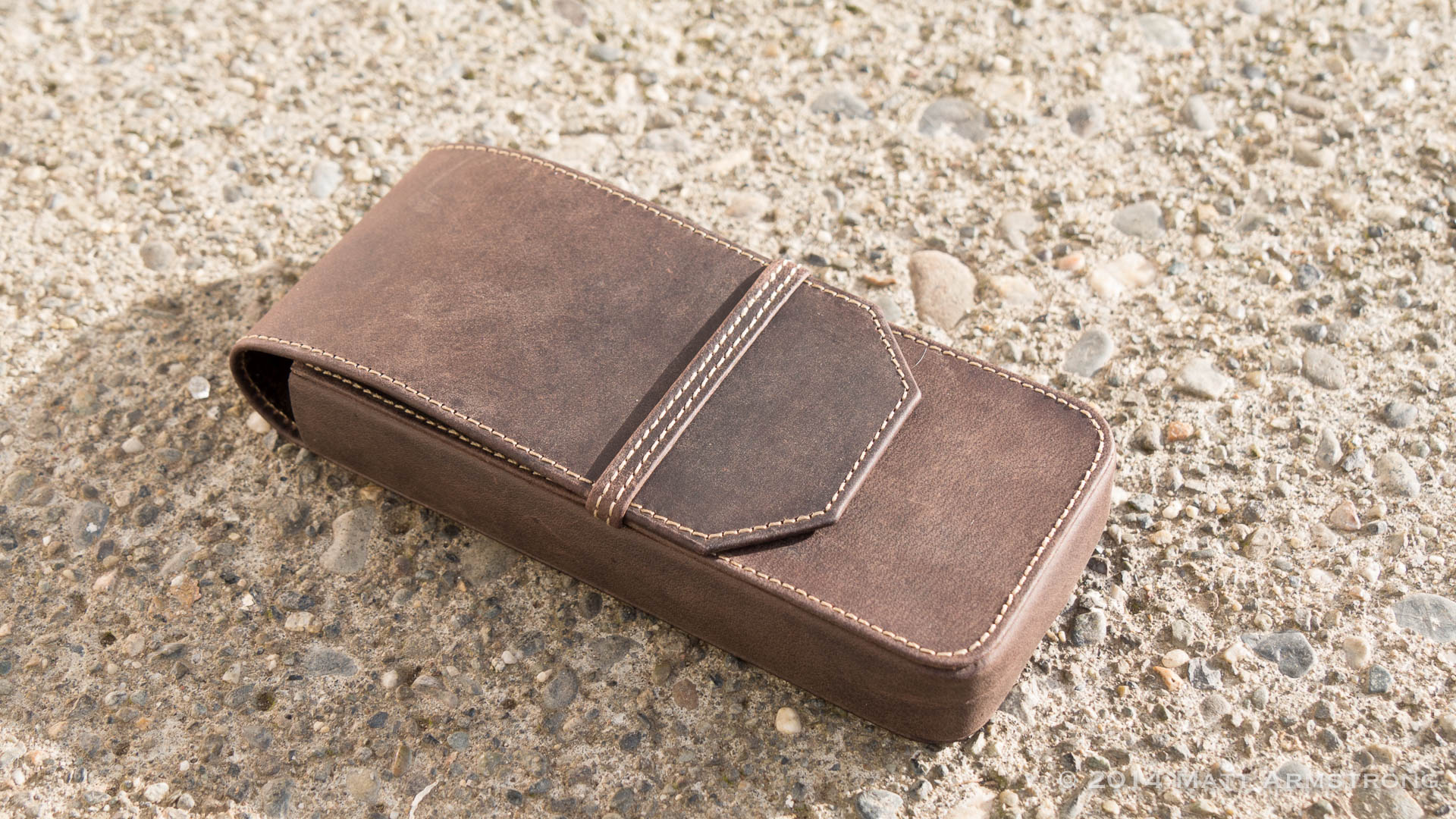 When I was a kid, one of my favorite times of the year was the few weeks before the end of summer, when my mom would take me to K-Mart to go back-to-school shopping. I would suffer through trying on new clothes. I dutifully spend time picking out new shoes. But even back then, my nerdish leanings would display themselves as we finally left the boy’s clothing section and made our way toward the ever-enticing office supplies. 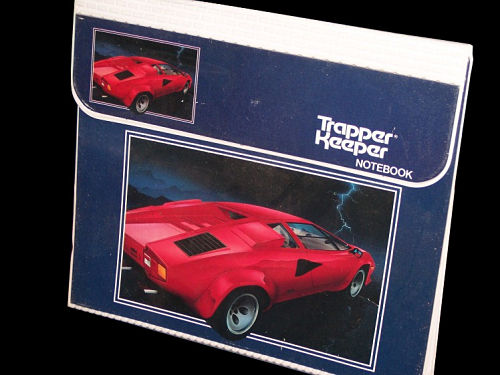 I was a child of the Trapper Keeper™ Heyday, so that was usually the first stop. Notebooks and folders were next. Then a nice new box of 64 Crayons. Then, at last, we came to the holy grail of back-to-school supplies: the pens and pencils. And, every year, along with my veritable pirate’s booty in writing instruments, I would get a pencil case. Sometimes, it would be a simple zippered pouch. Every now and again, it would be a little plastic box. My favorite pencil case of all time was a yellow and red plastic pencil case with a semi-transparent garage door-style sliding lid. 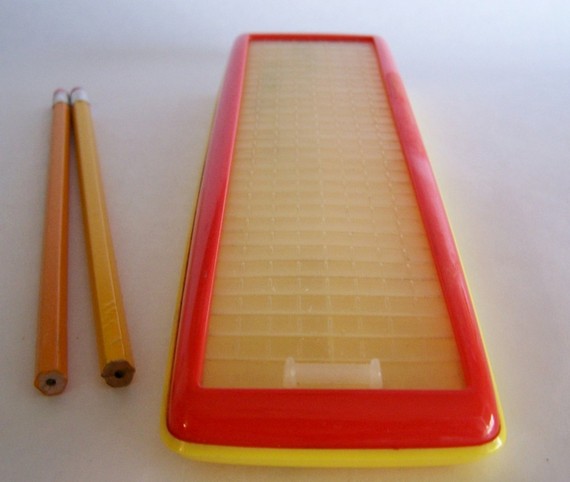 A couple of years ago, when I really started getting in fine writing instruments, I carried my pens (usually 2 at a time) to work in the front pocket of my jeans. It only took one instance of the pen body coming unscrewed from the cap and spilling the entire contents of the pen into my pocket, perma-staining my jeans and my thigh, before I realized I was going to need to find a better solution. I work in a casual, west coast-style high-tech environment, so the idea of holding my pens in the front pocket of my button-up shirt, or in the inside pocket of my suit jacket was ludicrous. In the sarcastic words of Daffy Duck, “Ho Ho. Very Funny. Ha Ha. It is to laugh!” So, it was time to relive the glory of my blue-light-special-tinted youth, and go shopping for a pen case.

My first pen case was a lovely 10-pen Aston Leather pen wallet. It was wonderful, but I soon realized that it was overkill.  The first time I accidentally left my entire pen wallet on the table in the conference room (containing a Conway Stewart Wellington, a Montblanc 149, a Visconti Homo Sapiens Bronze Age, a TWSBI Vac 700, and an Edison Beaumont…along with a few others I can’t remember) I realized that I really didn’t want to be carrying up to 10 pens with me to work on a daily basis.  So, it was time to downsize. (Oh, and my pen wallet was returned to me about an hour later by a very worried co-worker who happened to know what some of those pens were worth…)

That’s when I found the Franklin-Christoph pen boxes.

Now, as a man, it is a genetic imperative that I lust after things made of leather. Franklin Christoph uses leather in several of its accessories, and I’ve always been impressed by the quality of their workmanship. (They’re one of my favorite American pen manufacturers, and I like their journals a lot too.)  So, I decided to give their leather pen boxes a try.

The 3-pen leather pen case retails for $39.50, and comes in brown, black, and maroon leather.  I opted for the brown case.  The leather that came was a lovely rich brown color, although a touch lighter than the color of brown they show on their website. (I should also note that around the time I purchased this pen case, Franklin-Christoph was in the process of changing their leather tanning recipes, so I’m not sure if I got a pen case using their old leather or their new leather.)  The leather has a slight matte, sueded feel to it, without being a full suede. It reminds me a lot of the old leather jacket I had in high school that I loved so much.

It’s a box-style case, with a long leather flap that folds over the top of the box and tucks into a leather loop half-way down the height of the box. The corners of the flap are cut off, carrying on the brand’s design signature found on almost all of their products. The box is assembled with a tan-colored stitching that is very strong and very even. The leather has a very stiff quality to it, and doesn’t feel particularly supple, which I consider to be a good thing considering that it’s protecting some rather expensive pens. Whatever they’re using to reinforce the leather, the entire thing feels quite solid. The only part of the box that felt a little under-supported to me was the bottom of the box. (More on that later.) The back has the Franklin-Christoph Gothic “F” logo with the four diamonds stamped into the lower portion of the back.

Inside the pen box, the pens are held in place with what feels like loops or sewn-in sleeves made out of a very tough and rigid canvas-like fabric. I’ve yet to run into a pen that couldn’t fit into the pen case, but smaller pens will tend to rattle around a bit in there. Personally, I would have preferred the interior to be lined with a more velvet-like material, and for the straps to have had some elastic in them to hold smaller-diameter pens a bit more closely.  If you’re a user of smaller pens and are afraid of micro-scratches and the like, this case may not be for you.  And if you’ve got a particularly short pen (like a Kaweco AL-Sport or a Waterman 521/2v) you may find you have a hard time getting the pen out of the pen case.

One of the things I was most impressed with, however, was that this pen case could actually manage to support very large pens. I suspect it was designed specifically to support the Franklin-Christoph Model 19 “1901”, which is a very large pen. The top of that pen lines up perfectly with the top of the box. However, due to the construction of the flap, the case is capable of holding pens even longer. I’ve also yet to run into a problem with a pen whose diameter was too large for it to fit nicely in the pen box.

Also a mentioned above, the bottom of the pen case feels a little flimsy to me. If you have pens with pointy ends, like the Stipula Model T or the Edison Collier shown in the picture above, the pointed end actually causes the leather to stick out a little bit. I would have preferred to have a lining layer at the bottom of the pen case to provide an extra little bit of protection. But, it’s a minor complaint.

I should note that, as a leather item, this pen box is going to show some wear over time. I will develop a a patina, particularly where it is handled a lot.In the photos below, you can even see little scratches in the leather, or mild cracking of the leather on the inside of the flap. In some lights, it can even look “dirty,” but I find I really like the broken-in look it develops with use. Leather is a wonderfully “alive” material in that respect, and while your leather pen box may not remain pristine, it will develop a nice personality of its own.

Despite its minor “flaws,” I really like this little pen box. It’s attractive, it’s functional, it’s strong, and it does a wonderful job of protecting my (sometimes rather expensive) pens. Every day, I load three pens into it, and toss the whole thing into the front pocket of my backpack with my laptop charger, USB keys, and other collected detritus of my life. I carry it with me all day long to all of my various meetings.  When I get home, I unload all the pens in it and drop it on my desk to repeat the same process tomorrow.

I find the Franklin-Christoph pen case to be small enough that it’s never obtrusive. If you’re one of those poor unfortunates resigned to wearing a suit to work every day, this would fit quite nicely on the inside jacket pocket of your suit. It can easily fit into the pockets of my windbreakers or (since I live in the Pacific Northwest) fleeces. It would fit nicely in even a relatively small purse. It feels like a slightly oversized iPhone case.

$40 still feels a little steep for a pen case that only holds three pens, but considering that I pay significantly more than that for most of my pens, $40 seems like a small investment to make to ensure that they’re well-protected when I travel. And since I’ve decided I don’t need to carry around 10 pens with me everywhere I go, this is a great alternative. And on that day when I do forget my pen case somewhere and never get it back, I won’t have lost quite so many pens.