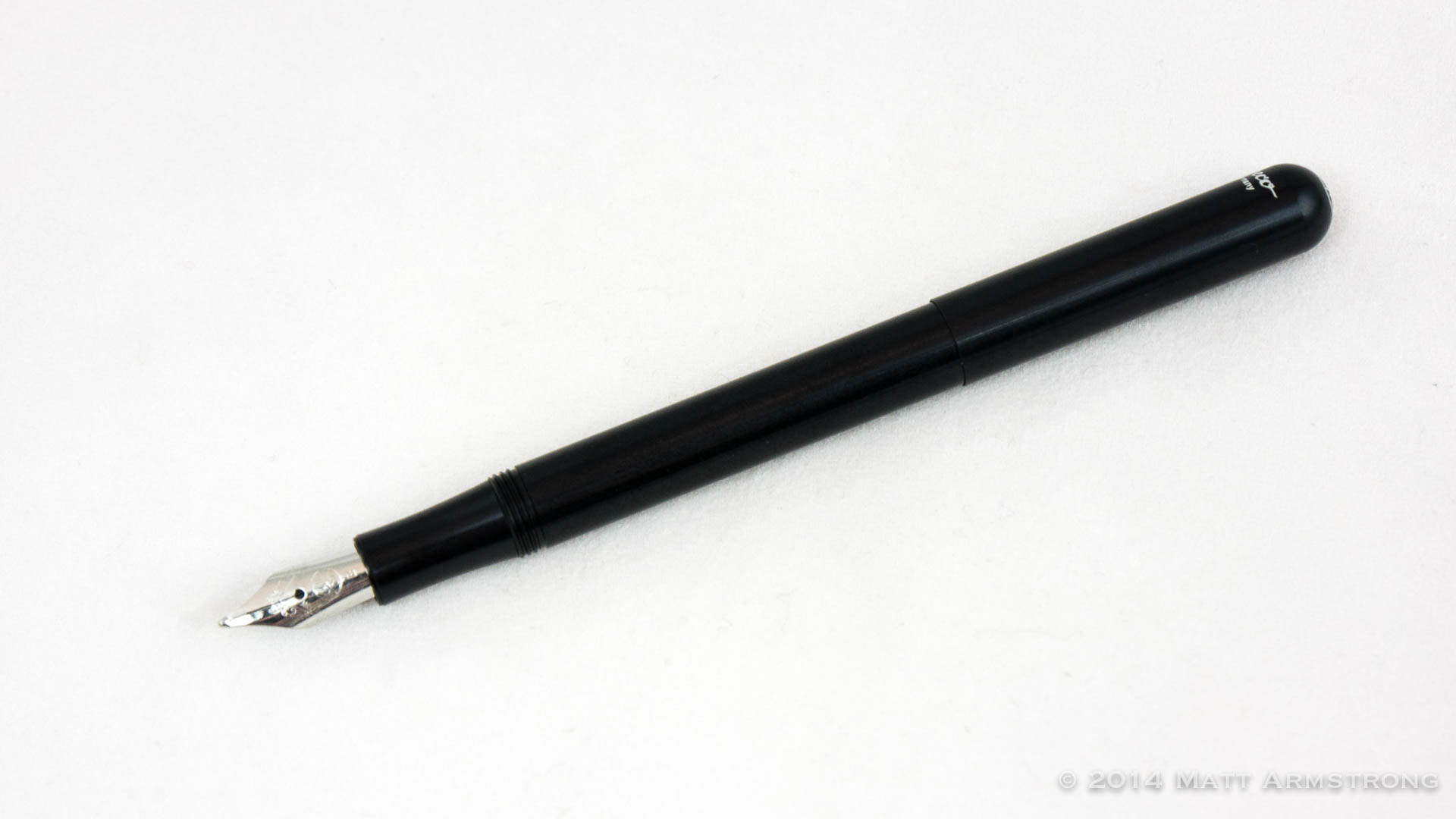 The pen for this review was provided by Kaweco, and will be part of a Giveaway after the publication of the review. No additional compensation was provided. All opinions expressed are solely those of the reviewer. 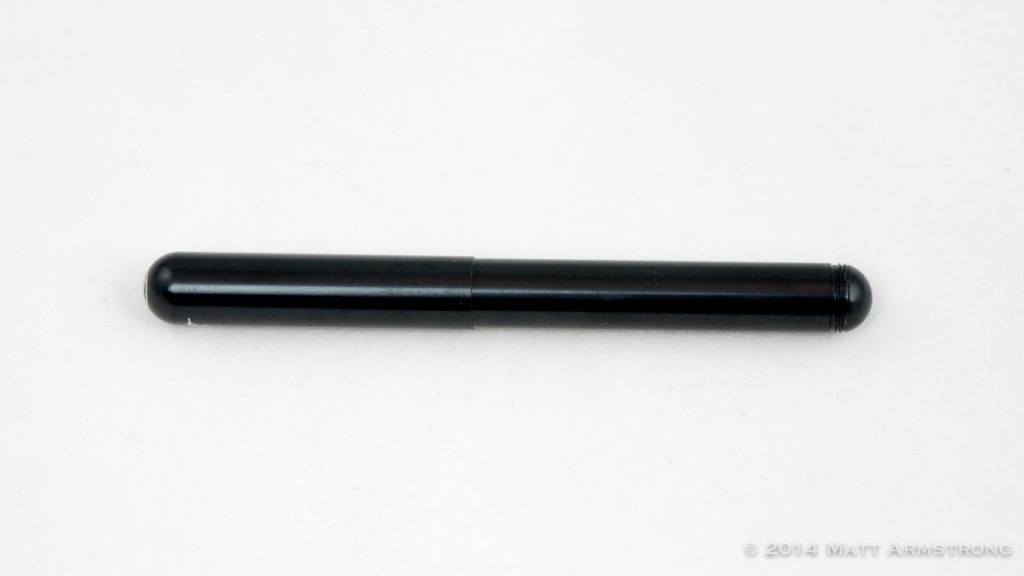 Update (5/8): I have updated some of the text below to correct some erroneous information. Thank you to all of the folks who corrected me.

Little pens. I admit: they’re not my thing. Never have been. I’ve gotten over my dislike of the little pen in a couple of instances (e.g., when the nib is particularly special, or when the material is especially lovely.) But usually little pens are a big fat “no thanks” in my book.

Perhaps the littlest of all the little pens that I’ve reviewed this season is the appropriately named Kaweco Liliput. It’s a tiny pen, about the size of one of those half-pencils you get at the miniature golf course.  It is almost entirely without surface features, looking like a black, enlongated Tylenol. Clearly, if you’re naming a pen the Liliput, it’s, well, Lilipution style is probably the main selling point. And it is that. Unfortunately, from a design perspective, small is about all it is.

Made of metal, the Liliput comes in a whole variety of colors including Black, Copper, Brass, Steel, and the newest addition to the line, the very popular “fireblue.” (I’ll admit, that fireblue finish is pretty dang sweet. Put that on a human-sized pen, and I’d be first in line to order one.) The design of the pen is simple and streamlined. There is a small Kaweco logo stamped onto the rounded top of the pen. There is no clip.  The cap screws onto the body about mid-way down its length. The barrel keeps its cylindrical shape, and has threads toward the end of the barrel which are intended to be used to post the pen.

The Liliput comes with a steel nib.   The steel nib that comes with Kaweco is the same size as the nibs that appear on most of their other pens (including the popular Sport series) and their new 14k Gold nibs, and can be easily removed/swapped out. The pen is too small to accept long cartridges or regular converters. Short cartridges are fine. I don’t know if any of Kaweco’s smaller converters will work with this pen, as I don’t have any to test.

Clearly, using a pen this small unposted is next to impossible, even for folks with very small hands. This is a pen that’s meant to be posted. When you screw the cap onto the back of the barrel, the pen becomes an eminantly usable length. The only real downside to this is that there’s no way to post the pen without screwing in place. This is fine if you plan on using the Liliput for a long writing session, but if you need a pen to take intermittent notes during a meeting or a presentation, constantly having to screw and unscrew the pen on the barrel will get to be tedious.

For me, though, the biggest issue is not with the pen’s length, but with its width. It’s a very narrow pen—far narrower than I prefer to use. I don’t have any wood pencils in my house, but I wouldn’t be surprised if this pen is narrower than a standard #2 pencil.

As for the writing experience itself, the pen is a Kaweco and it shows. Every Kaweco steel nib I have tried has the exact same characteristics: It’s a little dry, but very smooth, and runs finer than you would expect for a European-made pen. The wetness factor can be adjusted, which is generally would I would do with the pen were I to keep it.

It’s clear to me that the Kaweco Liliput is a well-made pen. Despite its diminutive size, it is light but feels solid. The threads are smooth, despite being metal-on-metal. The nib is a smooth, if somewhat dry, writer. It’s just too small for me. I can’t think of a single good use for this pen: it’s too small to put in your pocket. It’s not sized for long writing sessions, but isn’t convenient enough for using intermittently for notes because of the method of posting the pen. It’s clear that there are folks out there who really love the cute little Liliput. I’m just not one of them.