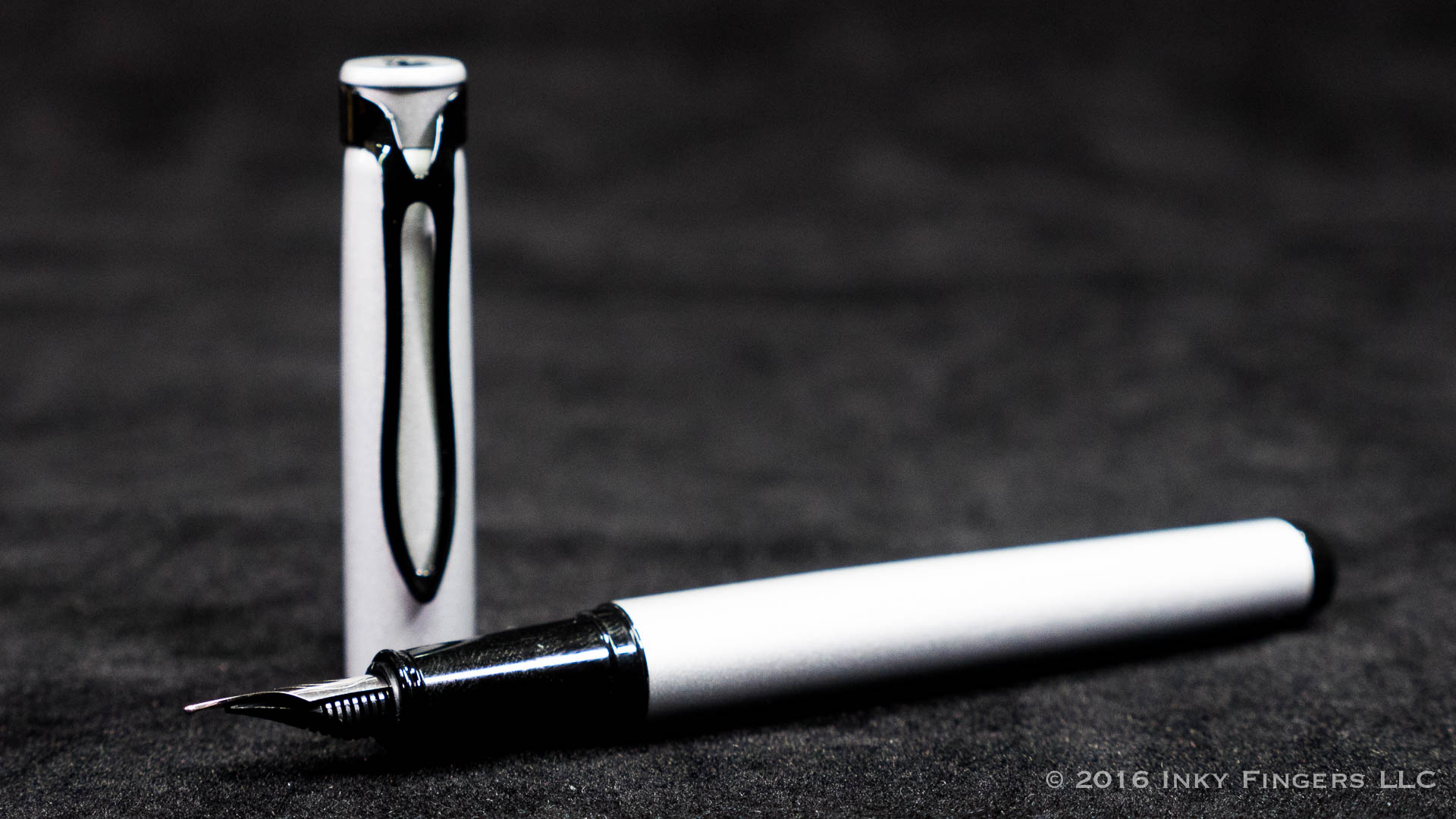 The pen for this review was provided free of charge by Goldspot Pens in exchange for an honest review. No additional compensation was provided.

The entry-level fountain pen market is an interesting place. A lot of companies avoid it entirely. Those who do cater to new fountain pen users often seem to assume that those users are young children. Their entry-level designs focus on cheap plastics, bright colors, corrective grips, or funky shapes (e.g., Lamy Safari, Pelikan Twist, etc.)  There is also a slew of cheaply manufactured pens with questionable quality control that flood sites like eBay. When it comes the most highly recommended of the starter pen lot, there are really only two major players in this niche: the Lamy Safari the Pilot Metropolitan. The Safari, with its triangular grip and candy colors feels more targeted toward the young market, and the Metropolitan, whose traditional cigar-shaped body comes in both traditional and flashy colors. 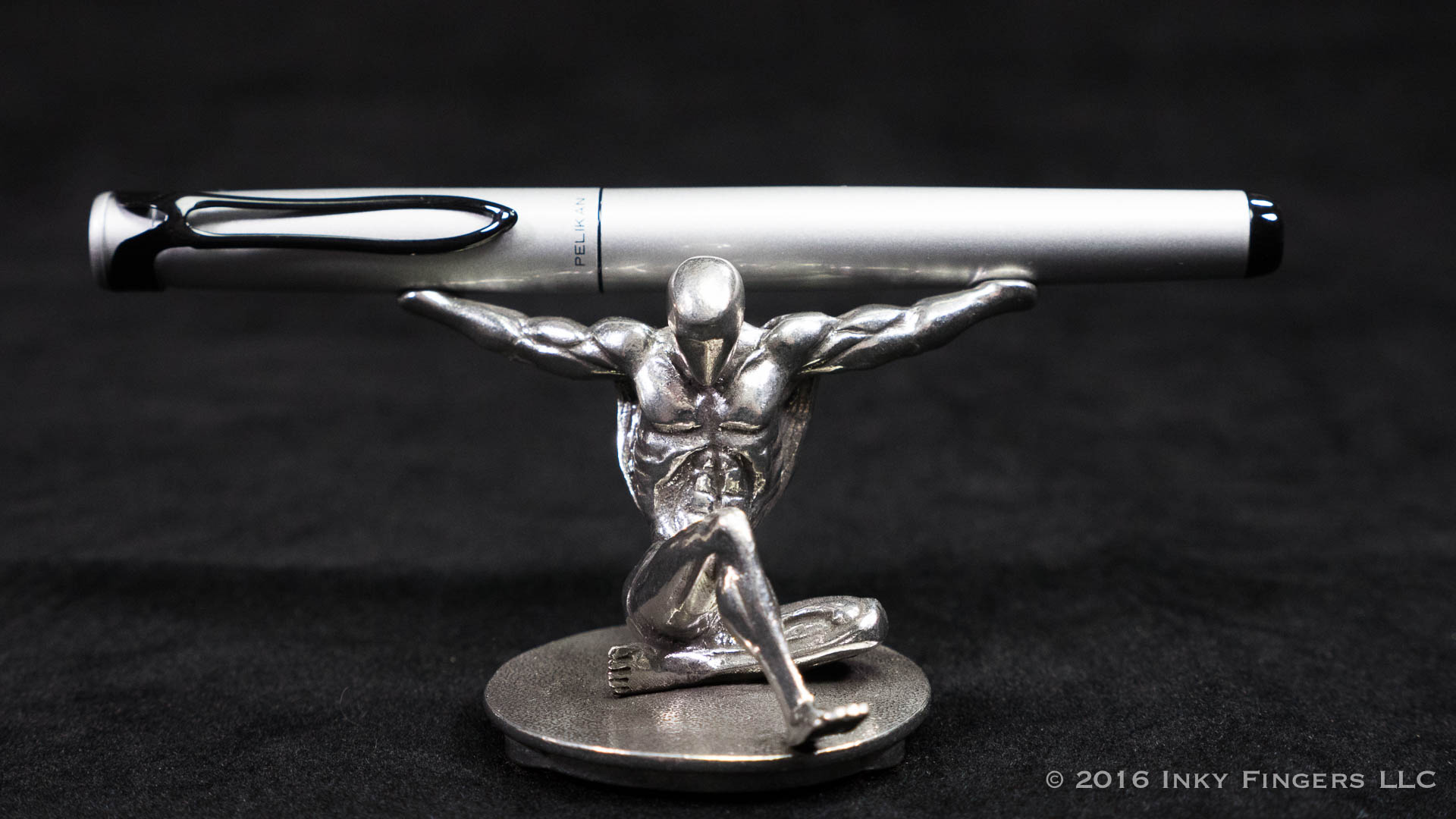 With the dating apps in london, Pelikan appears to be looking at expanding into a slightly more professional market for starter pens. In a lot of ways, I think they have managed to strike a nice balance between modernity, professionalism, and cost. It’s not a perfect pen, but it does have a lot going for it. 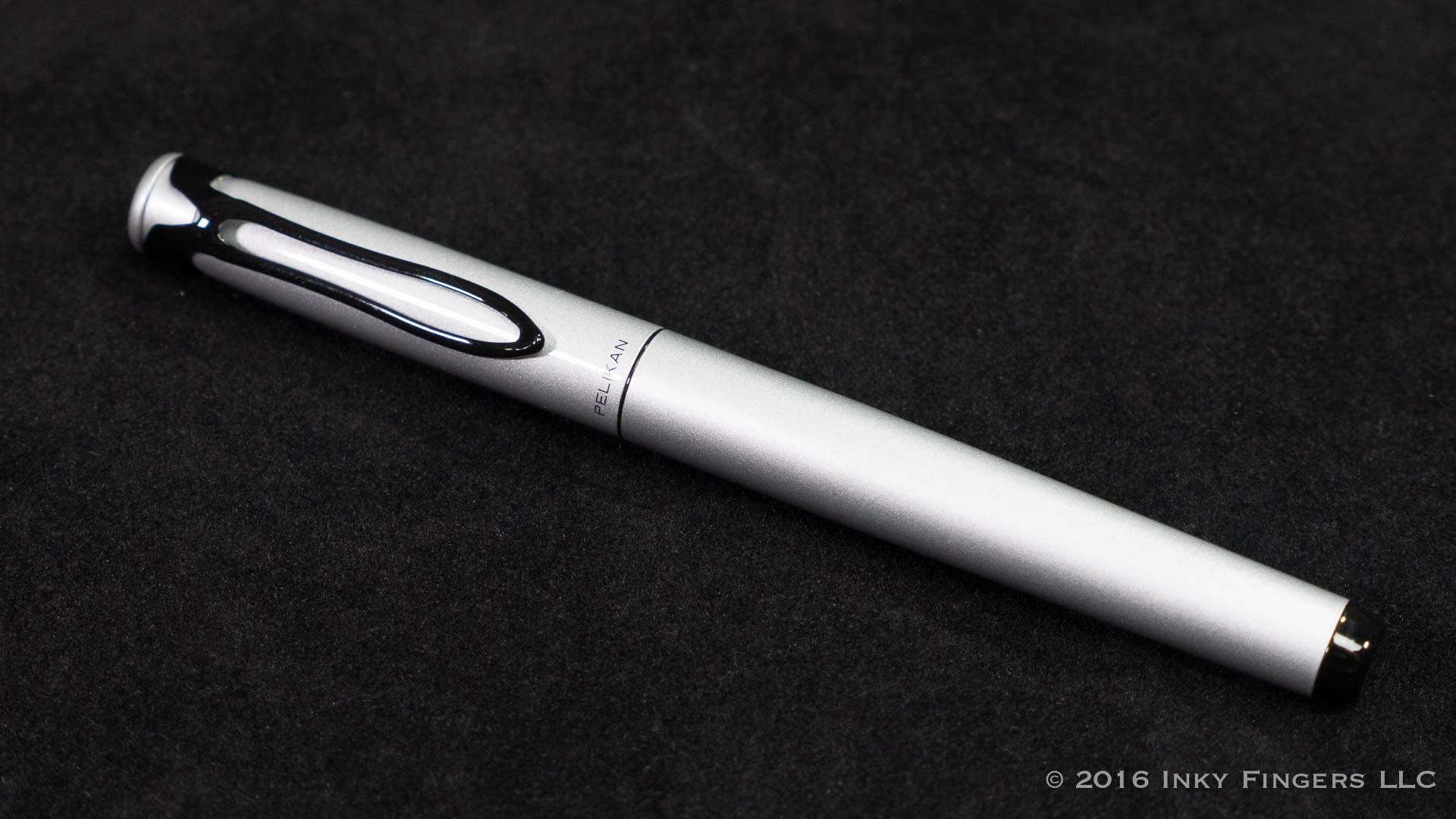 The dating apps in london is a smaller, inexpensive pen that sports an understated, streamlined, and clean design. The pen is drawn and stamped metal (rather than machine turned) which wisely results in thinner walls and a lighter weight. The pen features a smooth and shiny metallic silver lacquer offset by glossy black accents. 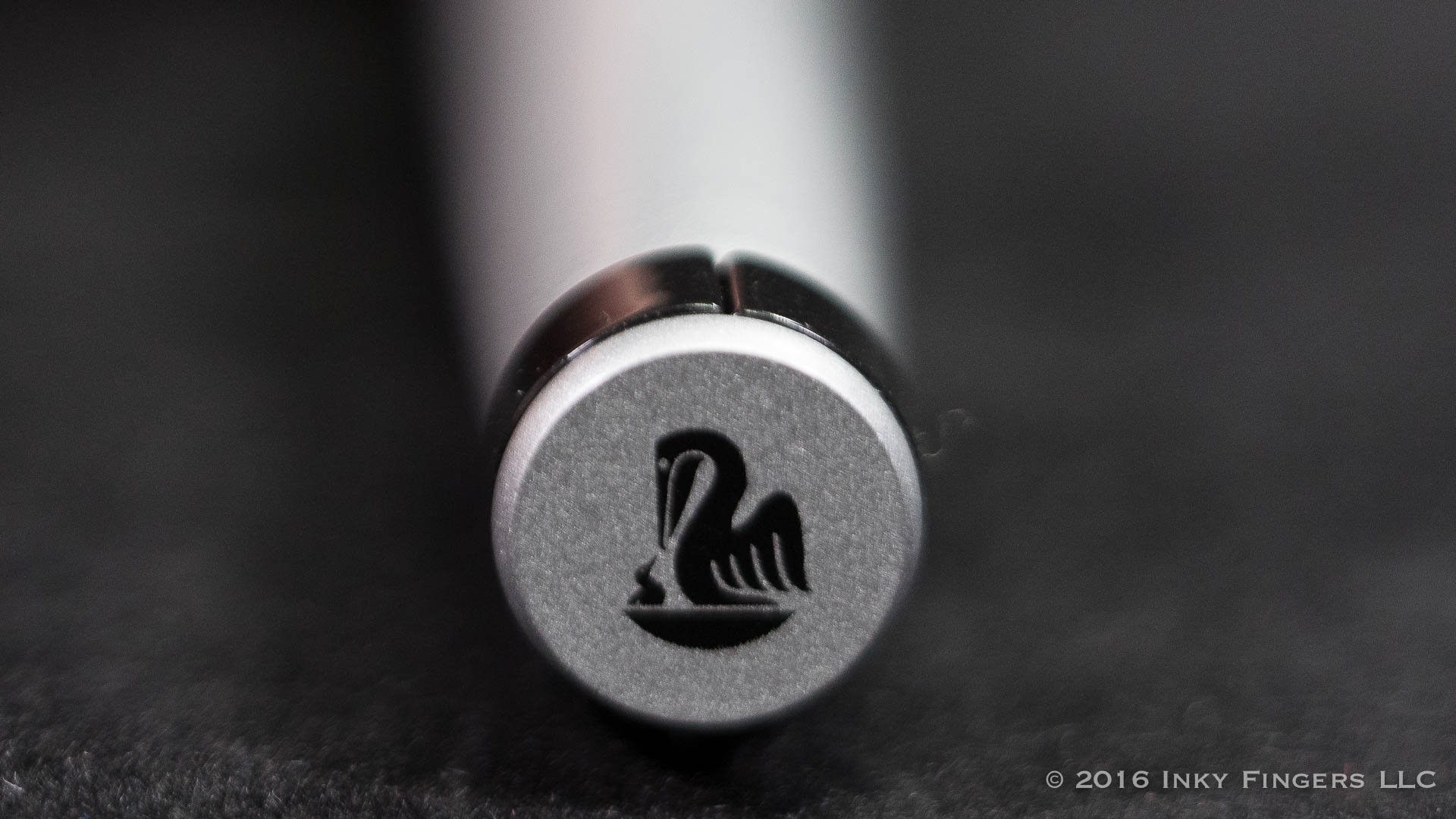 The cap of the dating apps in london is cylindrical, with a silver finial onto which is stamped the Pelikan logo in black. The clip, which is made of stamped metal, is a graceful, sweeping shape that wraps around the finial and attaches via a slot in the back. The clip is stronger and springier than the slender curves might lead you to believe. The only other decor on the cap is the name “Pelikan” sitting on the cap’s lip. The pen’s barrel tapers down slightly until it reaches the shiny black plastic finial at the end. 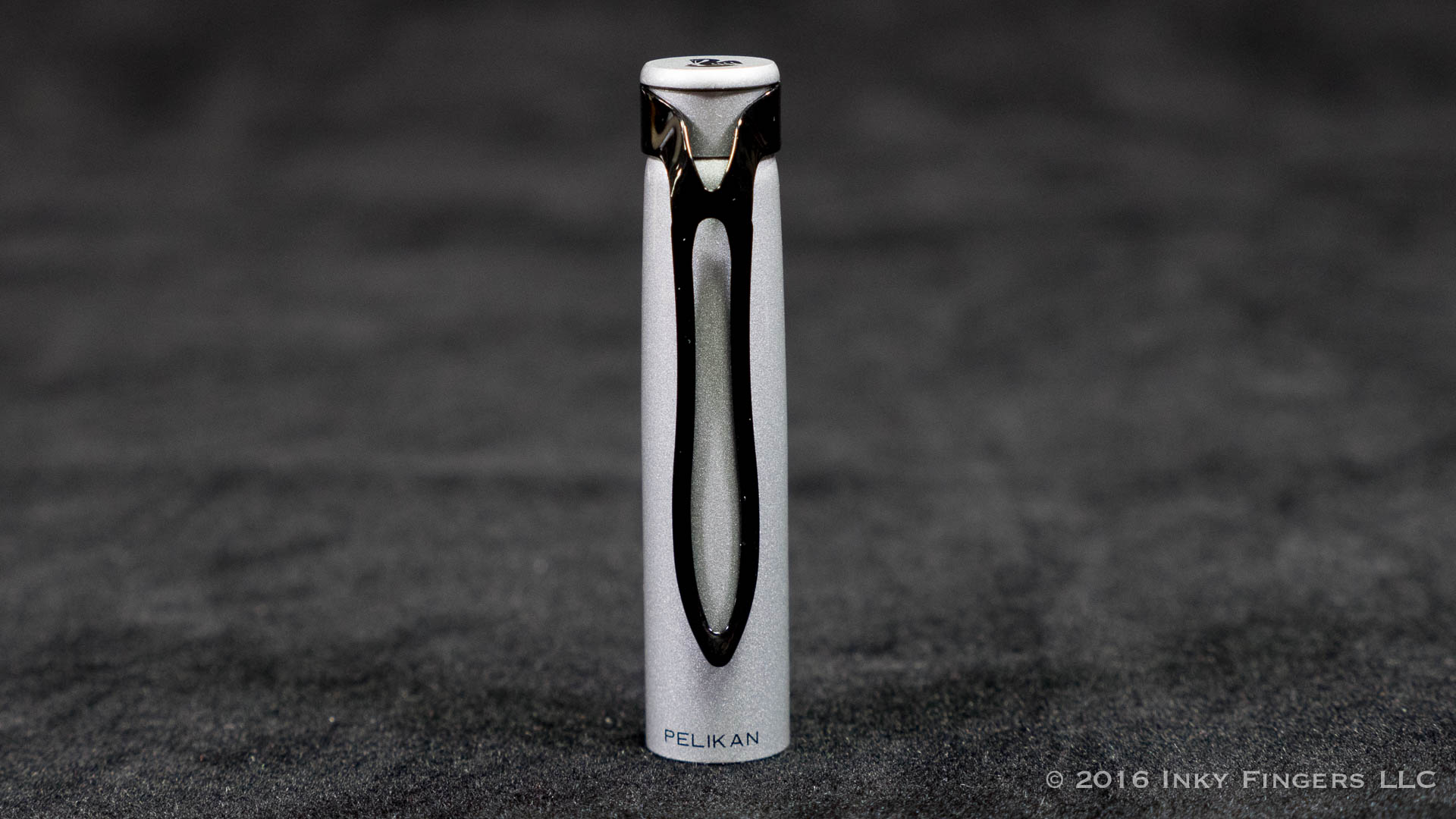 Under the snap-on cap, you get a tapered section of glossy black plastic, which flanges out a bit before coming to the steel nib. The pen’s section unscrews to accept standard international converters or long or short cartridges. (The pen comes with only a single large cartridge and no converter.) I think it a wise move on Pelikan’s part to use the standard international system for filling, and to design to support the long cartridges. This, in my opinion, makes the pen more valuable—allowing access to a much larger range of high-capacity ink cartridges than the proprietary systems of Pilot or Lamy support. I do wish that Pelikan had spent the pennies necessary to include a converter, but none of the German manufacturers in this price range include converters in their pens (Lamy, Faber-Castell, or Pelikan.)

Looks-wise, this is an attractive, although somewhat sterile-looking, pen. Were it not for the unique clip, this pen would feel almost generic. In the hand, though, a few problems crop up for me. First, this pen is slippery to the touch. All of it. The lacquer, the plastic of section, the cap: it’s all slippery. If you are prone to sweaty hands (as I am), a super-glossy untextured finish on what is already a somewhat undersized section, can make for some issues with the pen sliding around in your grip.

The pen is also on the short side. It’s still usable for me unposted, but just barely. Sadly, the addition of the plastic inner cap screws up the pen’s tight manufacturing tolerances, resulting in a pen that can’t be posted. As someone who doesn’t usually post pens, this would not normally bother me. But coupled with the glossy finish and the shorter section, this pen doesn’t sit nicely in my hand. I believe this pen would fit some people (especially those with smaller, drier hands) wonderfully. It’s just not the right fit for me. 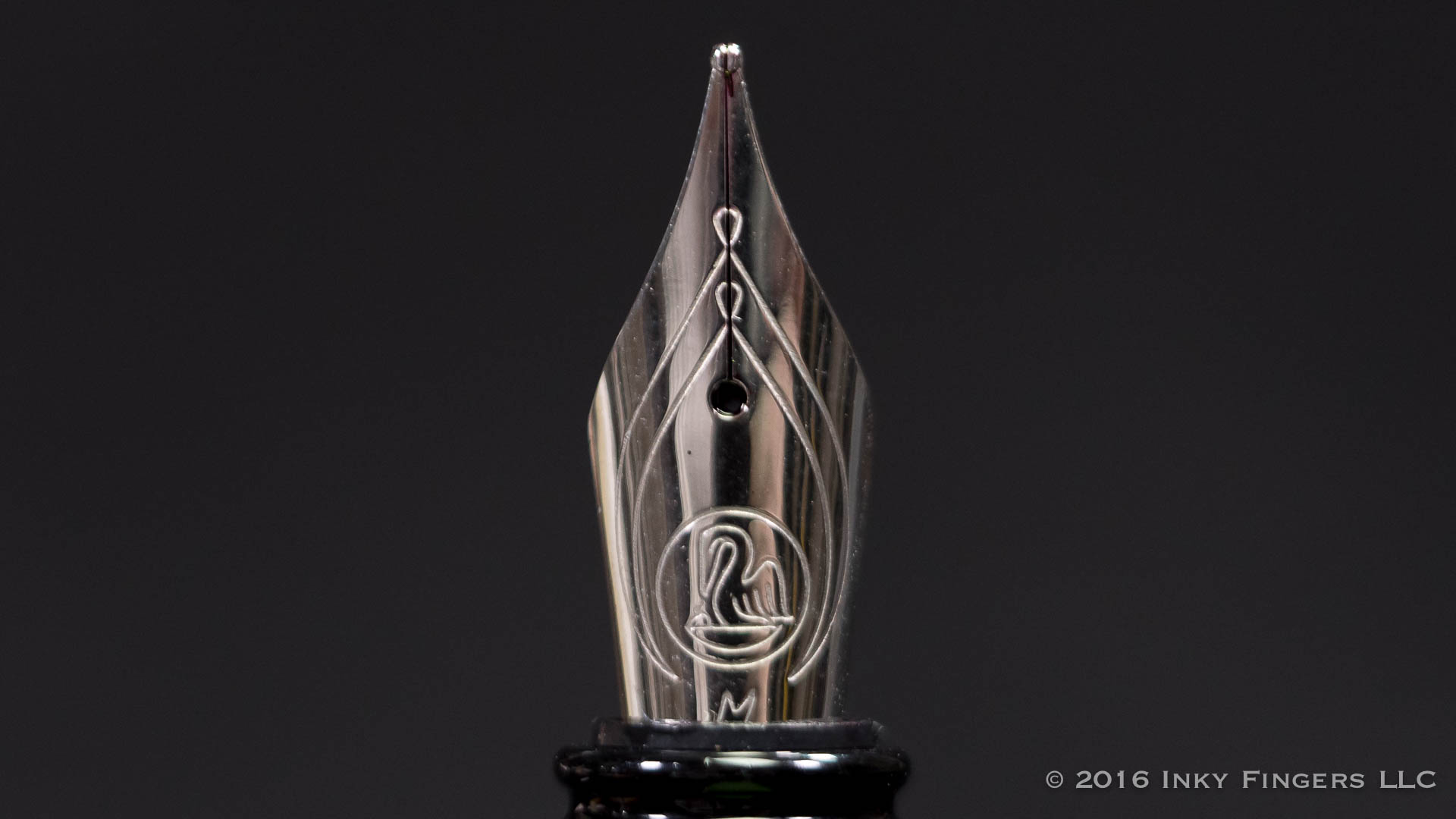 While the pens’ form factor may not be the best for my spider hands, the pen’s nib is pretty great. This nib looks a lot more like a “standard” shaped nib than it does like Pelikan’s longer, slimmer nibs. It writes very well. Using a cartridge, the pen hums away tirelessly on a smooth nib with a bit of pleasant feedback. (2.5 on the MAFS). It does have a tendency to start off quite wet, but it quickly settles into a regular ink flow. I was able to write pages upon pages with absolutely no performance issues. 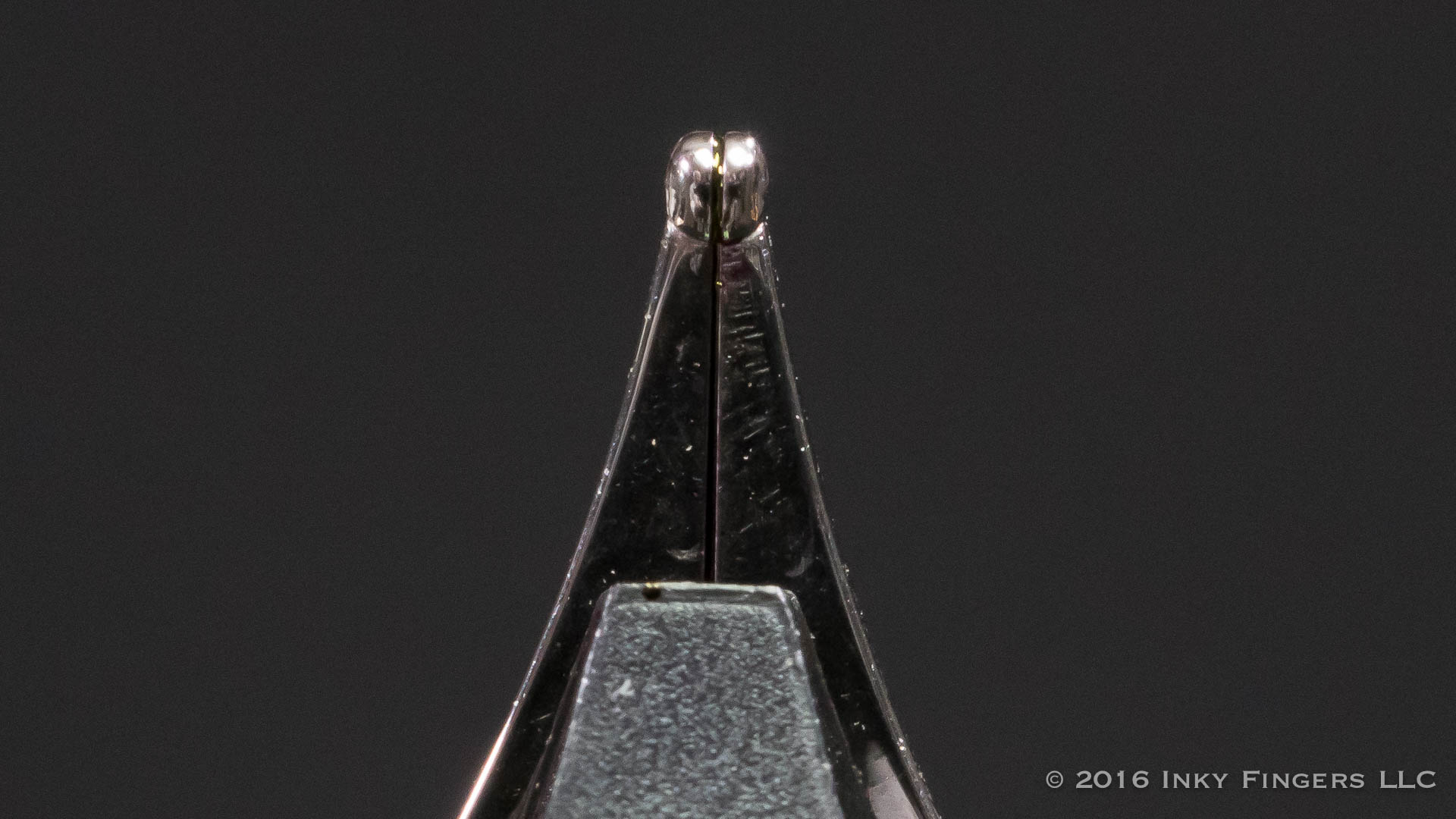 At a retail price of $36, the dating apps in london is a direct competitor to pens like the Lamy Safari/AL-Star and Faber-Castell Loom. The more contemporary and refined design of the pen makes me consider the dating apps in london a major contender in the “Starter Fountain Pen for Grown-ups” category. I like the look and the nib of the Stola more than the Safari, and the nib is on par with the nib on the Faber-Castell Loom, which is one of my favorite pens under $50. It is more than twice the price of the Pilot Metropolitan, however, and the Metropolitan comes with a converter while the Stola III does not. I prefer the nib on the Stola III to that of the Metropolitan, though, as the Metropolitan nib tends to write with a finer line than I prefer, and exhibit more feedback.

This is a pen I like a lot, but would like a lot more if I had smaller hands. If I could give any feedback to Pelikan for the Stola IV, it would be to taper the barrel end just a bit more so I can post the pen. If you allow me to do that, this is a pen I think I would love. As it is, it’s a pen I like, and it’s a great entry into the world of Pelikan at the same price as Lamy or Faber-Castell.