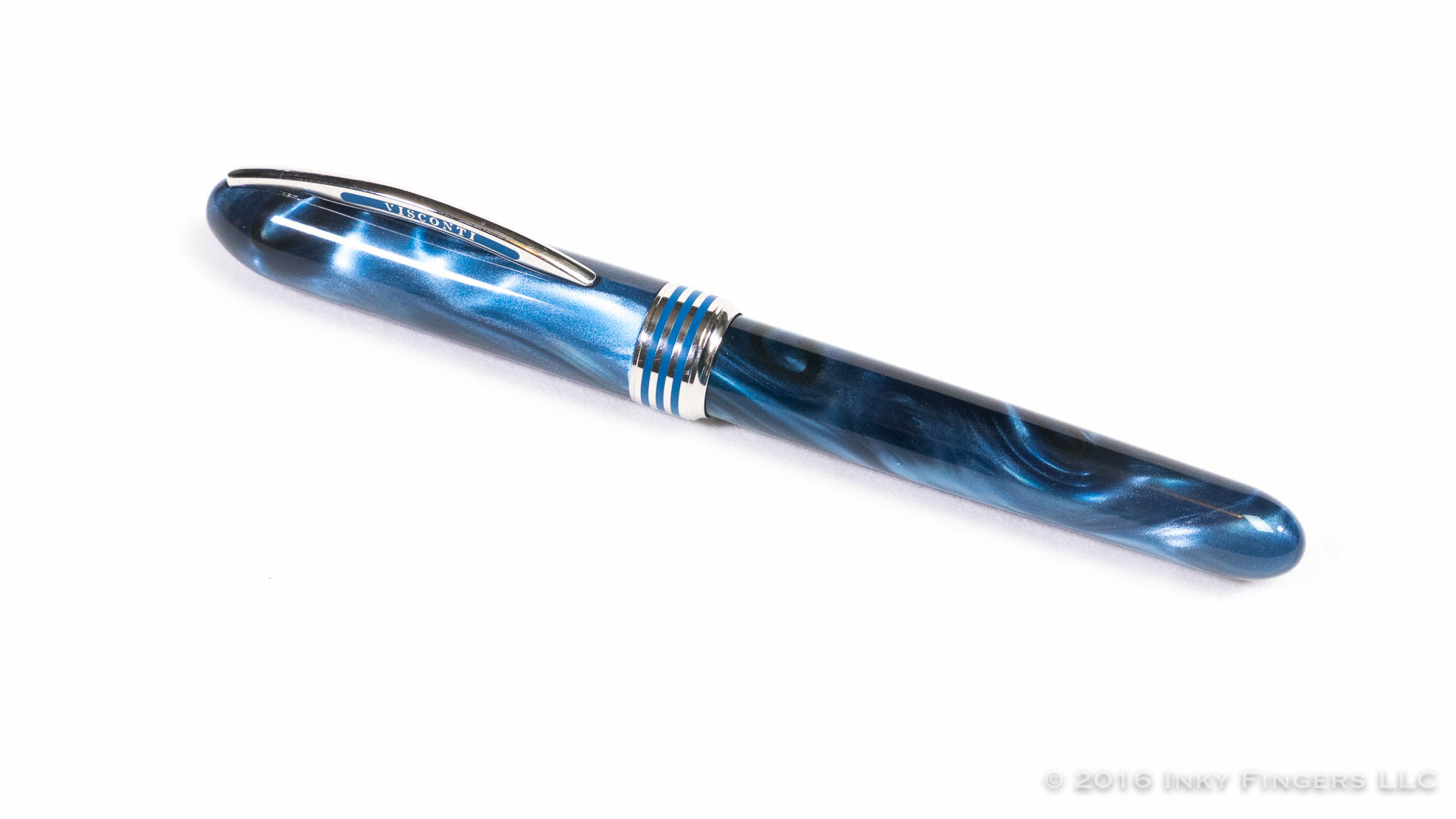 When I was in college, I was required to take several semesters of modern dance. I’m not a great dancer (as anyone who has seen the opening video of Season 3 can attest). Of all forms of dance, “modern” dance is one of my least favorite. (It’s second only to ballet, which I loathe with the fiery passion of a thousand suns.)

In my second or third semester of modern dance, we were given an assignment to choreograph our own routines. When the day of performance arrived, each student stood up before the class and told us what the dance was supposed to mean. (“This dance is about the starving children in Ethiopia” or “I wanted to explore my relationship with God in this piece.”) Whether or not the movement was well-executed, whether or not the dance itself was attractive, most of the time, the movement had nothing to do with the story. In fact, had the students not explained the “story” in advance, I wouldn’t have been able to determine that there even was a story. The students were unable to allow the beauty of the movement to be its own reward, and instead had to attribute their movement to some unrelated story. 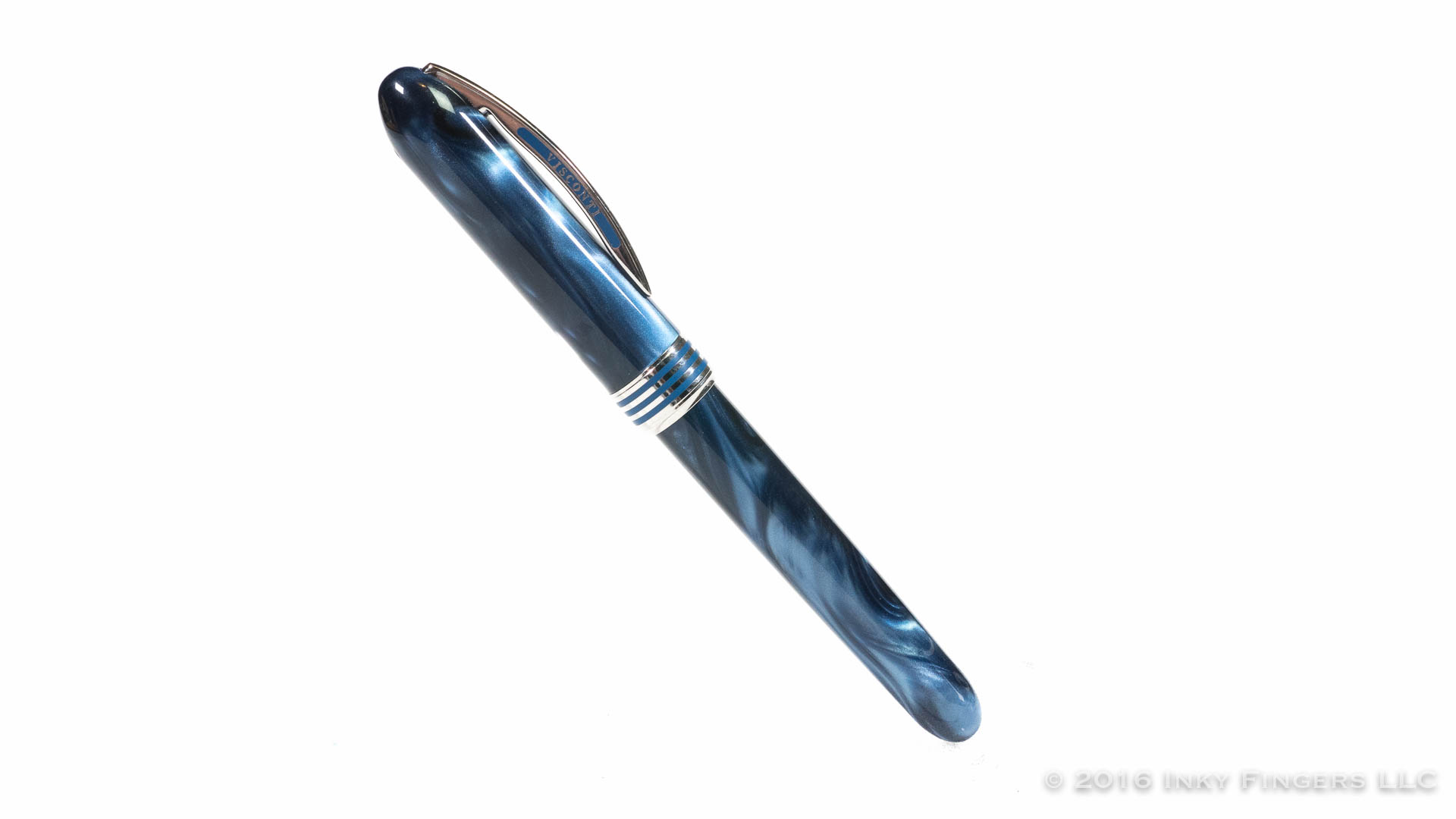 Italian pen maker Visconti is the king of this type of artistic attribution. Their pens are usually gorgeous, well-made writing instruments built from spectacular materials. They often write beautifully. But the marketing copy about the design inspiration seems only tenuously connected to the physical object. Such is the case with one of Visconti’s newer offerings, the Visconti Saturno. Supposedly inspired by the planet Saturn, the Saturno uses only tangentially connected design elements give the pen more gravitas than it actually requires. 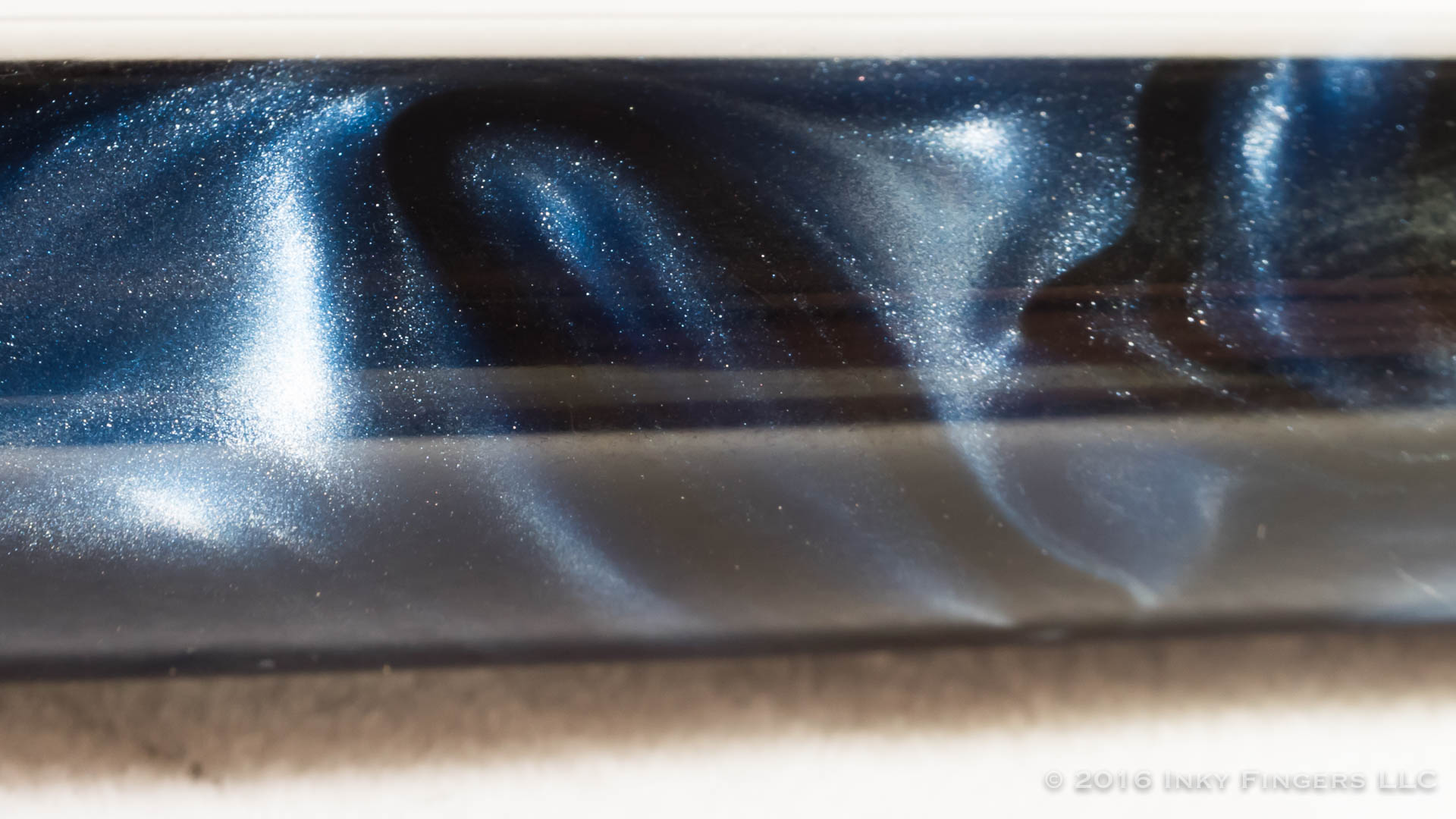 The Saturno is another limited edition pen from the manufacturer, coming in four colors of 88 pieces each. Each color is named after one of Saturn’s moons: Green Lapetus, Black Rhea, Brown Dione, and Blue Titan. The pen is made out of beautifully swirly, chatoyant resin with Visconti’s usual attention to detail in the manufacturing. The pen provided for this review was the Blue Titan, which is a deep, lovely material with a lot of motion in its depths, dark blue and pearlescent silver-blue swirling haphazardly about with streaks of black. In fact, I am fairly certain the resin used for the Blue Titan version of this pen is the same resin used in my michael dating on the spectrum. 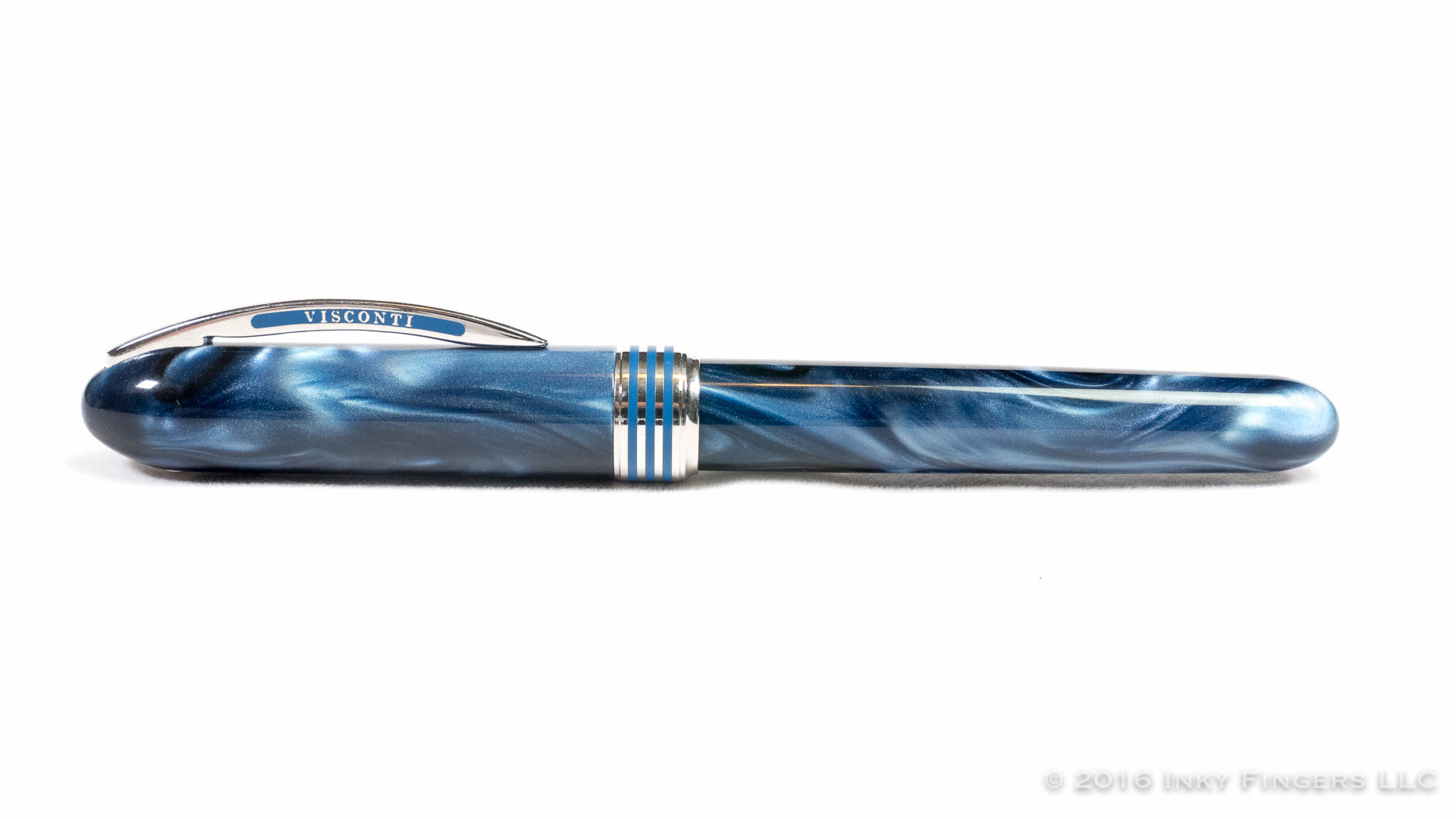 The pen has a relatively understated profile. It is close to a cigar-shaped pen, but with blunted tips. The cap features a spring-loaded version of Visconti’s traditional bridge clip in silver metal. The Visconti branding on the side of the clip is offset by blue lacquer that corresponds with the colors of the pen’s resin. When it comes to the bridge clip, you probably already know how you feel about it: I rather like the look, but many others just loathe it. 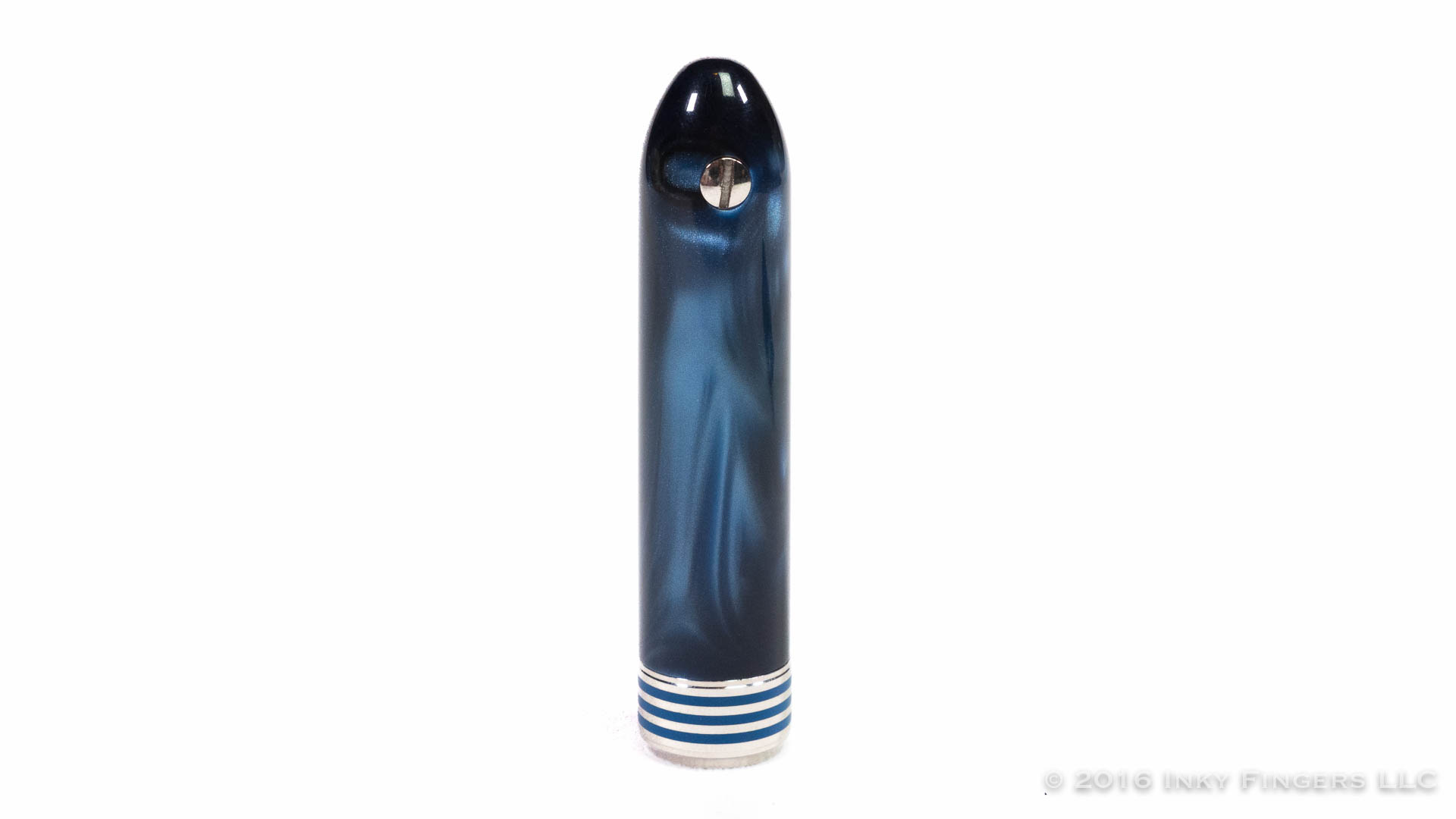 Opposite the clip is a small silver screw that, set into the swirly material, does almost feel like a small moon set amongst a churning starscape. (It’s an effect that does play back to the “Saturn” story more on this particular pen due to the blue/black color.) The cap band is decorated with three enameled rings in the same blue color as the side of the clip, which are supposed to represent the rings of Saturn. The rest of the barrel is clean-lined and unadorned, which shows off the nice movement of the resin. 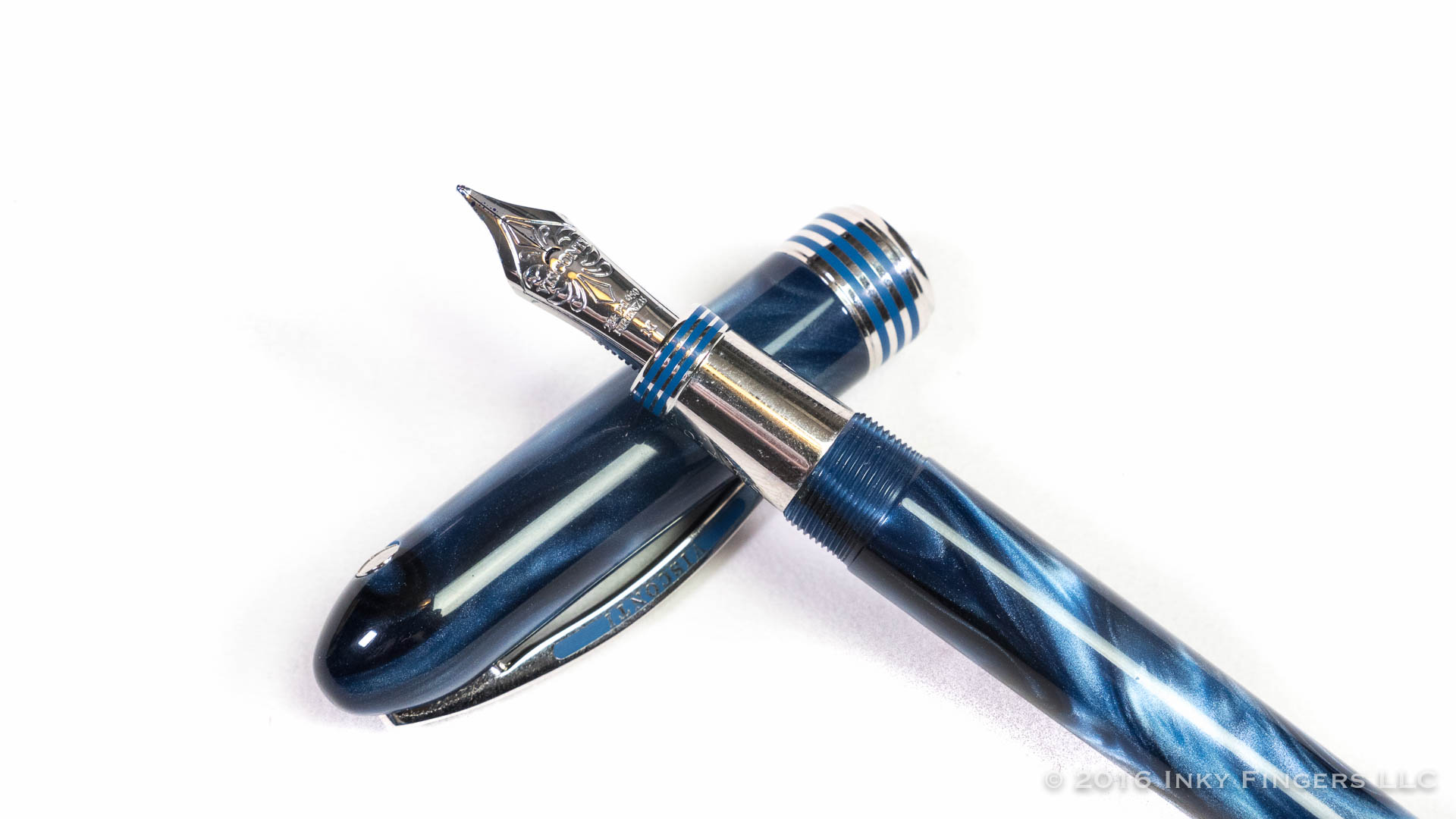 It takes 1 3/4 revolutions to remove the cap and expose the section and nib. The section on this pen is, unfortunately, a glossy metal section that tapers slightly toward another three rings in the same blue color as the rings on the cap. The side of the section has the limited edition number engraved. The section meshes with the barrel on metal threads that have been glued into the barrel, so the pen can not be used as an eyedropper. Instead, Visconti provides a high-quality converter with a metal piston knob that also screws into the tenon of the section for a secure fit. 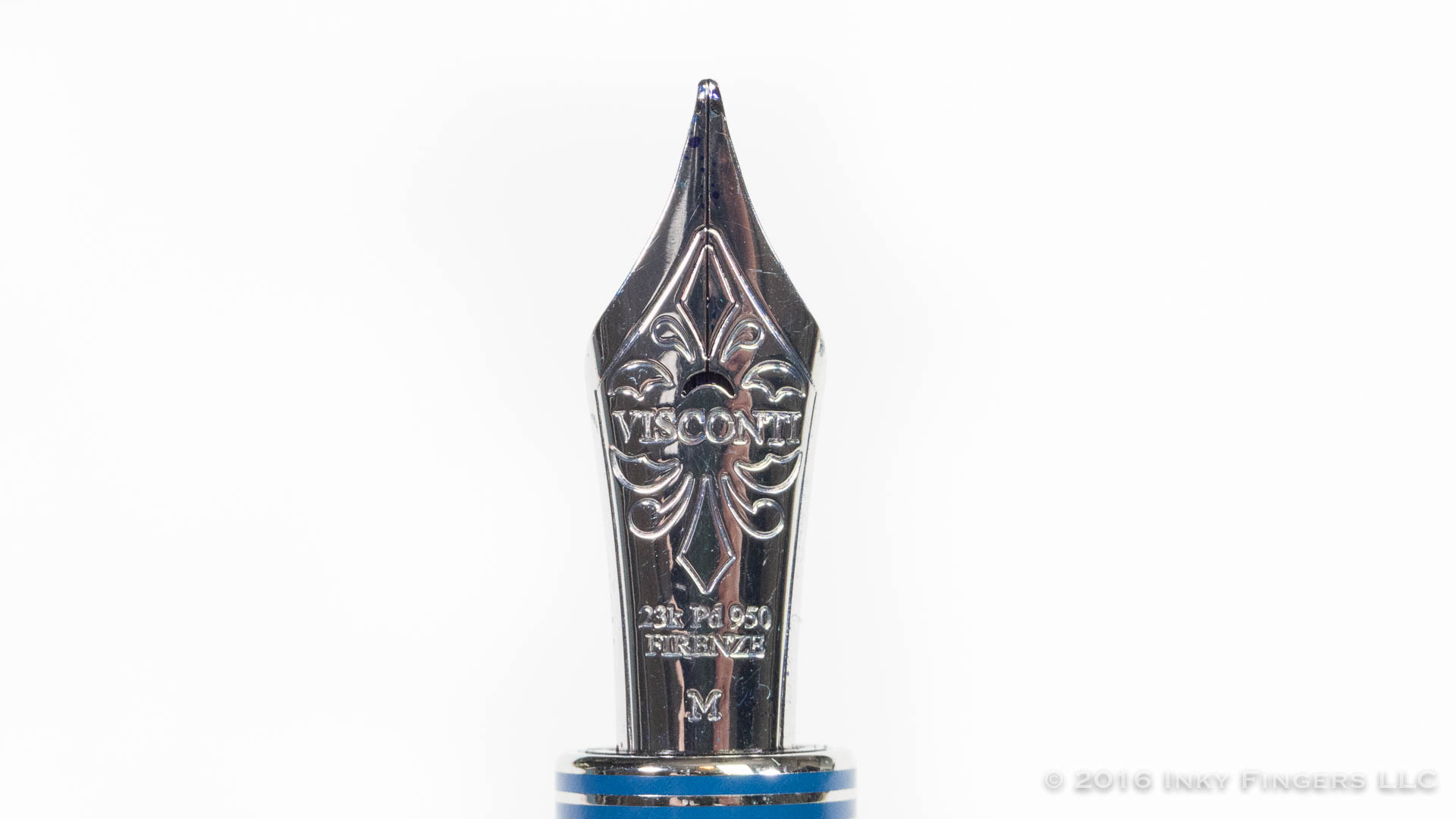 The nib on the Saturno is Visconti’s well-known 23k palladium “Dreamtouch” nib. On the Blue Titan Saturno, it is a single-color silver nib. I really like the Visconti Dreamtouch nibs. They are soft, with a very cushioned bounce. They’re just a couple of short steps away from spongey, but still smooth and wet, just the way I like my nibs. The medium nib on this pen is a gorgeous, smooth, low-feedback writer with a nice, wet ink flow. It does write on the broad side for a medium nib as you might expect with such a soft nib. The nib has virtually no feedback, coming in at around a 2 on the MAFS. 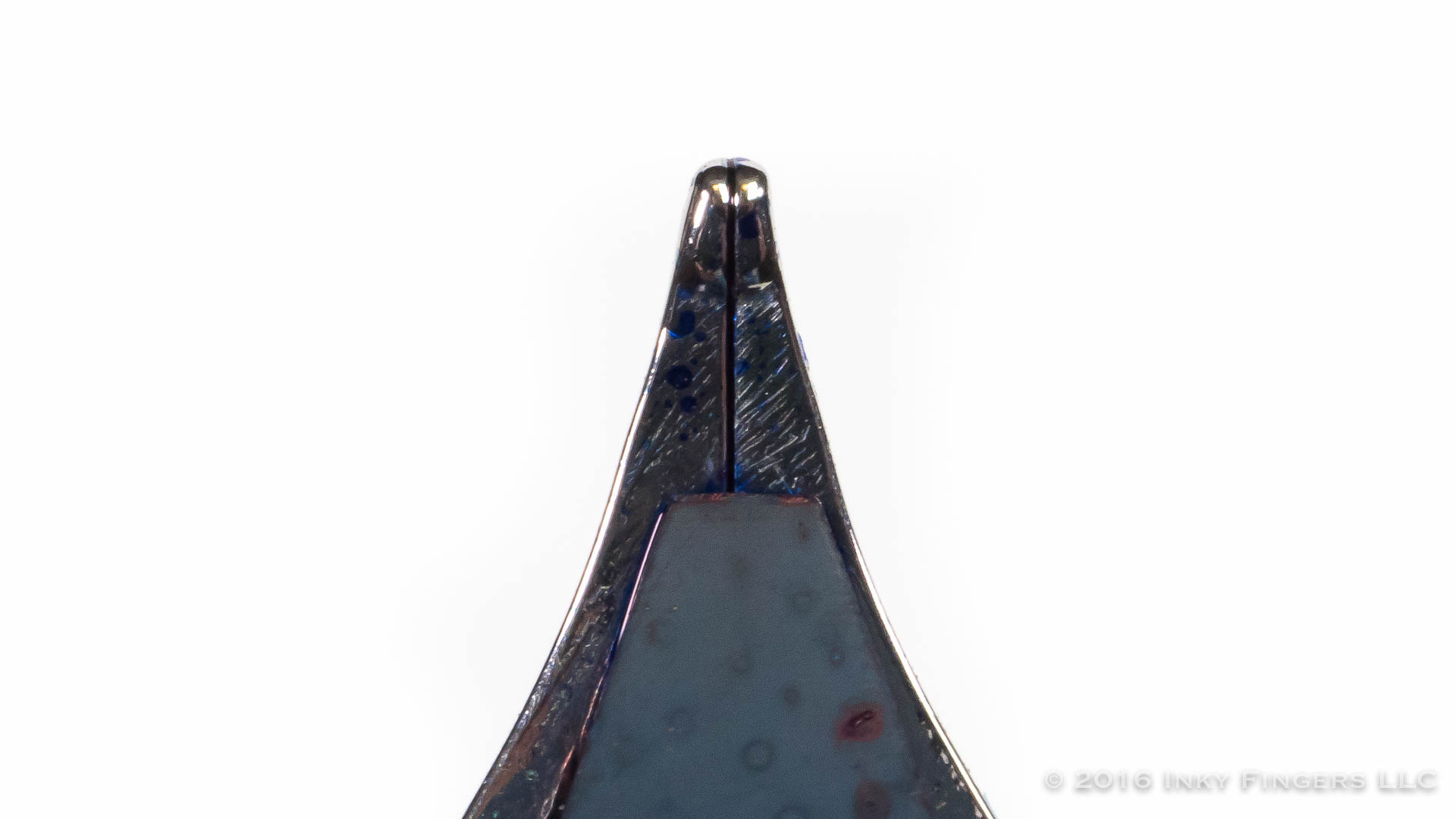 In general, I find the way this pen writes to be nearly perfect for me. Even with the wet ink flow, I ran into no issues with ink starvation. There were very occasional hard starts. Most of those rare hard starts happened on Rhodia paper: the result of a smooth nib meeting up with glassy paper. On any other paper, I never really noticed the issue. 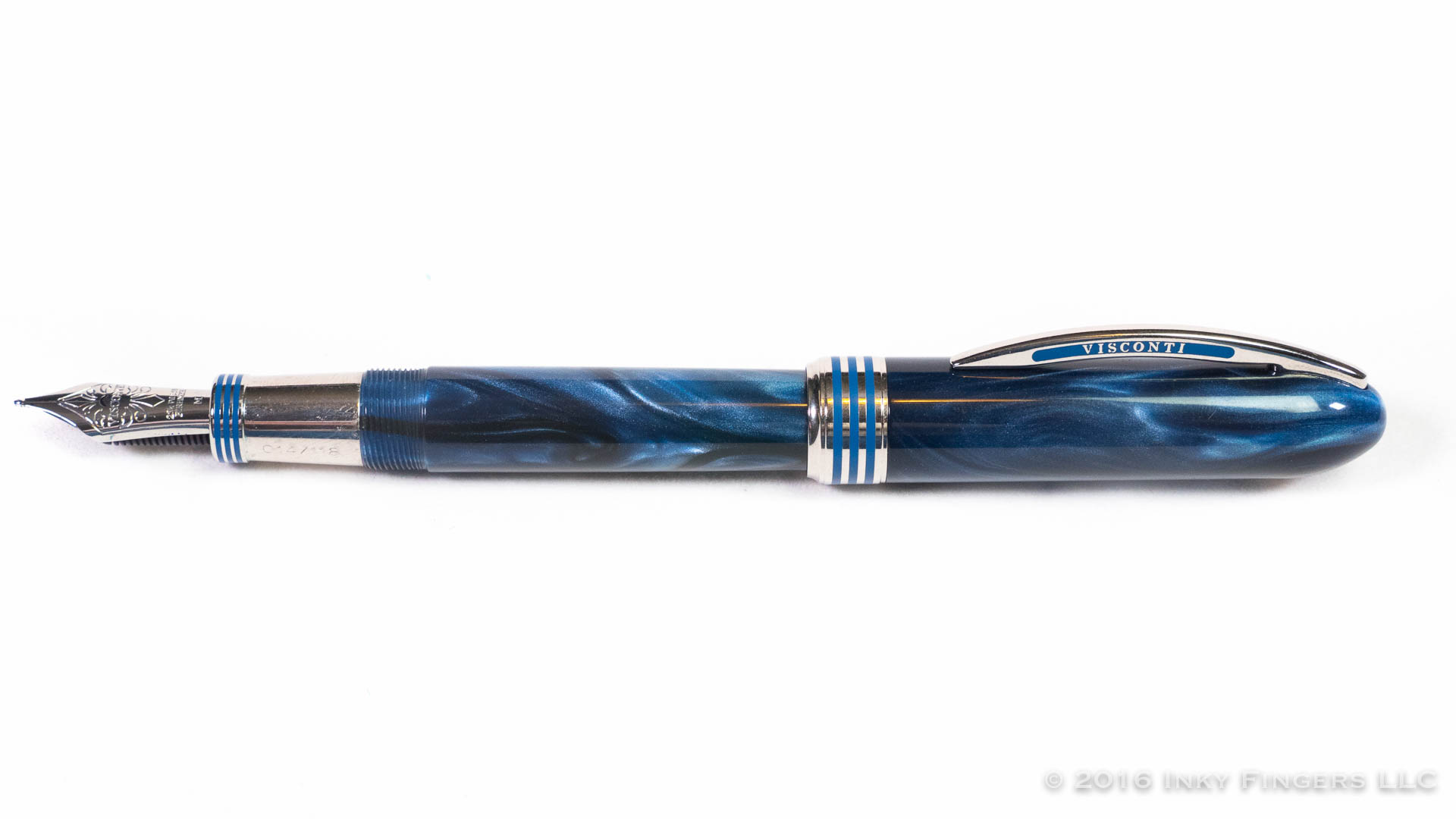 In the hand, things were a touch less rosy for me. It was a nicely-sized, nicely-weighted, and nicely-balanced pen. I could write with it posted or unposted, although I preferred the unposted version. I did have a bit of an issue with the section, however. I generally try to avoid metal sections on my pens—especially metal sections with a high-gloss finish. For starters, they pick up fingerprints quite easily, and that bugs me. Also, depending on how the section is shaped, the glossy metal sections can get a bit slippery for me. My only real complaint about this pen is that the section only has a very slight taper and, when combined with the glossy metal, tends to get slippery for me. The result is that I often find myself gripping to hard.

The Visconti Saturno fountain pens list at $595USD, and will usually retail for around $480. That is a lot for what is actually a fairly simple and straightforward pen. It sits right on the “worth it” line for me. It is a spectacular writer, and it’s quite attractive. This is one of Visconti’s least expensive offerings if you want to try a Dreamtouch nib (which I highly recommend.) The metal section is a bit of a downer for me, though.

With the Saturno, though, I feel like you’re paying more for the story behind the pen and its limited nature than for any physical attributes that make this pen special or unique. Much like my college classmates who tried to ascribe meaning to largely unrelated inspirations, the Saturno is a nice (albeit simple) pen that tries to make more of its design inspiration than actually appears in the finished product. It’s a nice pen; it’s just a little full of itself.

The pen was loaned to The Pen Habit by Goldspot Pens in exchange for an honest review. No additional compensation was provided. All opinions expressed herein are my own.