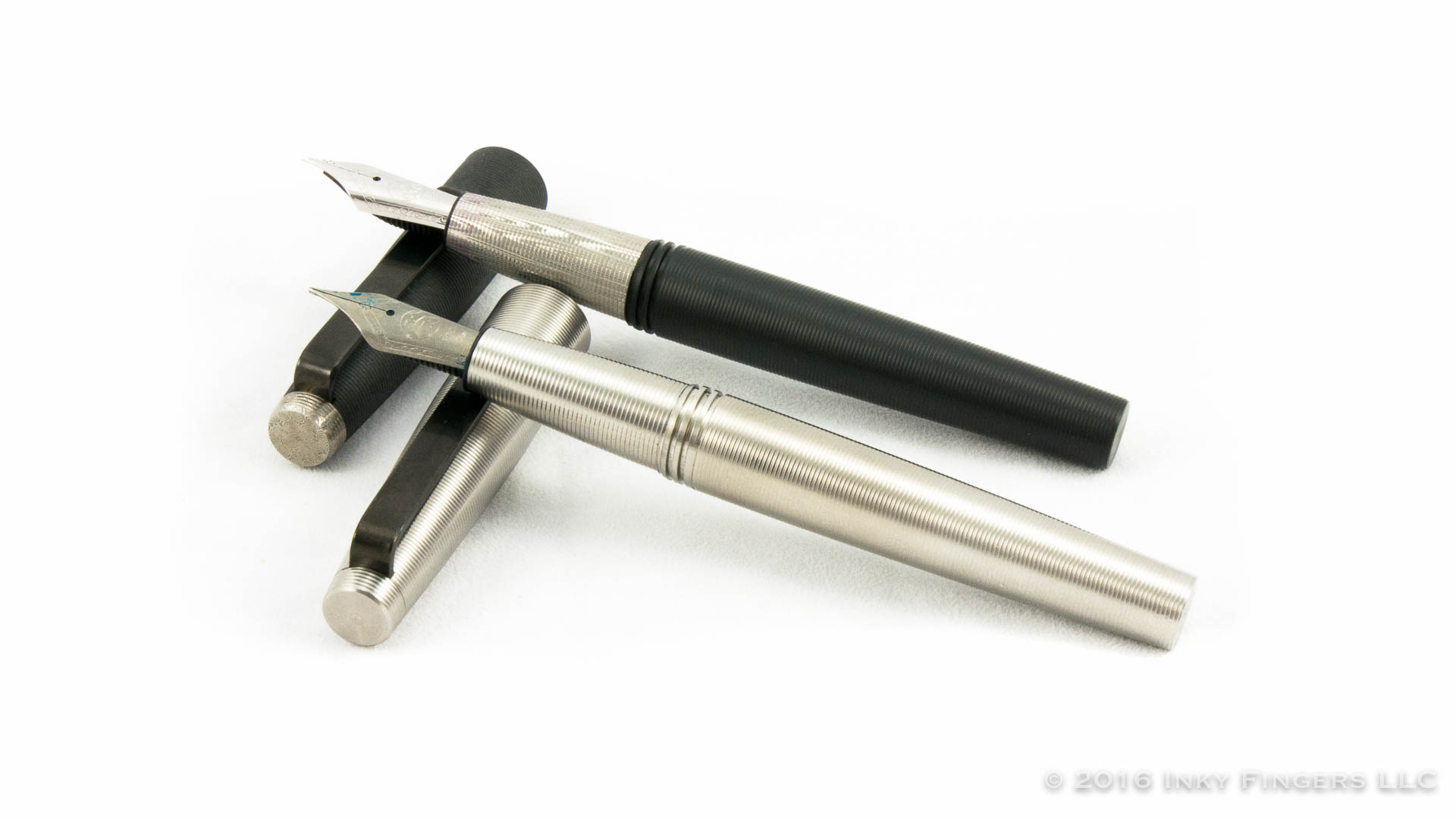 In late 2015, a gentleman named Will Hodges, owner of the company Tactile Turn, launched a campaign on the popular crowdfunding site Kickstarter. Will was no stranger to Kickstarter, having used it to launch earlier products. To call this new campaign a success, though, would be a gross understatement; before the campaign ended, Will met, then blew right past, his goal.

I don’t normally support Kickstarter campaigns. I have long since moved beyond my days as a rabid early adopter, and my life in the technology sector has taught me to be rather leery of the possibility of vaporware. But Will’s company had a track record of quality products and delivering on previous Kickstarter campaigns, so I was willing to give this one a go. He had also been approaching various bloggers and reviewers with actual working prototypes, so it was clear this was more than just a whacky idea someone had dreamed up but that would never actually come to pass.(*cough*ScribblePen*cough*)

One of the things that made the free muslim dating apps an unusual offering is the sheer number of options available to buyers. Customers had a choice of polycarbonate resin (like the Lamy 2000 Makrolon), steel, brass, copper, zirconium, titanium, and Damascus steel in various combinations, and a choice of steel, titanium, and gold nibs in a variety of nib gauges. I opted for the Polycarbonate version of the pen with a Damascus steel section and finial. Along with my order, Will also sent along a titanium version of the pen for review purposes. The pens were several months late in coming due to some unforeseen issues with the shop space, the new equipment, and some of the suppliers, but the pens did arrive nevertheless. 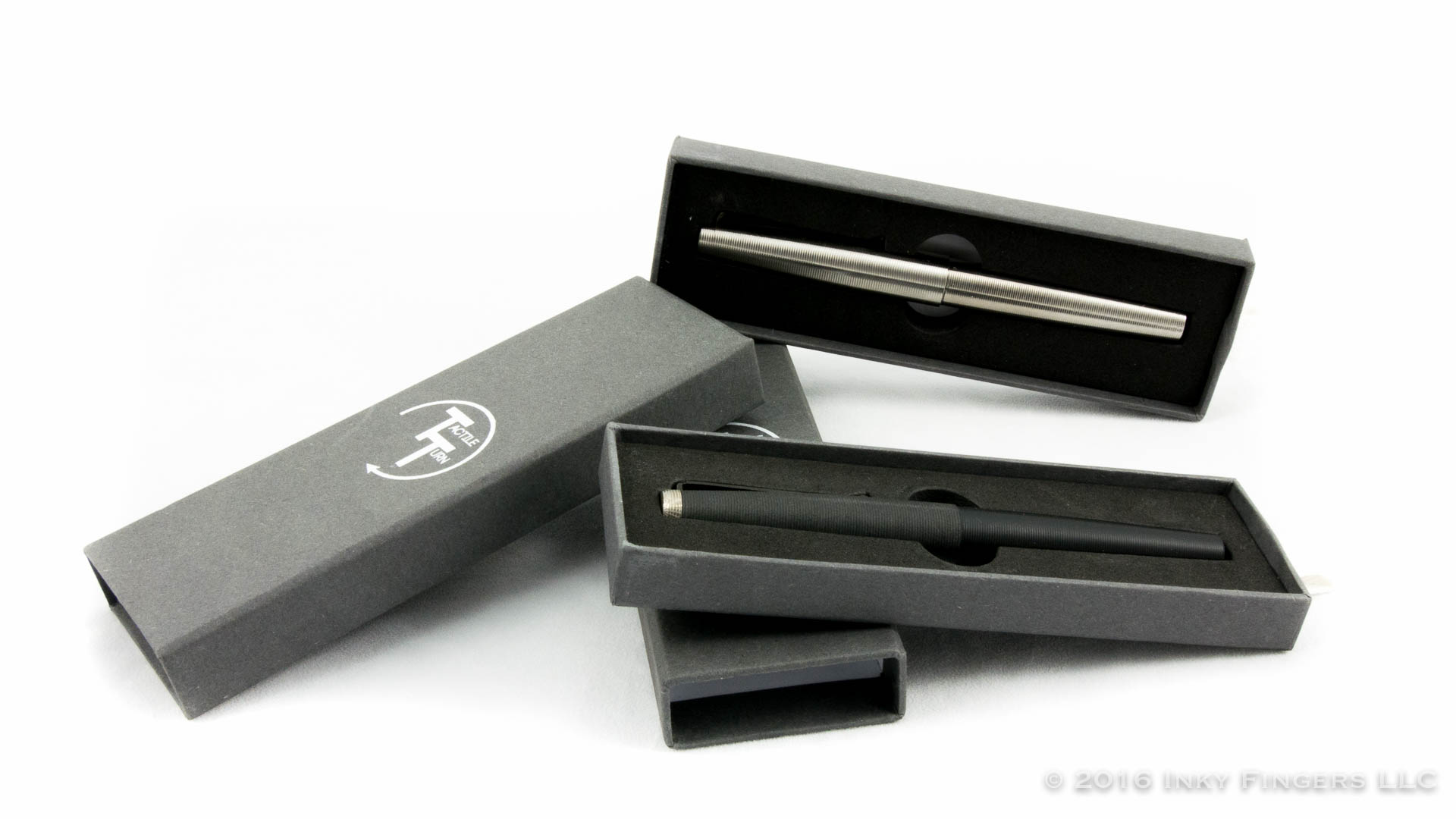 The http://penhabit.com/silver-singles-dating-site/ comes in a thin, minimalist box. The pen is nestled into a tray lined with a custom-cut foam lining, which slides out of the cardboard sleeve via a tug on a small, fabric loop. I appreciate the thin, streamlined packaging since I do not have much use for yet another bulky pen box to store on my shelf. 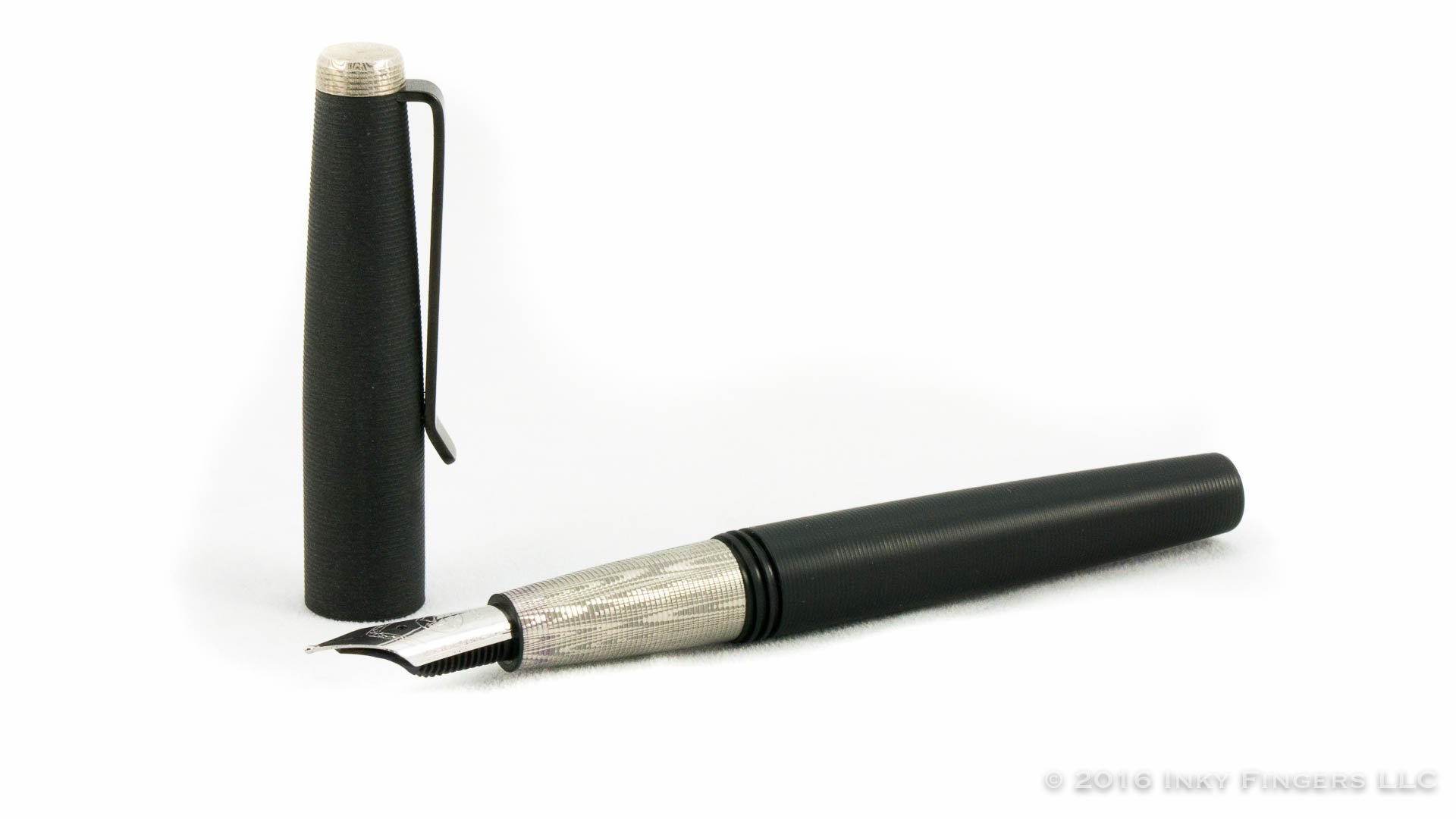 The Gist’s profile is a contemporary, flat-topped design, a little on the short side. There is a finial on the top of the pen which disappears if the cap and finial are made of the same materials. If not, as with my polycarbonate/Damascus steel version of the pen, the short finial makes for a nice accent to peek out over the top of a shirt pocket. One of the seemingly endless options on the Tactile Turn gist is whether or not you want the Tactile Turn double-T logo engraved in the finial. (Neither of mine has the logo.) 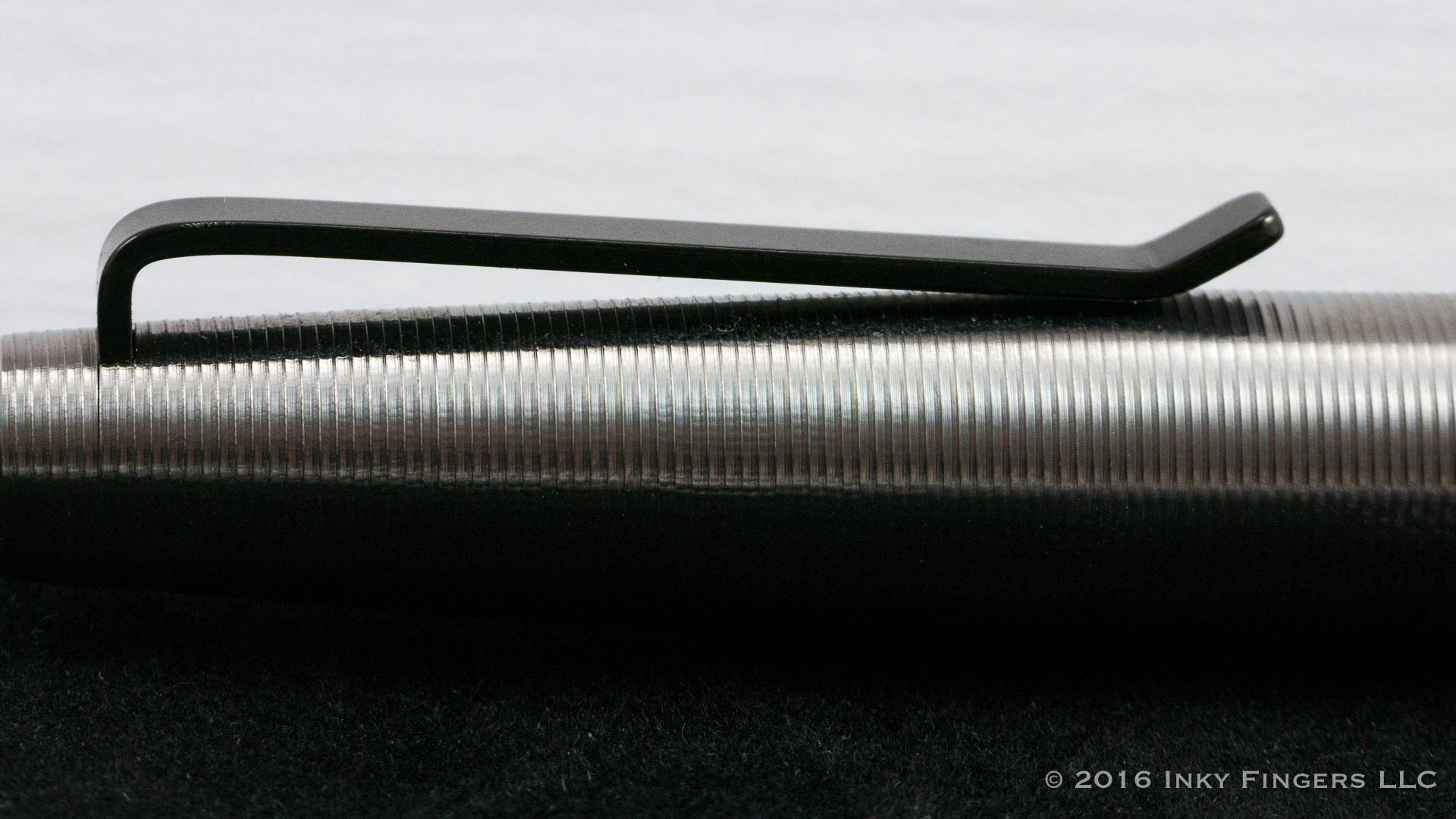 The cap is highlighted by a flat black metal clip that is strong enough to pound nails with. If you can clip this pen to your pocket (it is really stiff) then the pen isn’t going anywhere by accident. The rest of the pen’s barrel is otherwise unadorned. It would have been nice on those pens where the pen body and finials are of different materials to have a second finial on the end of the barrel to mirror the one on the top of the cap, but doing so would have made the manufacturing even more complicated…and probably unnecessarily so.

Tactile Turn’s pens have a consistent feature which helps inspire the brand name. Rather than machining the Gist to a smooth, polished surface, the entire body of the cap, barrel, and section have very narrow, shallow grooves cut into the surface. This is, unquestionably, one of the best features of this pen. I normally dislike all-metal pens—especially those with metal sections. They become sweaty, slippery fingerprint magnets. Instead, the grooves on the section and body of the Gist give the pen a really pleasant, grippy, and…well…tactile feel in the hands. 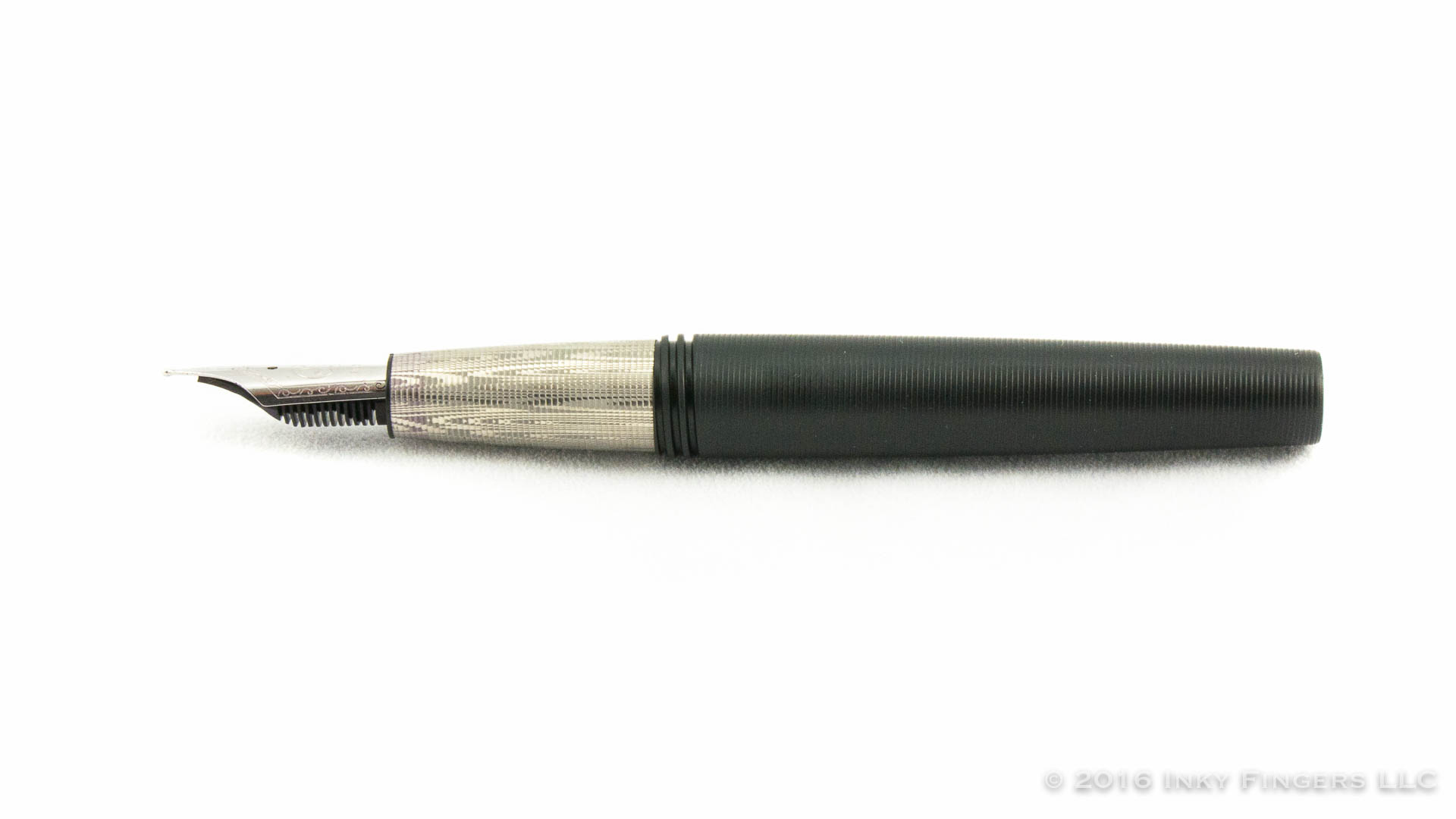 The Gist’s cap unscrews from the barrel with 2 1/4 twists on block threads. The threads are not the smoothest in the world, but they function well enough. They require just enough effort to unscrew; this is not a pen you should need to worry about having the cap come loose on its own.

Under the cap is a tapered section which continues the grooved surface found on the rest of the pen’s body. On the titanium version of the pen, these grooves feel great under my grip. While the grooves on the titanium section resulted in a really nice, grippy feel, the grooves on the Damascus steel felt rough and a little sharp by comparison. I love the way it looks, but the feel just isn’t very pleasant to me. As a result, I find myself preferring the all-titanium model. 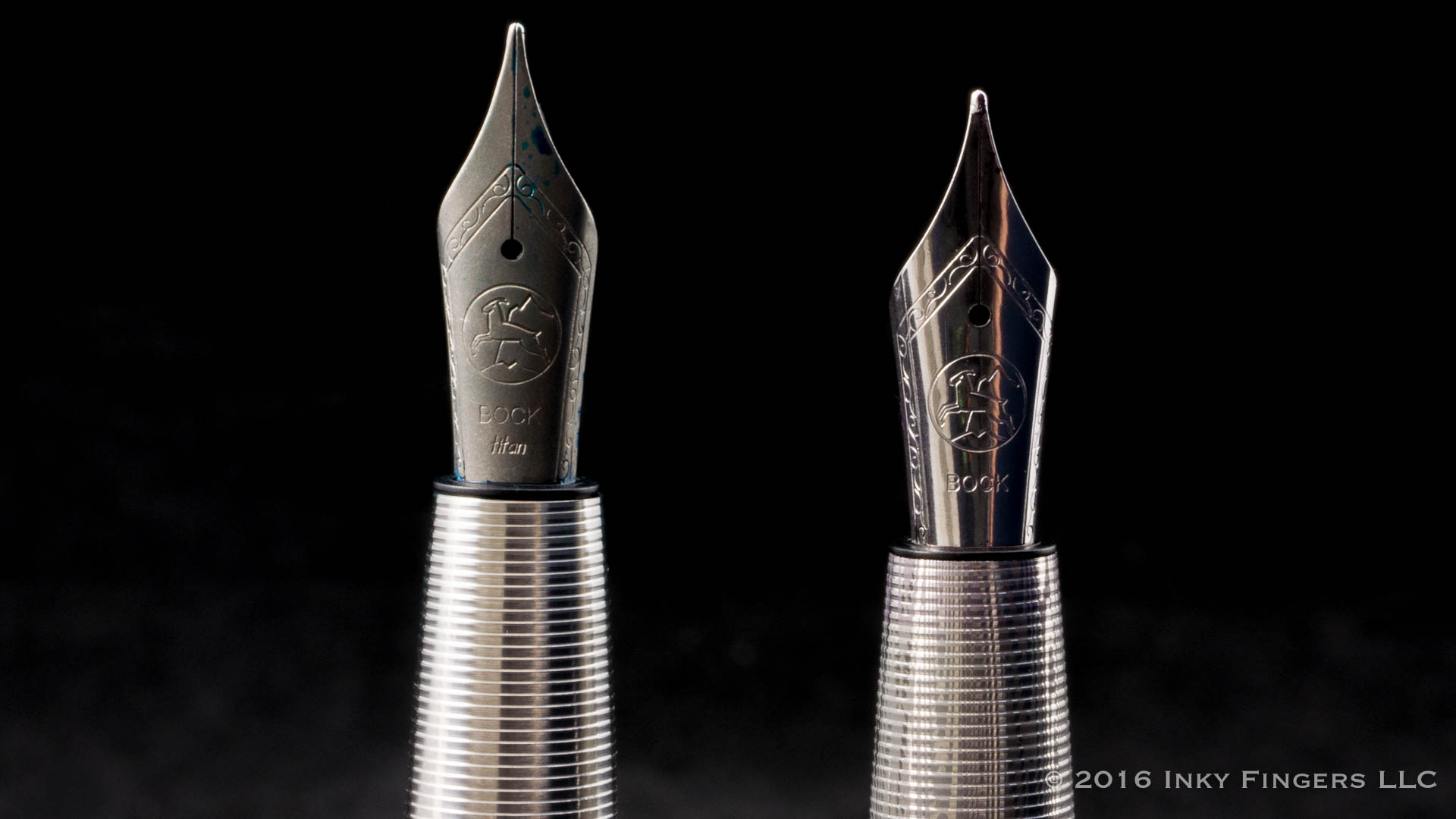 The Tactile Turn Gist utilizes standard #6-sized Bock nib units, in your choice of steel, titanium, or gold. I have the steel nib (on the polycarbonate and Damascus steel version) and the titanium nib (on the titanium version.) The steel nib is very good, if somewhat run-of-the-mill in the writing department. It puts out a moderate ink flow and writes with a line just a touch on the wide side of medium. It is a very rigid nib, but consistent and well-adjusted. In my experience, it does tend to prefer slightly wetter inks for consistency on long writing sessions. Some of the drier inks I have tried in the steel nib have resulted in the very tiniest hints of ink starvation. (Not enough to stop the pen from writing, but just enough to see an increase in feedback the longer you write.)

The titanium nib, on the other hand, is more up my alley. I have, in the past, had issues with titanium nibs, finding them poorly adjusted, prone to hard starts, under-polished, and difficult to adjust. The titanium nib on my Gist, though, is rather dreamy. It is soft, juicy, and well-polished. Titanium’s softness lacks the springiness of a good vintage 14k nib and is more like the flaccid softness of palladium or some 18k nibs. You have to be careful with titanium nibs; they don’t provide much of a tactile warning when they are close to being sprung, but they’re still a lot of fun to use. In any case, this titanium nib it is lovely and wet, really highlighting the qualities of any ink with shading or sheening characteristics. 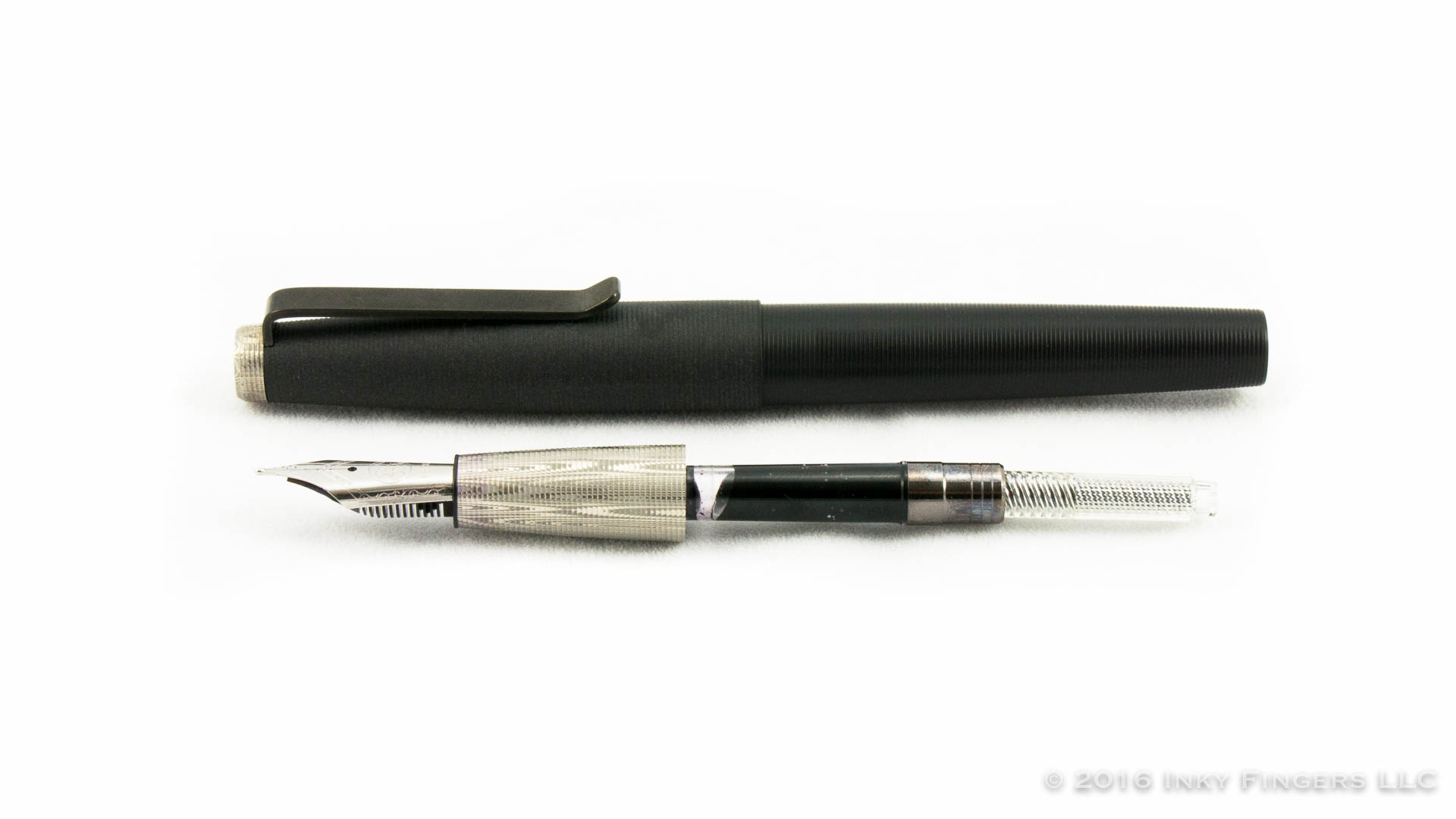 The Gist is a cartridge/converter pen and has a standard international connection. It will accept both long and short cartridges, but unfortunately, the length of the barrel is about 1/4” too short for the standard Schmidt K5-style converter, and will only screw closed with a shorter variant.  This is, in my opinion, something of a design oversight, albeit not a fatal one. It just means that now I have to keep a couple extra converters of a different size around in case something happens to the one that came with the pen. (I also like to have 1 or 2 extra converters, in the event I break or lose one of them.)

The ergonomics of the Gist are quite nice. The pen is barely long enough for me to use unposted, but it really shines once the cap has been posted. Even the heavier titanium version felt a touch more balanced and comfortable when posted. Both pens posted fairly deeply, but the titanium’s metal-on-metal posting felt less secure, as though it needed to be pushed down with more force to get it to click into place.

Talking about pricing on this pen is next to impossible, as there are simply far too many different varieties to reliably cover all of them. Suffice it to say, with a price range that can run from about $100 to $500, there are options for a whole variety of budgets. As much as I like the look of the Polycarbonate and Damascus Steel version, titanium is where it’s at for me. The grooved surface of the metal feels fantastic, and the wet, bouncy titanium nib really highlights my loopy cursive. When all is said and done, I’m glad that Will’s Kickstarter was such a success. Rather than make another pen just like all the other pens on the market, he has managed to create a variant of the fountain pen with some really unique characteristics. In my mind, that alone is worth the price of admission. To have it so well-made, and write so well on top of that is all the better.

One of the pens in this review was purchased with my own funds. The other pen was provided by Tactile Turn free of charge for review and giveaway. No additional compensation was provided. All opinions expressed herein are my own.