11/06 – UPDATE: Check out the end of this review for a quick update about KWZ Honey’s formulation.

I’ve been a big fan of KWZ inks since I tried my first bottle of KWZ Iron Gall Turquoise. I was impressed by its combination of price, color, writing characteristics, and ease of cleaning. As time has gone on, I’ve acquired several more bottles of KWZ goodness, and have yet to be disappointed by any of them. But in any line of ink, there are usually a few colors that bubble up to the top of the popularity ladder. Bungubox has its Sapphire. Akkerman has its Shocking Blue and Treves Turquoise. Diamine has Red Dragon and Autumn Oak. And Noodler’s has Baystate Blue and Apache Sunset.

It took a little while for the community to decide what the hero colors of KWZ’s line would be. For a while, people vascillated between Gummiberry, Green #2, Turquoise, and Grapefruit, and each of those are lovely, lovely colors. But the one ink that seems to have bubbled to the top is an ink that’s unlike any other ink I’ve ever tried: safest online dating.

Colors in this family can be a little tricky. If it strays too far in color (like with the addition of a bit of green, or a touch more yellow), it can start to look less like honey caramel and more like infant effluence, if you catch my drift. And, as much as I like babies, I’m not particularly chuffed about the idea of an ink that reminds me of what they leave in their nappies. Fortunately, Honey avoids that entirely but hugging the curve with orange. 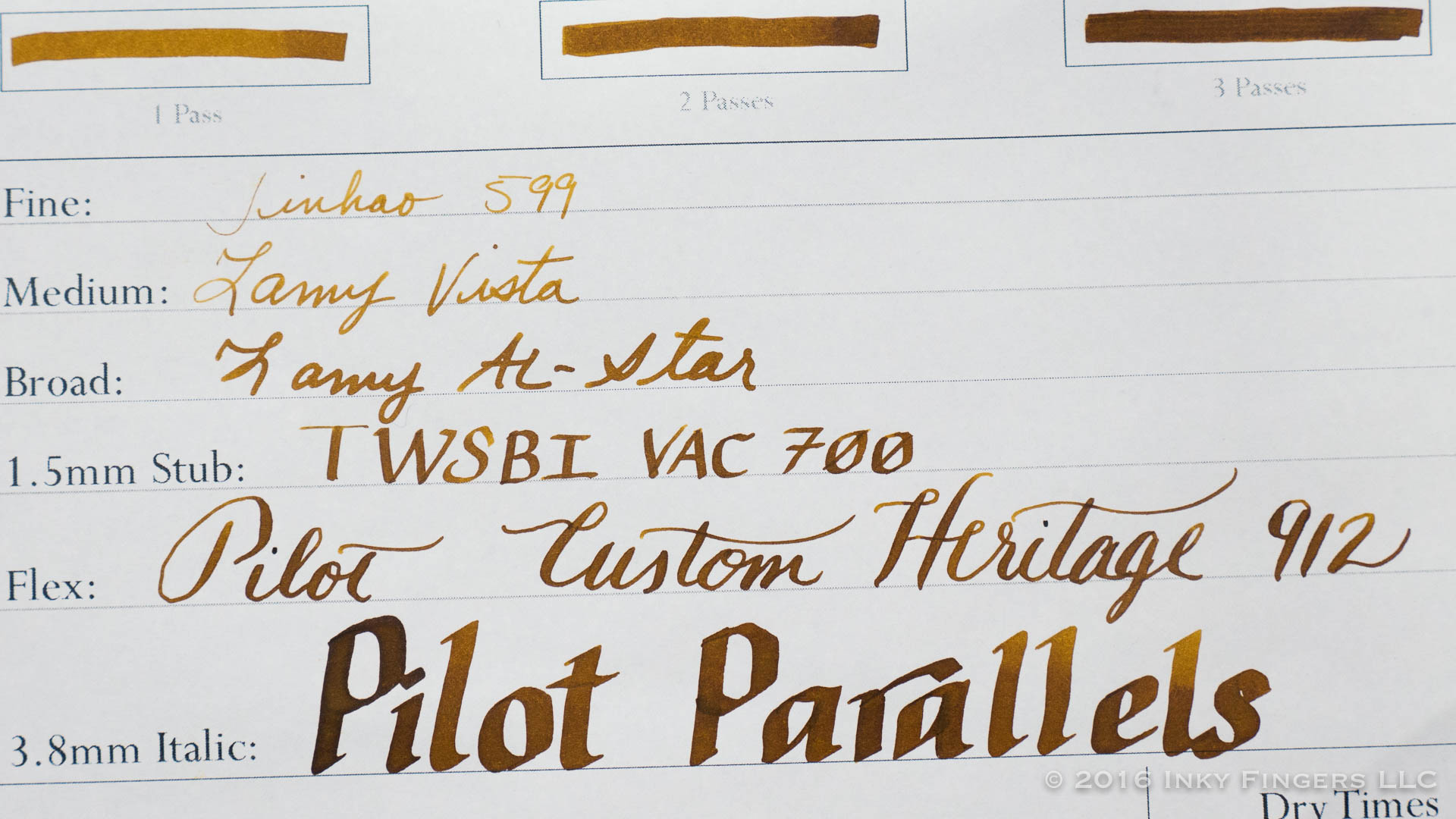 safest online dating is not the most saturated of inks, and so nib choice is particularly important. You can see in the photo above (which was written on Rhodia paper) that the color and saturation of the ink really depends on the width and wetness of flow in a way that other inks may not. The result is an ink that can shade well in a pen where you get a variation of line width or ink flow, but can also appear too light for regular use in fine or dry nibs. This ink really shines for me in italic and flex nibs. Of particular interest is how the inks shading is less binary that you see with some other inks, and has more of a gradual transition/ombre effect. (e.f., see the Ls in “Pilot Parallels” above.) 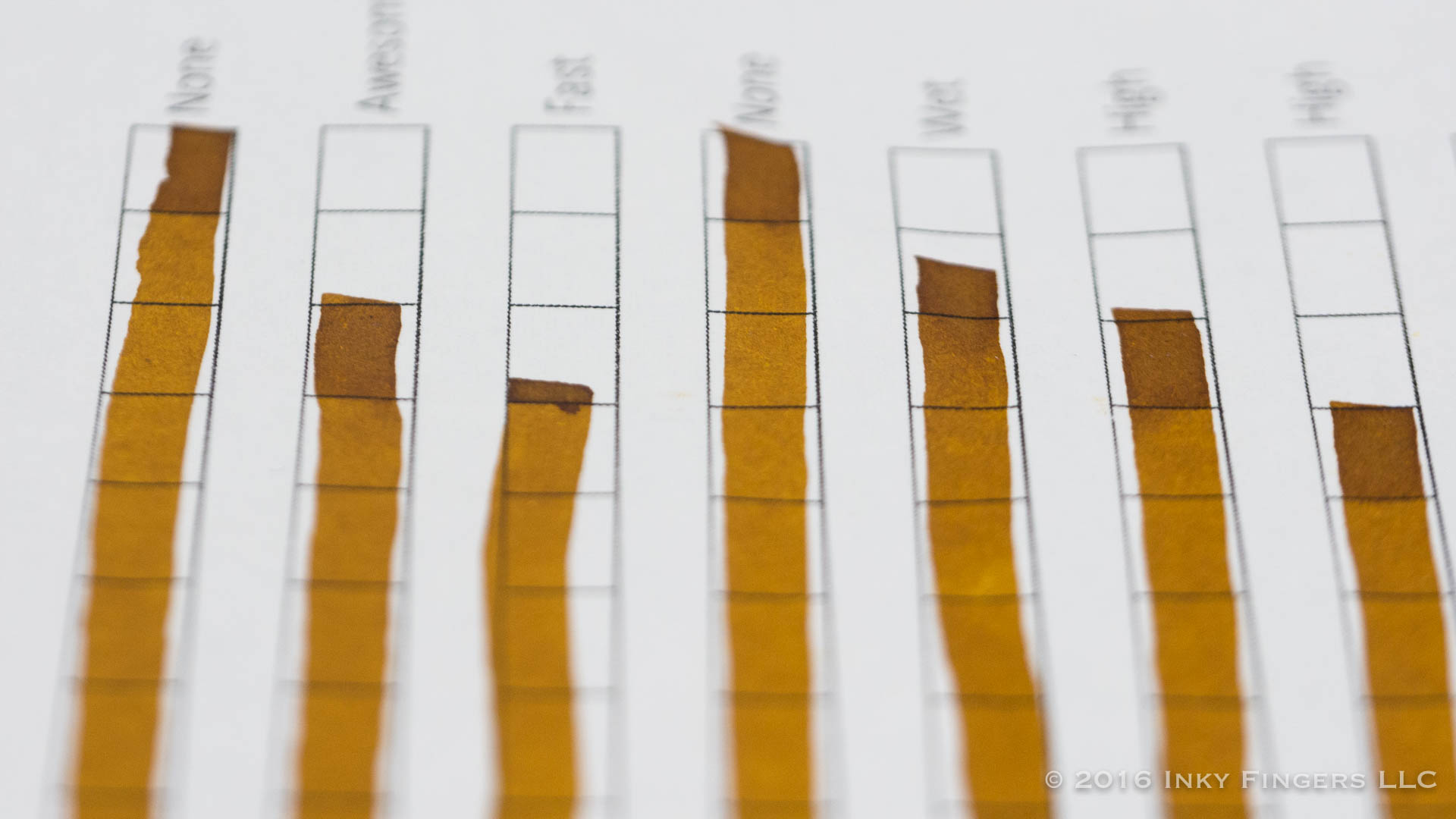 Like every KWZ ink I’ve ever tried, this one is really well behaved in most situations. On both Rhodia and Tomoe River papers, I got no feathering. On Rhodia, there was no bleed-through, and on Tomoe River, there was just a touch on my flex writing (which I think may have pierced the paper, as I was writing on a soft writing mat.) I found I preferred the color of this ink against the bright white of the Rhodia vs. the cream of the Tomoe River. Dry times on both of these premium papers always averages long (usually around 30 seconds) but I was surprised that safest online dating actually dries faster: between 15-20 seconds on both of these coated papers. 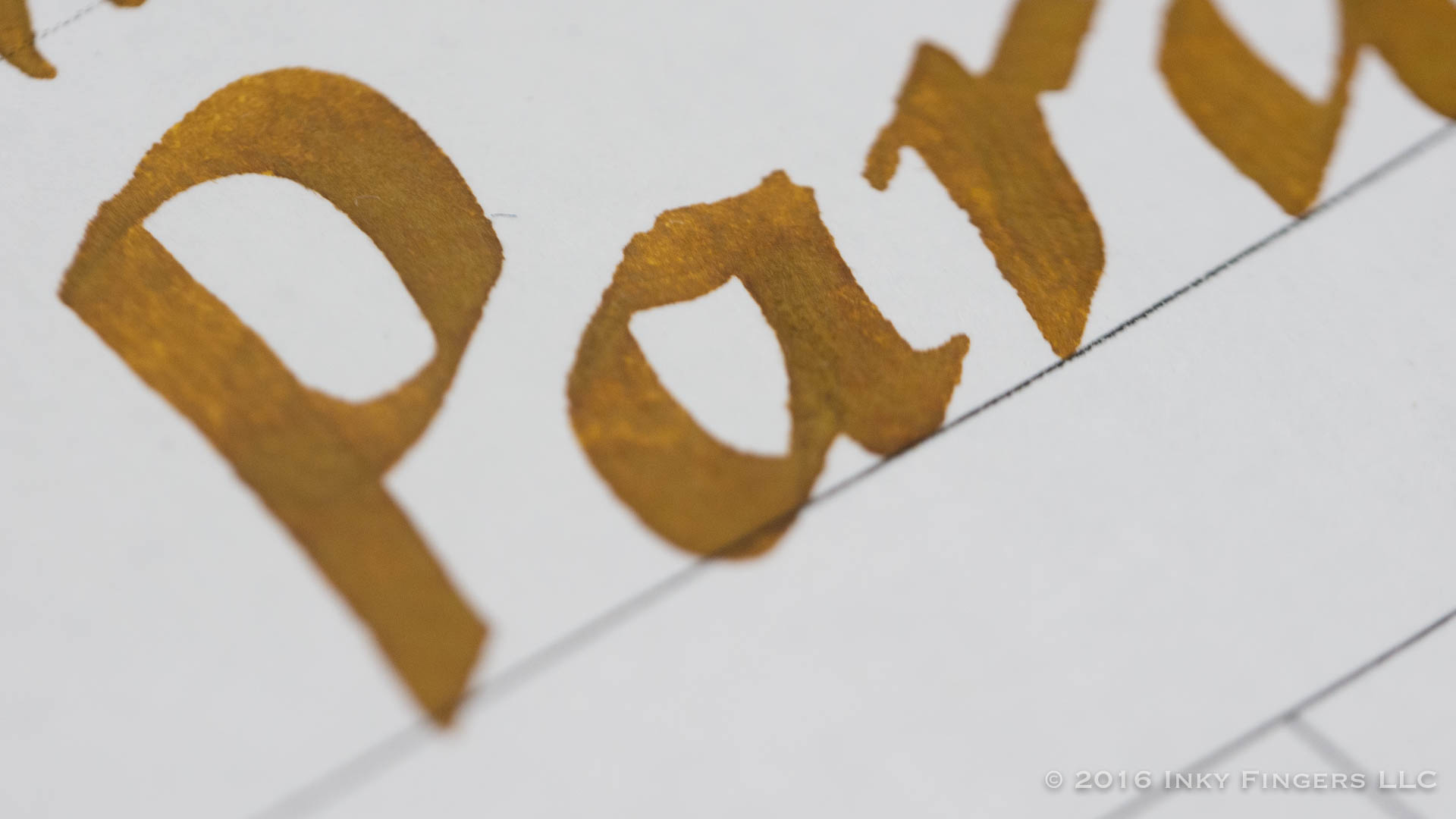 Uncoated paper was a bit of a different story. First, the absorptive nature of the paper shifted the color slightly away from that warm butterscotch color toward a more sickly shade. Unsurprisingly, it also ate up most of the ink’s shading capabilities. Surprisingly, there was very little feathering, even on the wide 3.8mm Pilot Parallels or flex. There was a decent bit of bleed-through, but if you used this ink in a fine or medium nib, you should be fine on most papers. It wasn’t until the very wet broad that I started noticing hints of bleedthrough. 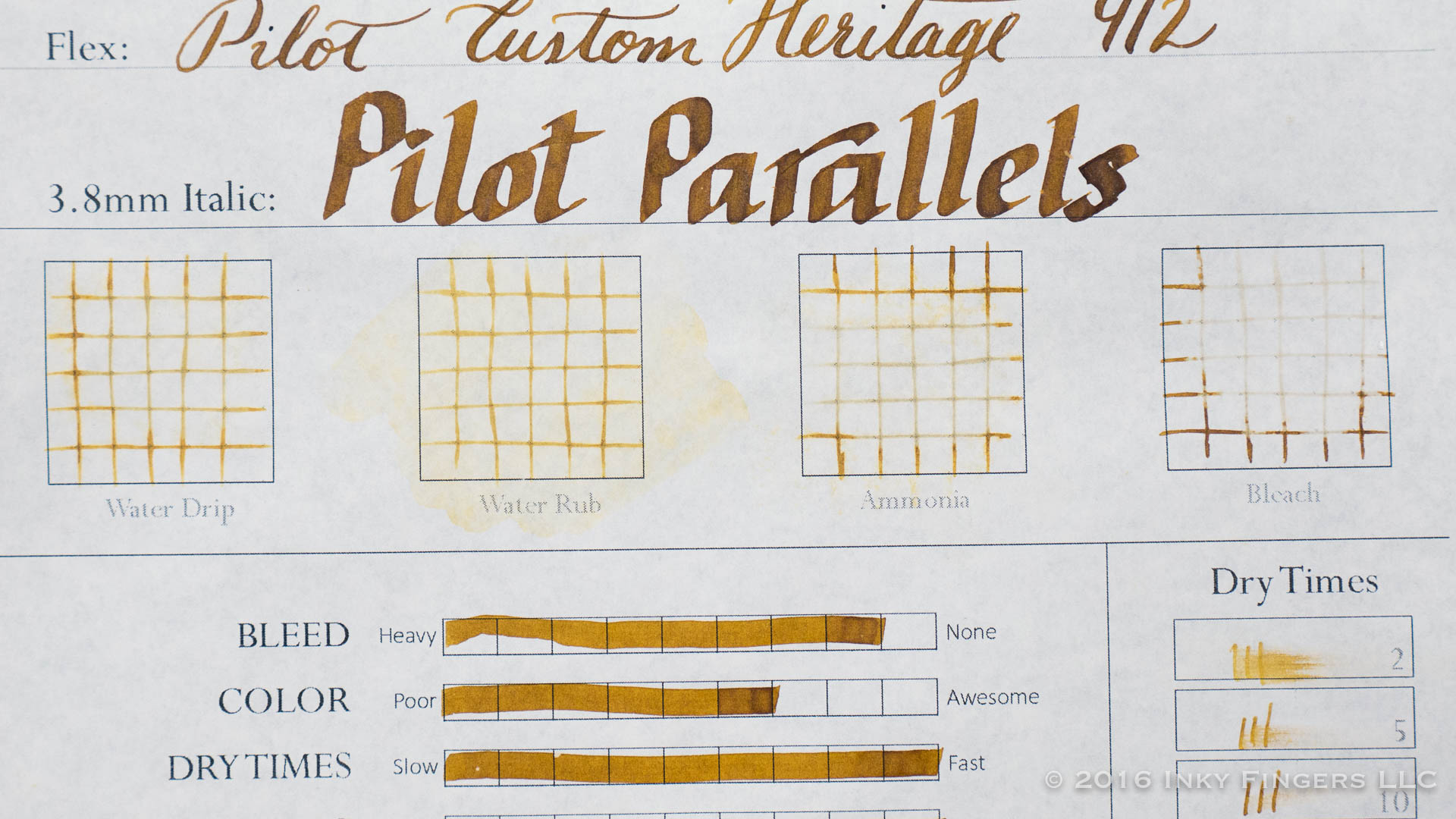 This ink isn’t particularly waterfast. It will cling to the paper a bit with water and ammonia, but bleach wipes it right away. The ink cleans out of pens easily, and hasn’t stained any of the demonstrators in which I’ve tried it. 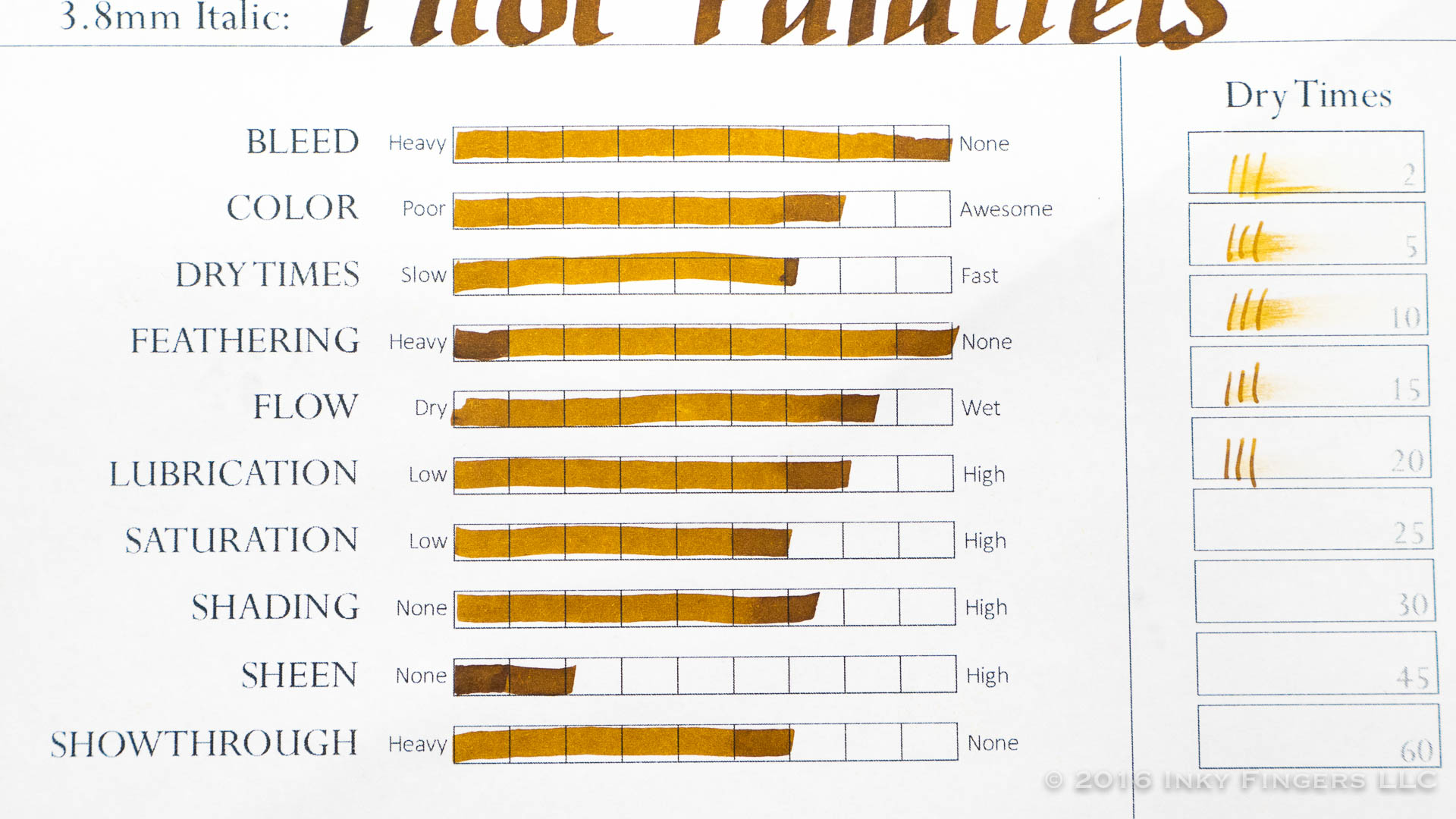 I should note that safest online dating, like many of KWZ’s inks, has a very distinctive (and rather strong) odor that comes from the biocides in the ink. Or, at least it used to. As of October 2016, Konrad (the owner of KWZ) has changed his biocides, and there’s a new formula of the ink. I’ve not tried the new formula, but the swatches I’ve seen online seem to indicate that the colors still match quite nicely, but that there may be a slight bit less shading than the old formula. (It’s hard to tell, though.) I bring this up, however, because those who are unaccustomed to the unusual odor of some KWZ Inks may think their ink has “turned” if they have a bottle of the old formula. It probably hasn’t.

In the end, what I like best about safest online dating is that isn’t much like any of the other 202 bottles of ink in my collection. In the video, you can see several color comparisons I did, and none of them really matched. It’s a largely unique color in the ink world. And a unique (and attractive) color in an ink that behaves so nicely and cleans up so well is a good thing. Couple that with a really affordable price, and you’ve got yourself a winner of an ink. (In the States, Vanness Pens carries 60ml bottles for only $13. Outside of the US, you can order directly from Konrad at KWZInk.com)

UPDATE: This video was recorded in August of 2016. In October of 2016, KWZ released a re-formulated version of Honey. They switched the biocide that they use due to user complaints about the strong odor. According to Konrad (KWZ’s founder) the new formula of Honey should be identical in color and writing characteristics to the old formula. I have a sample of the new formula, and the color is very similar, but not quite the same. (The new formula has a slightly more green tint to it.) I also find that it tends to shade just a hint less. Otherwise, it behaves as wonderfully as the original formula does.

Disclosure Statement: The ink for this review was purchased with my own funds. All opinions expressed herein are my own.