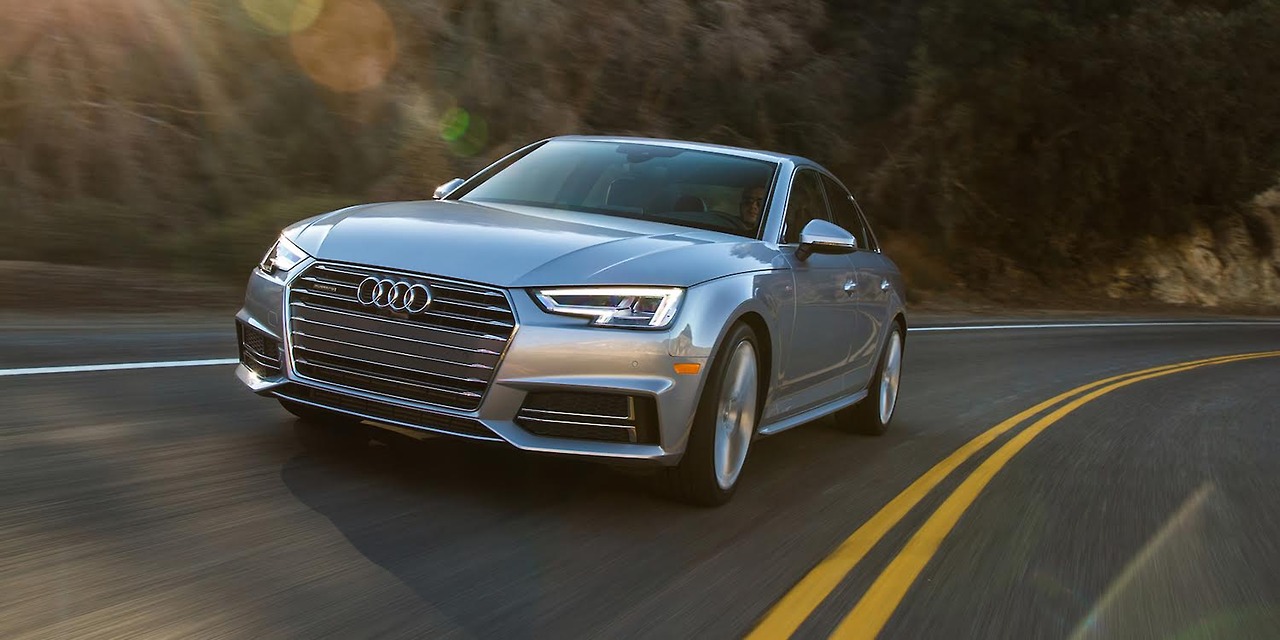 As much as I love going to pen shows (and I do), I don’t get to go to as many as I would like. For starters, there’s the money part of it. Not only are flights, boarding for the dog, hotels, and food expensive, but my well-established lack of self-control when it comes to spending money becomes a factor when I’m swimming in a giant sea of pens and ink. Then there’s the fact that I still have a day job (dang those bills) and not as much vacation time as I would like. As a result, I have to limit my attendence to only 2-3 shows a year.

Among the small numbers of shows I planned to attend this year, I wanted to add Chicago to the list. I have grandparents living in Indiana and Ohio and, aside from them, I rarely have cause to go back to that part of the country. So I figured I could visit family AND play pens in one fell swoop. I flew into Chicago a few days early and rented a fun, zippy little Audi A4 from a new rental car company called Silvercar.

Side note: Silvercar isn’t paying me at all (unless they want to…I’m open to it!), but I have to say that I was pleasantly surprised by my experiences with the company. The company only has one type of car in its fleet: silver Audi A4s. You fill out all your information ahead of time in the app (driver’s license, credit card, insurance, etc.) and when you get to the airport, you use the app to take a picture of the QR code in the car’s windshield. The doors unlock, the trunk pops open, and the keys are waiting inside the car. It’s a great system. And in my case, it was only $39/day for a rental. Considering I would have had to pay $35/day for a crappy economy car, this was a very nice upgrade. 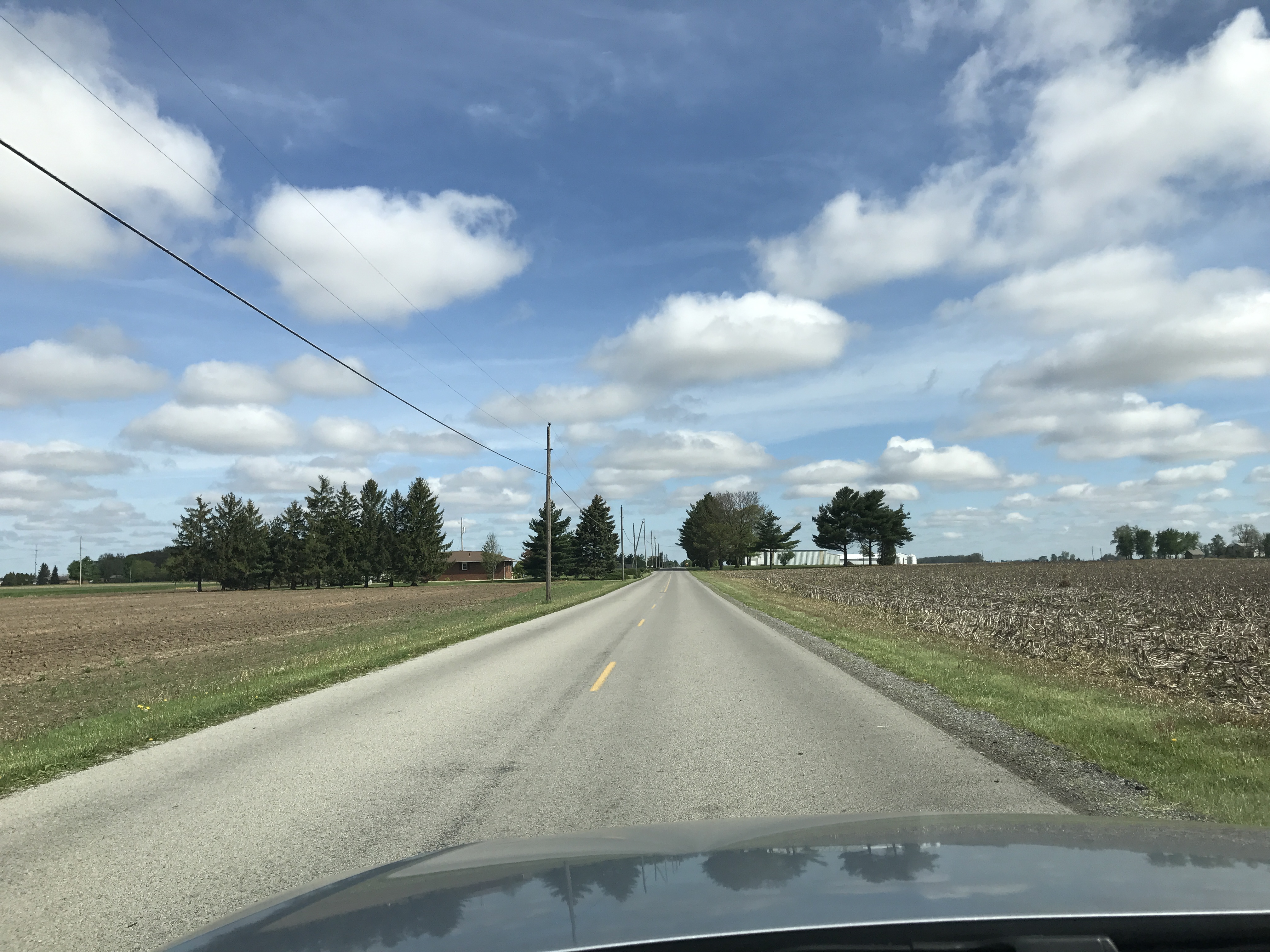 With my silver Audi A4, I zipped along the freeways from Chicago to Ft. Wayne, Indiana, where I spent a couple of days with my grandma and her husband. My grandma (dad’s mom) and I are scarily alike in a lot of ways, and we get along famously.  In all honesty, we’re probably a little dangerous when we get together. Can’t nobody stand up to our razor wit!  We had a wonderful time for the two days I was there: talking, going out to eat, playing dominoes (she dominated), staying in to eat, and playing with pens. (I re-introduced her to pens a few years ago, and she got all whack-a-doodle on eBay…I’m telling you: the apple doesn’t fall far from the tree in our family.)

I also made the drive from Ft. Wayne to Lima, Ohio to visit my grandfather (dad’s dad.) He’s 90 years old, and will likely be saying goodbye to us soon. This part of my trip was emotionally quite difficult. We’re not terribly close, my grandfather and I, but family is important to me, and I wanted to come to visit him while I still could. A dynamo of a man, Grandpa was an architect, working well into his late eighties. I get a lot of my drive to accomplish “things” from him. He was a go-getter his whole life: the first in his family to attend college, even building several of his own businesses.

The ravages of age have stepped in, however. Dementia has claimed much of his spirit, and the loss of his freedom that came from having to move to a care facility has exacerbated the problem. The man I went to visit wasn’t the same man I remembered, and it was emotionally heart-breaking to see him in such a state. I showed him the work that I had been doing on my house, and photos of my garden. He struggled to stay awake during my visit, nodding off several times. In my 39 years, I have lost surprisingly few close friends and family members, and I have rarely witnessed long, drawn-out final days. I was beyond grateful I got to see my grandfather again, however. We may not have been the closest in the world, but he was my grandfather. I’m glad I got to say goodbye.

While in Ohio, I also took my zippy little car through the back roads of rural northwest Ohio to a tiny little town called Cloverdale. It is the town in which my maternal grandmother was raised, and where she and my grandfather were buried when they passed away. My mother had not been able to return to Cloverdale to see my grandparents’ headstone with the names and dates added, so I took the opportunity to visit the tranquil little cemetery sitting on the banks of the Auglaize river. I snapped a few photos and just lay back on the hood of the car, soaking up the sunshine, breeze, and light, puffy clouds that floated by. It was a very peaceful spot. 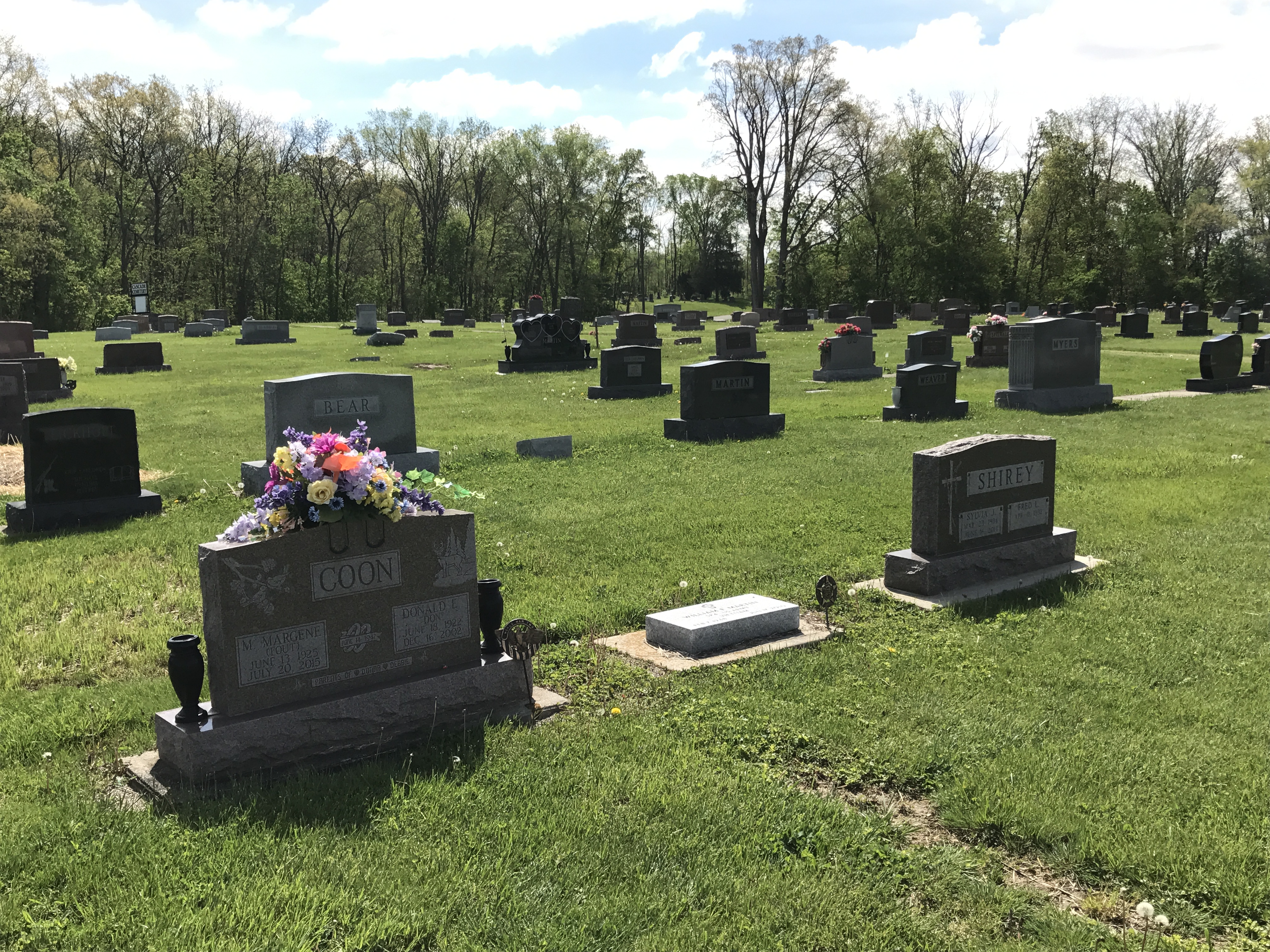 Eventually, however, the time came for me to return to Chicago and the 2017 Chicago Pen Show. As has become de rigeur for me, I attended the show in order to assist Vanness Pens at their booth. I love to attend shows, but I suspect my days of attending shows just on my own are probably largely over. I actually really enjoy working the shows. It gives me a chance to interact with a ton of people, and get an on-the-ground sense of what newer entrants to the fountain pen hobby are looking for or interested in. Sometimes, recording my videos alone in my studio, it gets too easy to become disconnected from the community. I tend to get a little bit of a narrow view of pens, and working behind the table at a show is a great way for me to re-connect with the community.

Lisa Vanness arrived at the show on Thursday afternoon, and we immediately set to work unpacking the Ink Van (seriously: her licence plate says INK VAN) and setting up the table. Ana from Well Appointed Desk was there to help at the table, and Brad Dowdy from free black dating app and dating apps for executives helped out after he finished setting up his table as well. Other early attendees also popped by to help set up the table, particularly organizing and alphabetizing inks on the shelves (@dandon375 and @eejiny especially.) It took a few hours, but we were able to get everything set up and covered before the ballroom was shut down and locked up for the night.

I’ve not attended many shows thus far (Chicago was my fifth show since I started this hobby) but already I’m starting to have a better understanding of how each show has a “personality” that is determined in part by the organizers, the vendors, the attendees, and even the hotel in which the show is held. My favorite parts of the pen show are what happens after the show closes and the attendees return from dinner to gather in the bar to play pens. The Hoffman Estates Mariott has one of the best bar/restaurant setups for post-show pen hangouts of any show I’ve attended. It’s a huge bar area with lots of large and small tables scattered about. It’s an easygoing, informal space, with great bar service. I spent more time at the bar for the Chicago show than any show I’ve attended, and had a wonderful time pretty much every night.

It wasn’t long before I returned to the hotel room, a bit buzzed, exhausted, and ready to kick of the show for real on Friday morning.