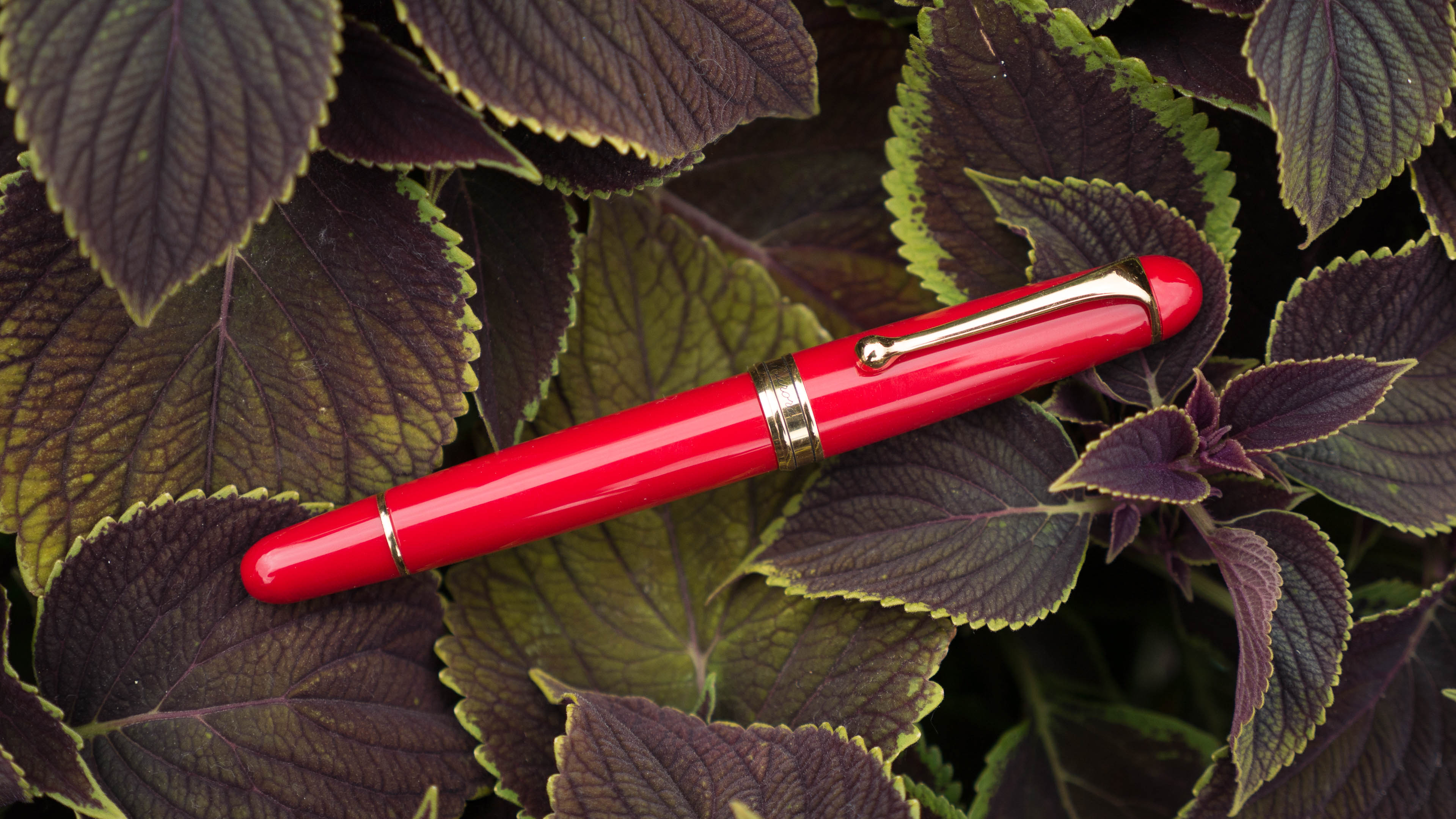 Early in 2017, word of a new flexible nib from the Italian manufacturer Aurora started bouncing around our little community of fountain pen freaks with the virality of an Ebola outbreak. Fountain pen lovers are rabid over flex, as can be evidenced by the most commonly asked question I receive, “Why can’t modern manufacturers make flex nibs like vintage flex nibs.” Aurora flew its nib meister over to the US for the LA pen show in February of this year, which is where they introduced the Aurora 88 Anniversario with the new Aurora Vintage-Style Flex nib. (I couldn’t find confirmation online, but I believe this pen celebrates the 70th anniversary of the Aurora 88 model.)

The Anniversario is, basically, your standard Aurora 88 (you can two men dating for more of the specifics about the design and measurements of the pen.) The Anniversario, however, has a couple of differences from the more traditional Aurora 88s that are on the market right now.

The pen comes in a lovely black clamshell case, inside of which is a little gold plaque, a bottle of Aurora black ink, and the pen itself. The Anniversario comes in eight different limited edition colors, with 188 of each color released. They are releasing one color per month.  Blue (March), Red (April), Yellow (May), Brown (June), and four other colors forthcoming (green, black, silver, and gold.)

If you know the Aurora 88 at all, you’ll know it has a relatively standard cigar-shaped profile. Like most of Aurora’s higher-end pens, it is a piston filled pen, has an ink window to check on ink levels, and has one of the smoothest, silkiest piston mechanisms in the industry. Aurora has a “feature” on their pens where the silicone ring on the plunger can hold onto a bit of ink, so if you run out while writing, you can twist the piston knob and get another page or two of writing out. (I personally find this feature maddening, as it makes cleaning the pen thoroughly a real pain.)

The only other real difference with this Aurora 88 vs. the other Aurora 88s on the market is that the section of the pen is made from the same material as the cap and barrel. On most of the 88s (like my 88 Nebulosa…a Précis video coming soon), the section is a black acrylic.  (I’m not certain what the section will look like on the upcoming silver and gold models. I couldn’t find uncapped photos). The red acrylic of this particular model is bright and vibrant, but completely opaque and very uniform. It’s a true red, though, not a burgundy or maroon, and you don’t see a lot of true red pens out there. 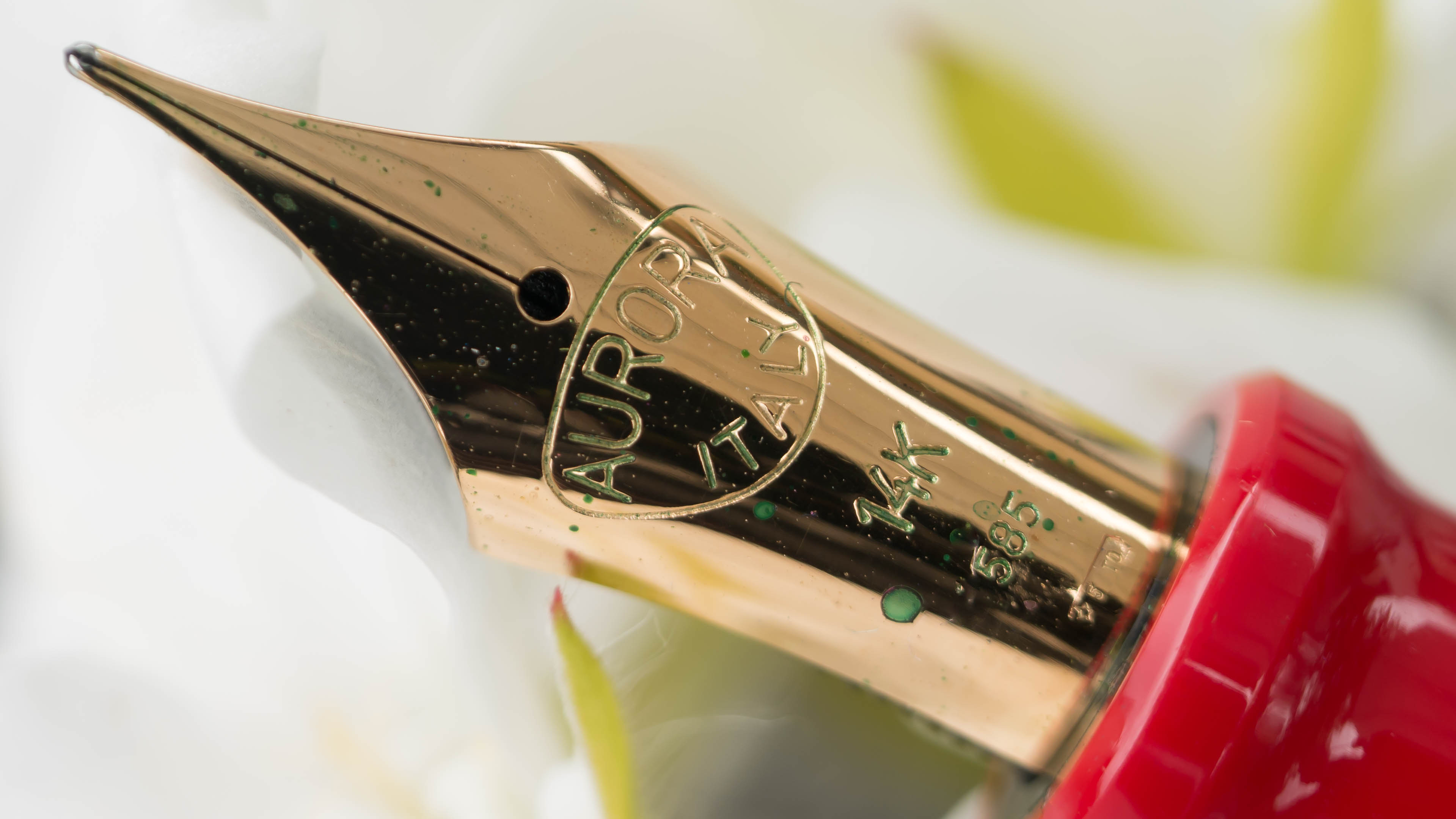 The real area of interest for pen aficionados is the nib. Aurora has included what they’re calling a “vintage-style flex” nib with the pen. The nib has a slightly different profile than the standard Aurora nibs (you can see this comparison in the video above) and the vintage logo decoration stamped into the nib face.  The tines are longer and narrower, as you might expect from a flexible nib, and the pen has what appears to be the same ebonite feed as appears on their Optima and 88 lines. (I didn’t take the nib unit apart, so I couldn’t tell if the underside of the nib was different.) 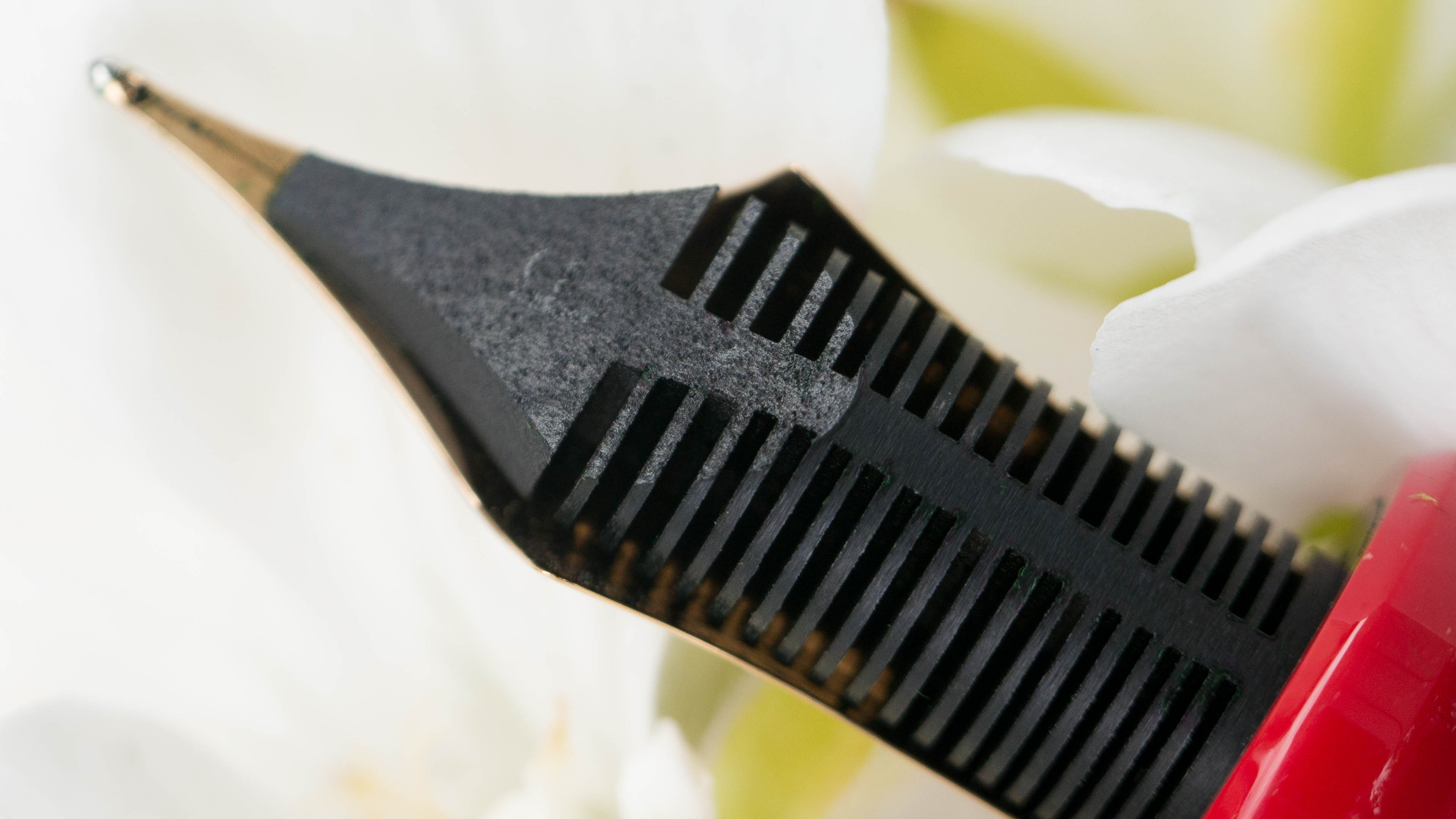 The real question that everyone wants to know, though, is did Aurora finally do what nobody else has been able to do and recreate the vintage flex experience? And the answer is…drum roll please…yes. And no. But mostly no.

This next little bit will be hard to describe in writing, so I recommend you take a look at the writing sample and writing review portion of the video above. It starts about seven minutes into the video.

There are a few things that properly characterize “vintage flex” in my mind. Some of those things include: 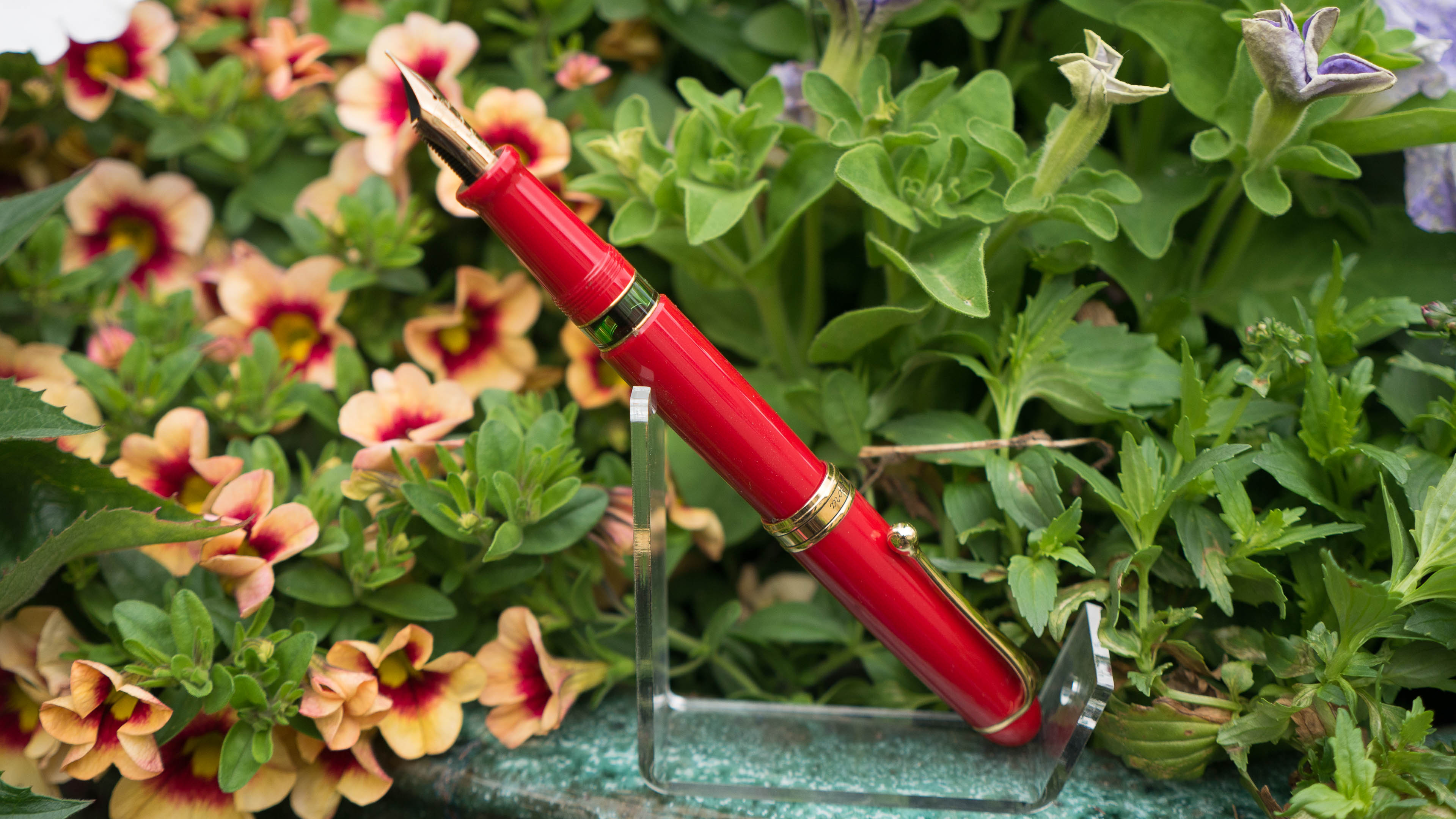 The Aurora flex nib does some of these things well, and others not so much. For instance, the Aurora flex nib has, perhaps more than any other flex nib on the market today, the most vintage-like snapback feel. It’s a very fast nib. If you flex the tines, they’re back to home before you know it. It also does an extremely good job of providing you with pressure feedback–letting you know that you’ve hit the limit of what the nib is capable of doing properly. And the large ink capacity of the piston-filler means that you’ll have a large volume of ink to write for a long time.

On the other side of the scale, however, the tines don’t spread terribly far, and often the feed has a difficult time keeping up with sustained flex writing. Interestingly enough, my experience with the pen was that it wrote quite well if you did fast flex writing (like regular handwriting with a bit of downward pressure.) It was a nice, generous ink flow on the downstrokes, and would give me a lot of beautiful shading and character to my everyday writing. If I slowed down to do more ornamental-style flex writing, the ink flow just dried right up. It had no problem keeping up when I wrote fast, but didn’t like slow flexing…usually the opposite of what I experience with other flex nibs. 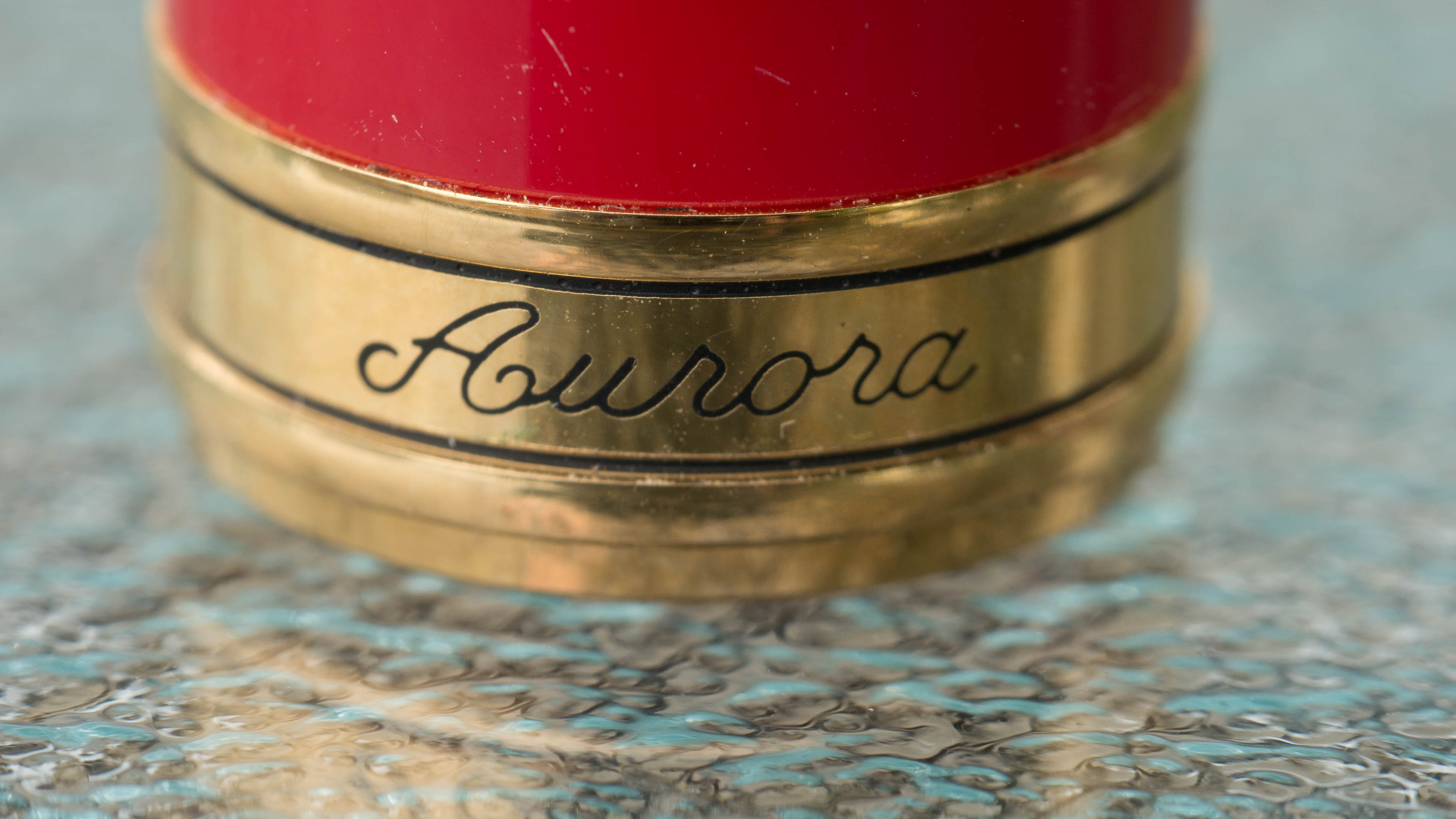 The nib tip on the 88, like with most Aurora pens, was rather toothy. Were this my pen to keep, I would have taken it almost immediately to a bit of micromesh to smooth out the polish. But aside from that, I actually really enjoyed writing with this pen when I was using for daily writing tasks like journaling or taking work notes. The flexy nature of the nib gave me a wonderful, cushioned writing experience and a generous ink flow.

I would be hard pressed to call this a flex nib in the context of vintage flex nibs, but Aurora did a really amazing job at recapturing the snapback and pressure feedback of a vintage nib. They just didn’t adjust the shape of the nib quite enough to allow the line variation I think many of us had hoped for, nor were any of the design changes to the feed system adequate enough to support some more high-intensity flex writing.

As a daily writer, I really, really like this pen. It fits my cursive handwriting style quite nicely. Were I to try to work on my pseudo-calligraphy, however, this is not the pen I would turn to.

The Aurora 88 Anniversario retails in most places for around $650. This is not significantly more expensive than a traditional Aurora 88 (which is one of my all-time favorite pens), but it is still a decent chunk of change. I am hoping that, once these original 88 Anniversary editions run their course, Aurora makes the flexible nib units available for the other Optima and 88 offerings. I’d love to have one of these in my collection to keep, but I think I’d want to have it in a pen with a more interesting material.

The pen for this review was loaned to me free of charge by Vanness Pens and will be returned after this review is published. No additional compensation was provided for this review, but Vanness Pen is a sponsor of The Pen Habit. All opinions expressed herein are my own.