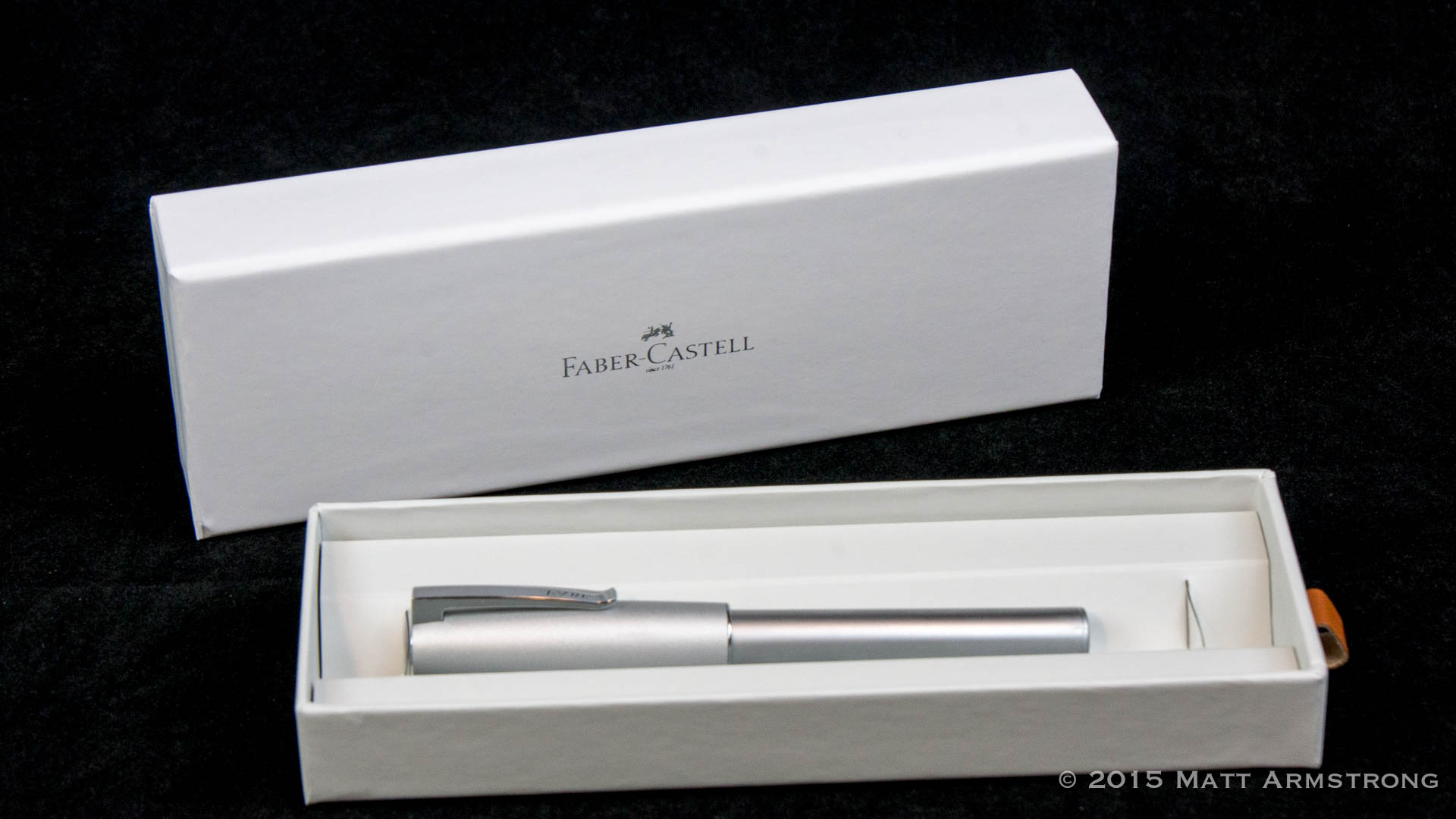 The fountain pen hobby can be disastrously expensive for those who us who lack self-control (or any semblance of common sense.)  Not everyone will jump from a $60 to a $600 pen in just a couple of months like I did, nor should they. So, for those people who are just starting out in the hobby, or have decided that they’re not all that interested in delving into the world of expensive pens, here are my top 5 pens under $100.

(Disclaimer: these are my own personal list, and may not match yours. And that’s okay. I am only including pens in this list that I have reviewed and that are still generally available on the market.)

a online dating site that is free

At $72, the Peyton Street/Ranga collaboration, the newcastle upon tyne dating, is one of the most expensive pens in the list, which is why it just barely got edged out by some of the other pens in the list.  But, for $72, you get a handmade ebonite pen with a really nice steel #6 Jowo nib. Ranga pens are some of my favorites among ebonite pens from Indian makers, and the Zayante is one of his designs with a bit more flair than some of the others. 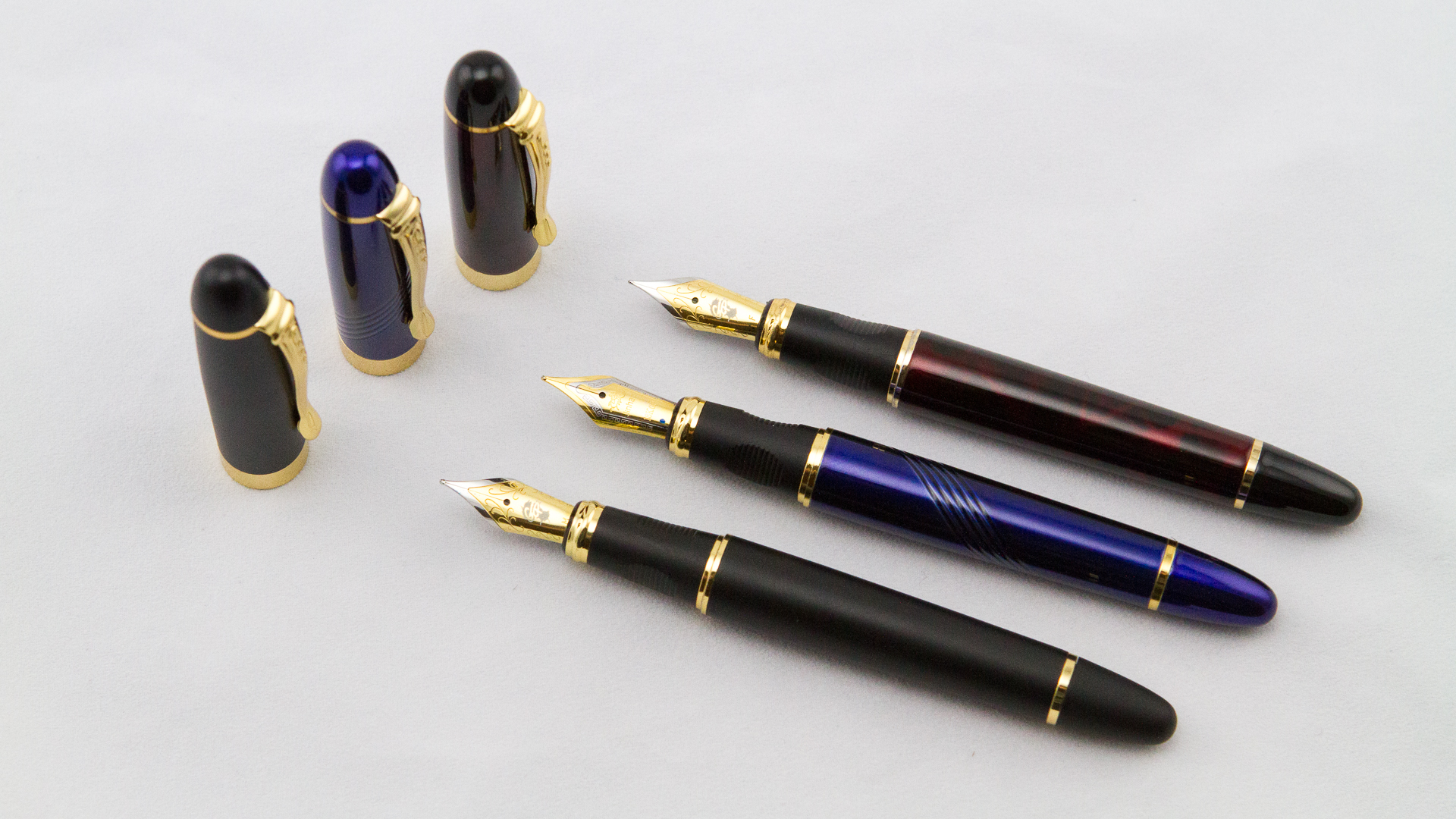 This one is a little weird for a list like this.  The Jinhao x450 is probably one of the most robust and consistent of the ultra-inexpensive Chinese-made pens. Their traditional shape and heavy construction give them a bit of heft and class that seems to be missing from some of the other pens in this price range. However, like many of the pens at this sub-$10 price point, the nib performance can be a bit inconsistent. Sometimes, the nibs are super smooth and well-adjusted. Other times, they’re scratchy, or they pour ink on the paper. I often recommend this pen to people who want to learn to tinker with pens, because once it writes well, it’s a great pen.

In those cases when the nib the pen comes with is poor, the Jinhao x450 will accept #6 Jowo nibs (like nibs from Goulet, Edison, Franklin-Christoph, etc.), so you can upgrade the nib performance or try a different nib type with very little effort. Both of the Jinhao X450s in my collection have Goulet nibs, and they’re wonderful writers. 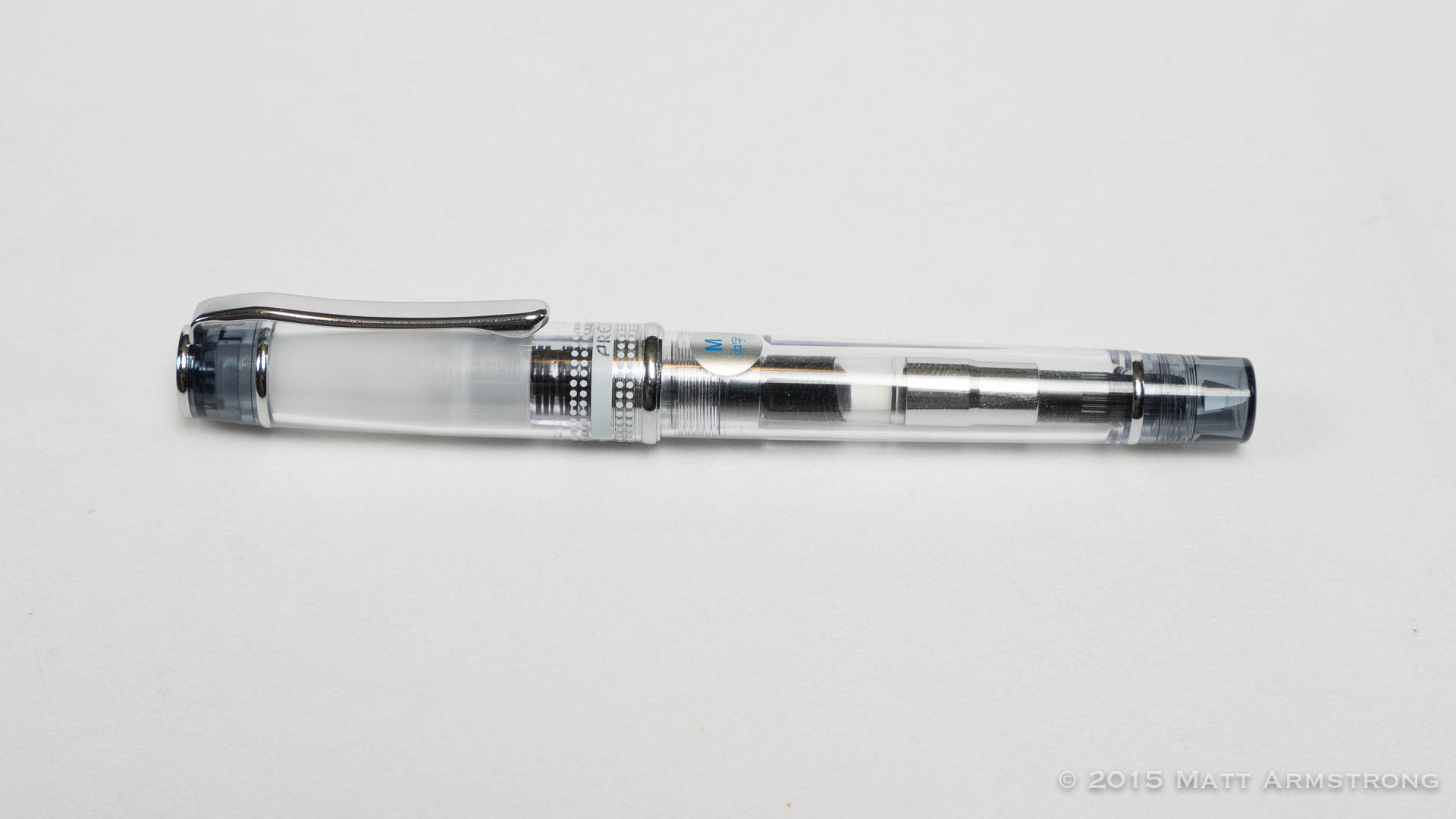 I’ve taken a lot of flack from the pen community over the years for my own personal dislike of the Pilot Metropolitan. They’re usually very good writers, but the shape of the pen just doesn’t really work for my grip. It’s one of the reasons why I like the Prera as much as I do. In terms of value, the Prera is something of a questionable choice.  The Prera uses the exact same nib and feed as Metropolitan but is $35 more expensive. That seems a lot for a pen whose only difference is that the body and cap are made from clear, injection-molded plastic rather than stamped brass. But yet there is something about the Prera I find quite enjoyable to use. It’s really comfortable in the hand, and the much wider grip makes this a better choice for me. I also really like the cap mechanism, and how deeply the cap posts on the end of the barrel. I’m not a huge fan of the way it looks, but it writes so well and feels so good in the hand, I’ll happily overlook it. 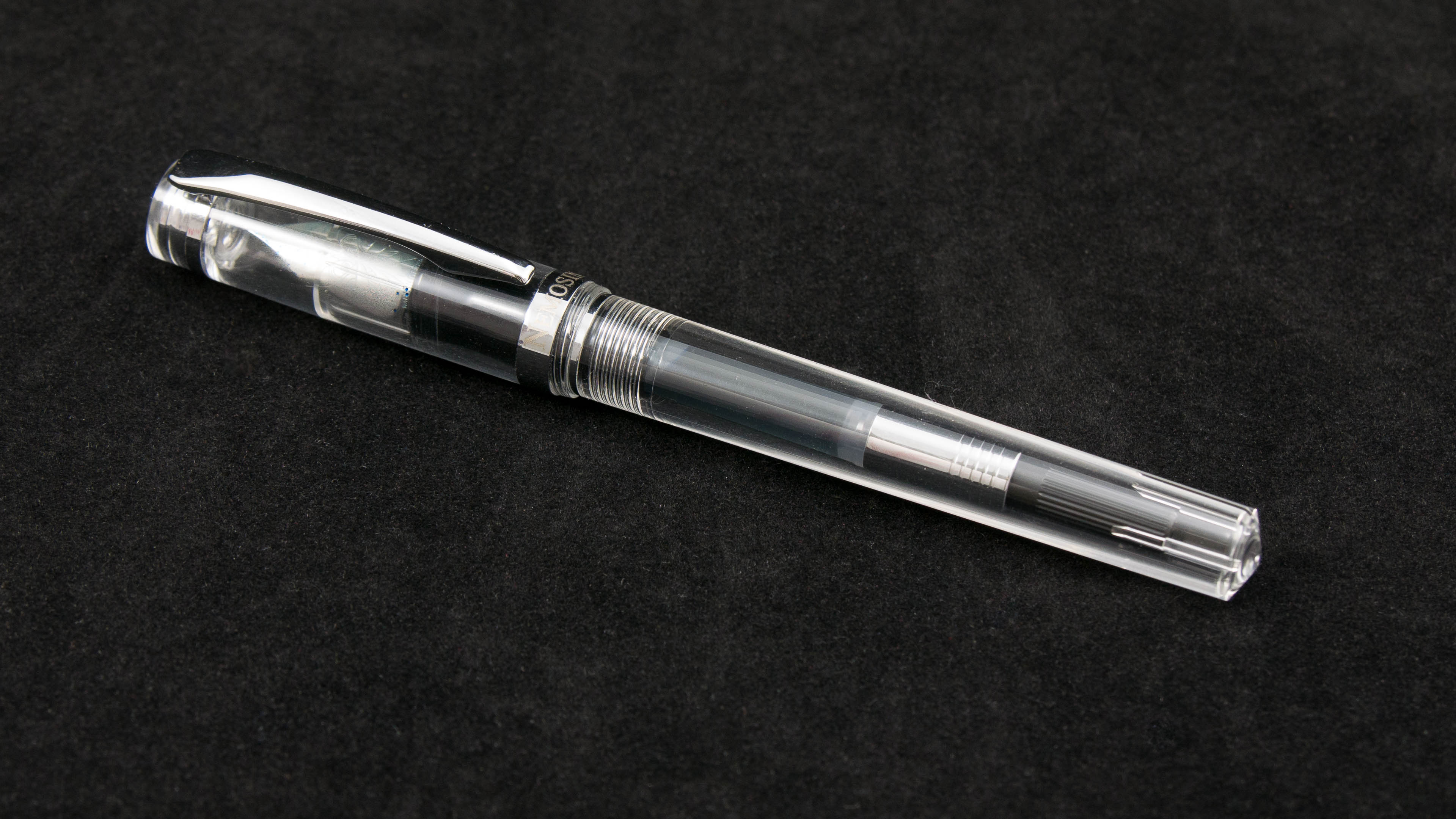 Earlier on in my reviewing history, I reviewed the Nemosine Fission, Nemosine’s larger, heavier metal offering from the US-based Nemosine pens.  This season, Nemosine sent me examples of their other two models: the lilliputian Neutrino and the acrylic Singularity. The Singularity, in particular, is a really good value for the price. For between $20-$25, the Singularity is a well-built pen that features really good nibs. Nemosine’s nibs tend to run a touch on the dry side, but they’re smooth and well-adjusted. And, perhaps most importantly, come in a variety of unusual grinds and finishes, including a 0.6mm and 0.8mm stub nib option, or with a “torched” nib finish they call “reentry.”  They’re well-made, attractive pens, and their really affordable nib choices give newer users a way to try a bunch of different nib gauges to see what they like in a pen. 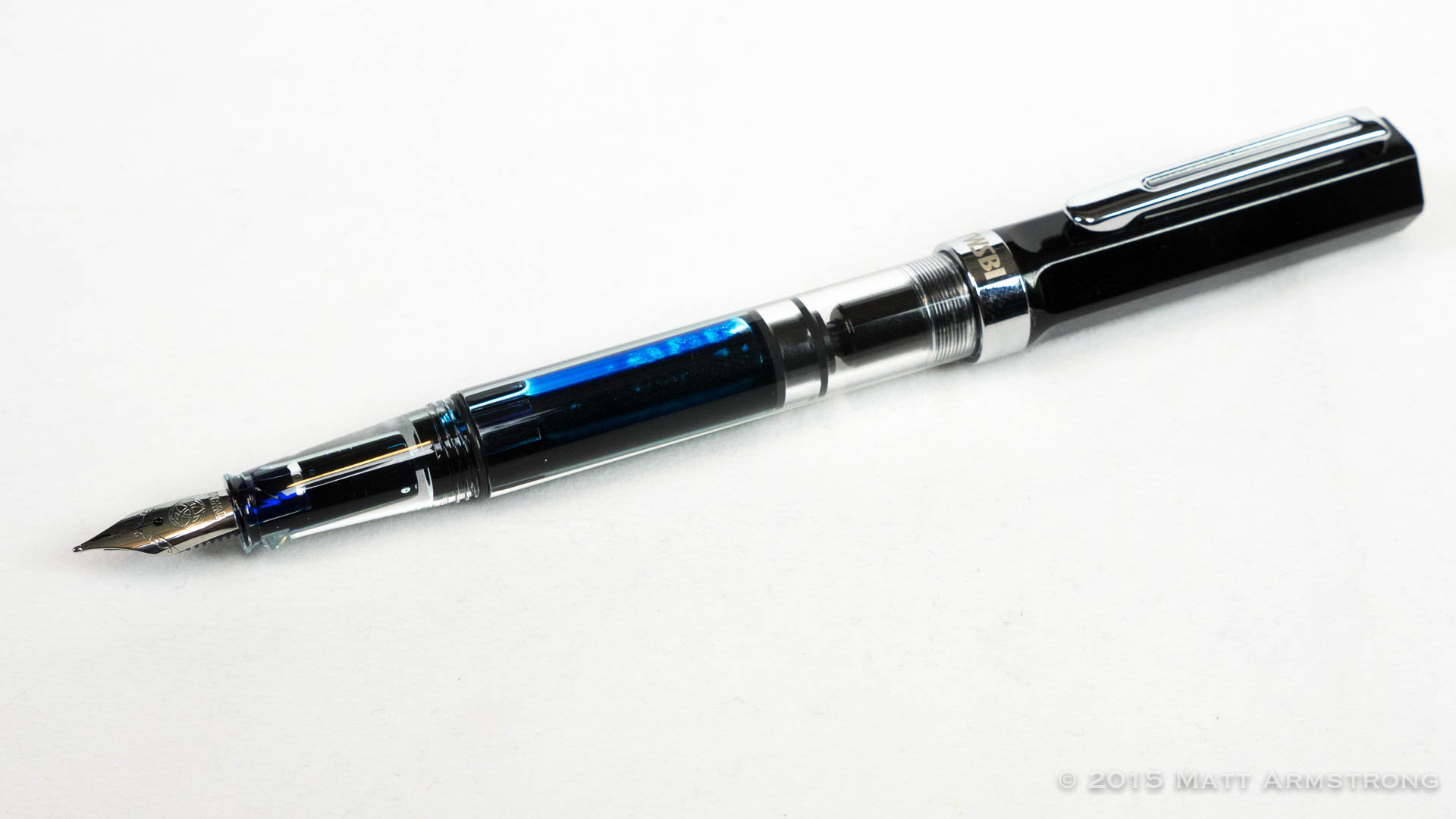 The TWSBI Eco is, in many ways, something of an outlier in this list. At only $30, the Eco is the only piston-filler of the group. (TWSBI is a master of providing higher-end filling systems on more affordable pens.) So, if you’re looking for a pen with a big ink capacity, this may be one to consider. TWSBI’s well-publicized issues with cracking plastics seem to have been mostly resolved, and in those cases when it hasn’t been, TWSBI continues to have really superb customer service. TWSBI’s nibs are made by Jowo, and they’re usually quite nicely adjusted for a smooth, moderate ink flow. With a crystal-clear barrel and big ink capacity, this is the pen to carry around if you want to show off whatever beautiful ink you’ve filled up with. (Especially if you’ve inked up with some glittery inks!) 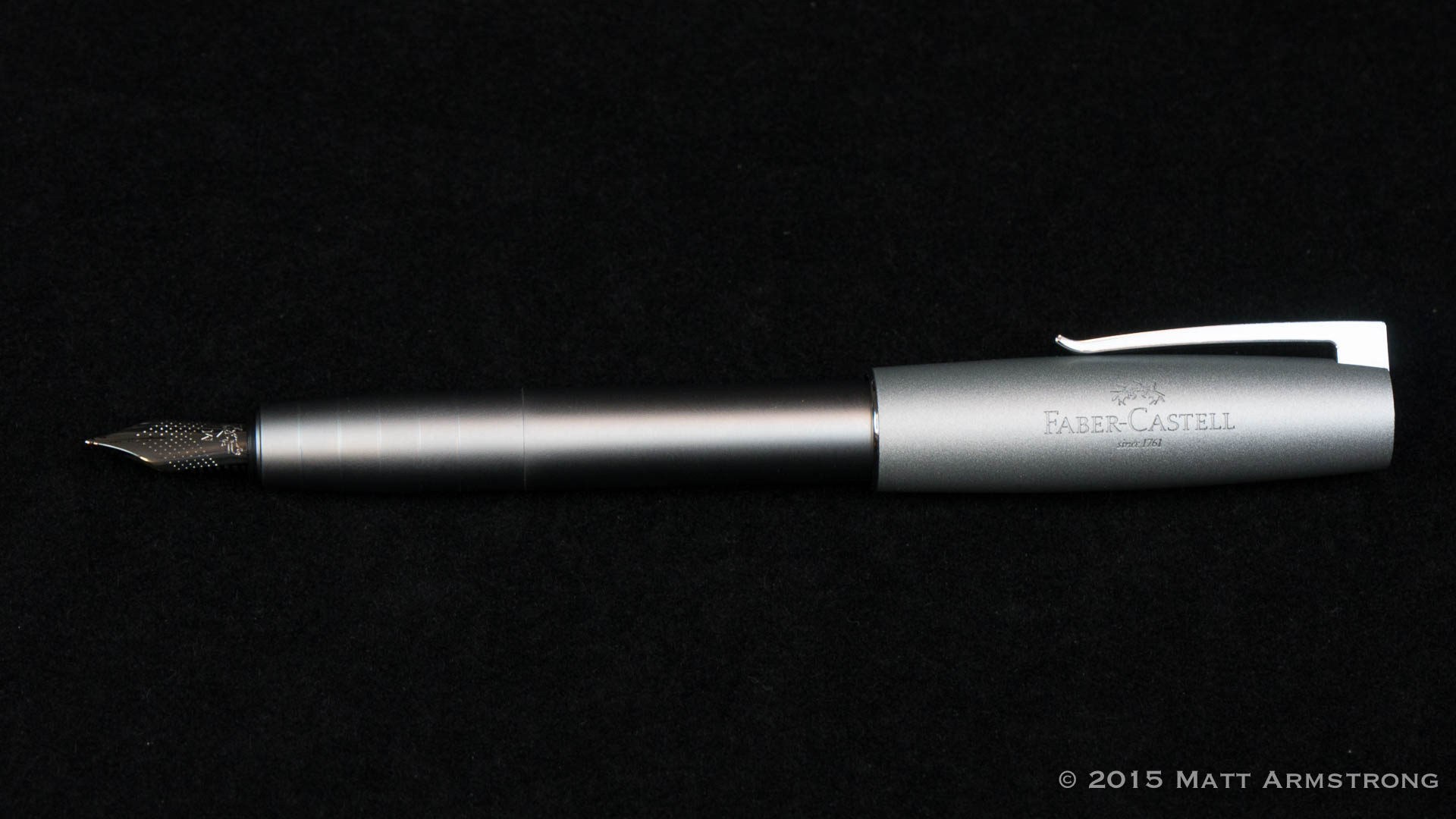 Still the reigning champion in my list is the indomitable Faber-Castell Loom. Even though I try not to be a contrarian by nature, my selection of the Loom as my top pen under $100 has got to raise a few eyebrows with people. Simply put, Faber-Castell has some of the best steel nibs in the business. Period. Their nibs are smooth with a moderate wetness. They’re attractive. They’re perfectly tuned. I’ve yet to have a Faber-Castell nib that wasn’t just a beautiful writer. Now, the aesthetics of the pen won’t be to everyone’s taste, but I like this pen. It’s surprisingly comfortable in the hand, posts well (and with a very light cap so it doesn’t lose its balance), and is a killer workhorse of a pen. My only real complaint about the pen is that Faber-Castell doesn’t include a converter with it, so you’ll want to make sure you buy one if you don’t have a standard international converter floating around already.