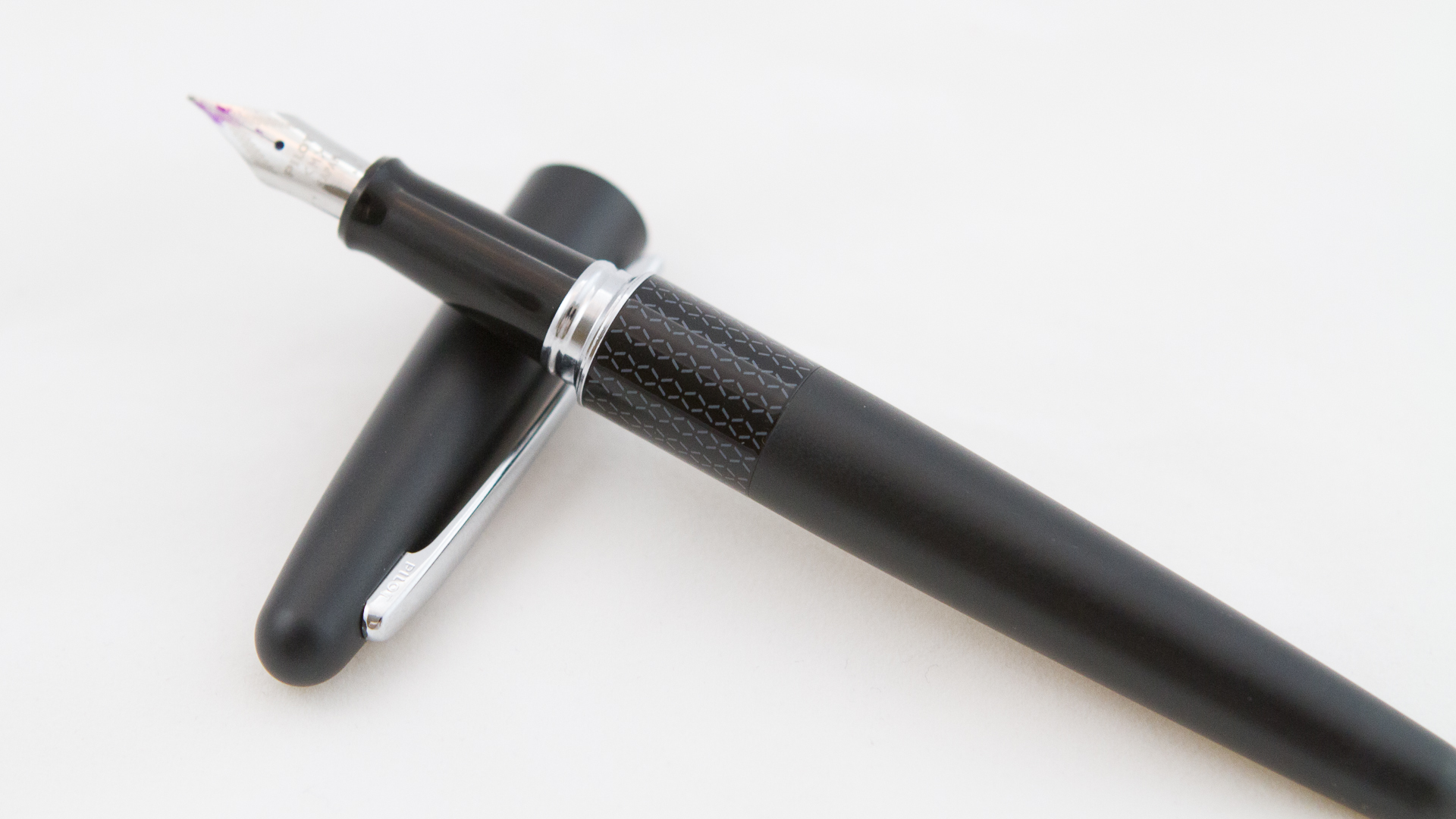 The step up between the section and the barrel is significant. The glossy strip in the middle is nice, though.

The Pilot Metropolitan has been much-discussed over the last several months.  It’s praised for being a very well-behaved pen, particularly for its rather low price point.  It’s an all-metal body with a pretty standard cigar-shaped design (albeit a skinny cigar.)  The steel nib has a touch of spring  to it.

I’m all for a good value, but the Metropolitan has a few things that keeps it from being one of my favorite pens.  For starters, it is a little too light for my liking.  And the  section is a little narrower than I like.  But the thing that really, really drives me nuts is Pilot’s decision to use a proprietary converter and cartridge system…especially since I have had a lot of issues with their converters, and I really don’t like the ink in their cartridges.  I can work around it, but I feel like I shouldn’t have to.  (See the video for a nice little rant on the subject.)

All in all, it is a decent pen, that writes pretty well.  It works well.  I did have to adjust the tines slightly to get rid of a touch of scratchiness, but other than that, it’s behaved pretty well.