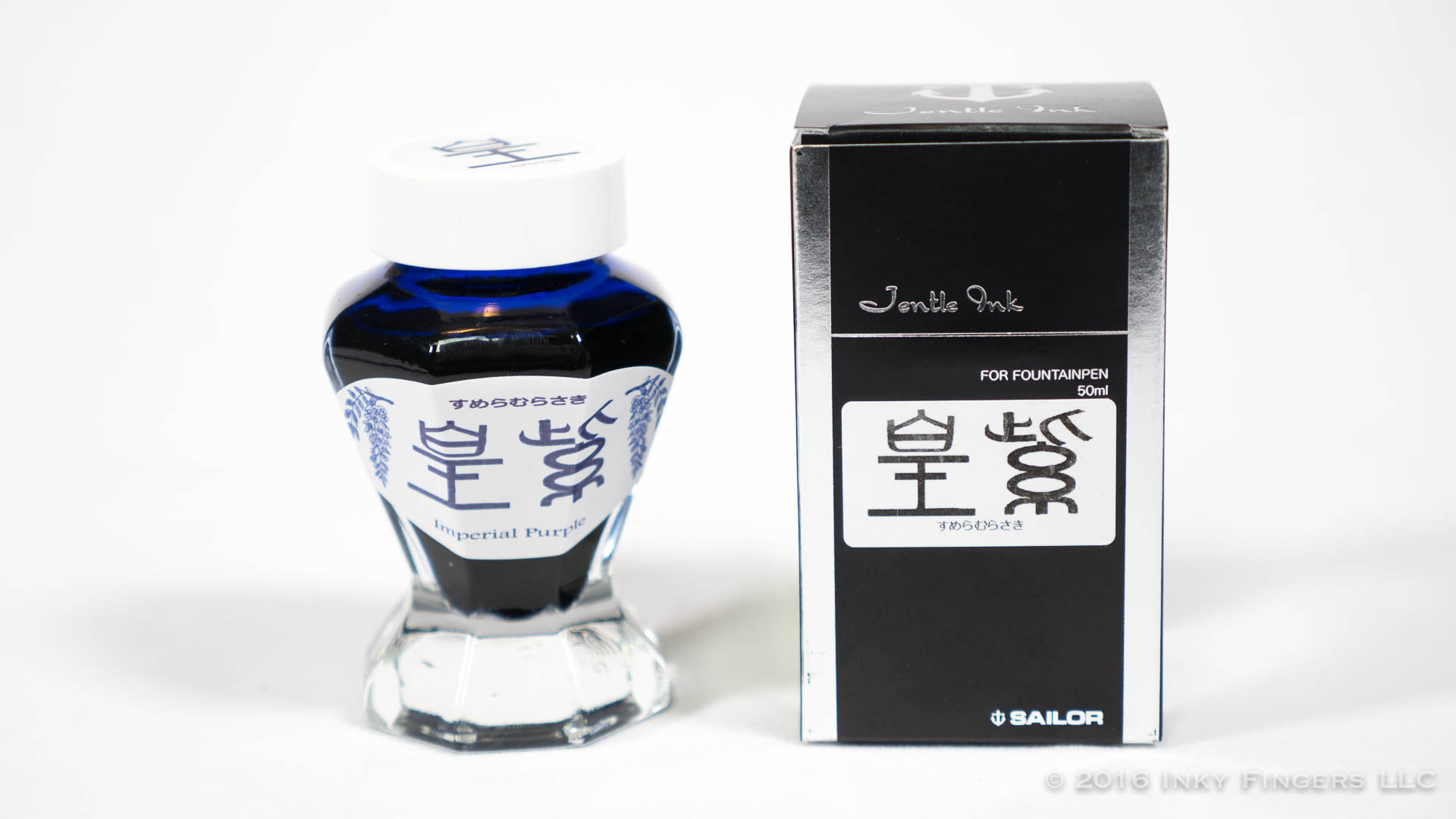 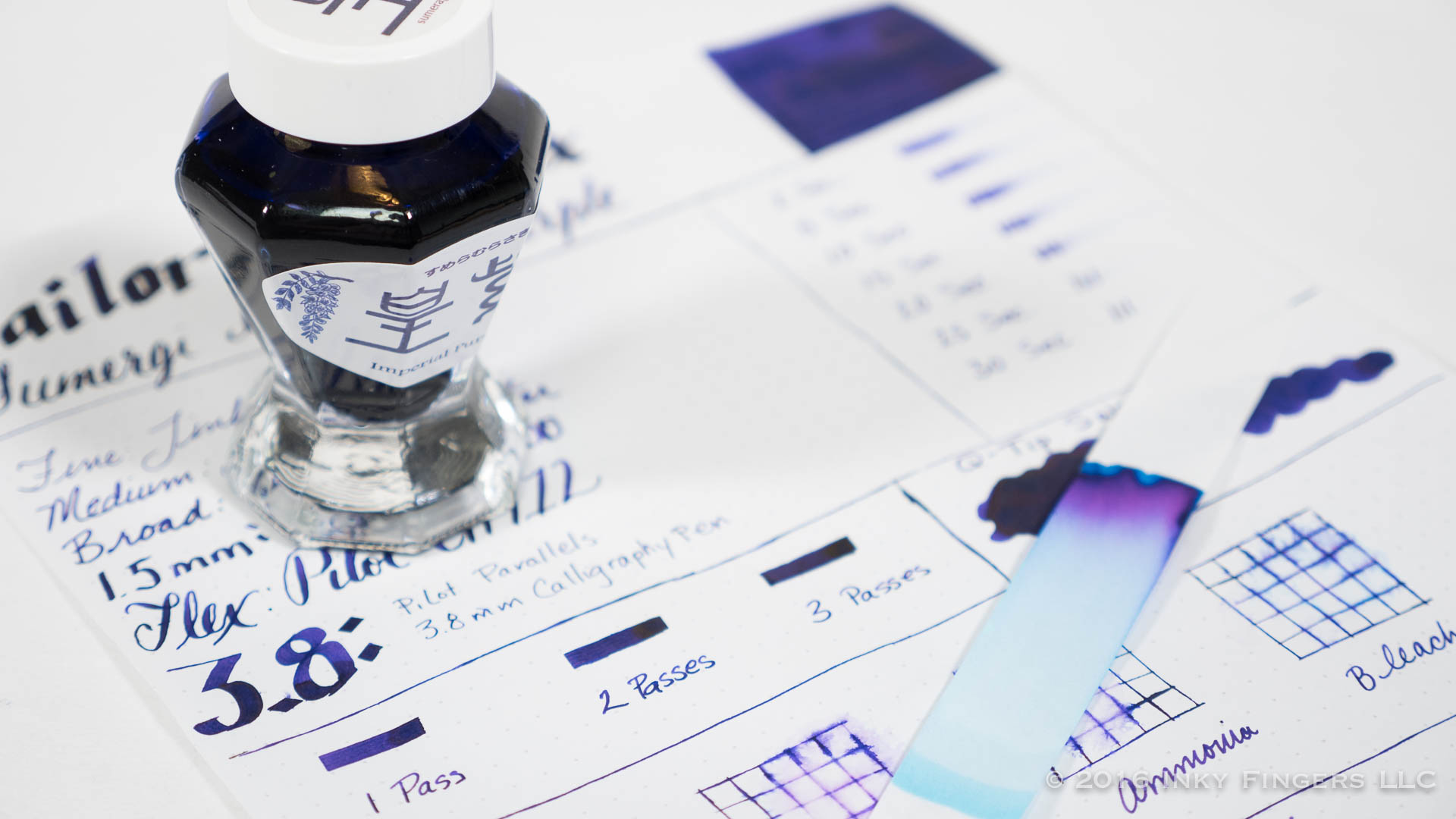 A couple of years ago, a line of Sailor-made custom inks for a Japanese fountain pen retailer, Bung Box, became the buzzword on the lips of the ink cognoscenti in the fountain pen community. These inks, being made by Sailor, possessed many of the performance characteristics that make Sailor inks among the favorites of many pen people. They came in a wide array of beautiful color. Bung Box Sapphire, in particular, quickly became known as the heir apparent to the much beloved, yet discontinued, Parker Penman Sapphire. Plus, they came in these really cool, vase-shaped bottles that look great on a shelf!

As often happens when a product goes viral, Bung Box had a difficult time meeting the demand. This was exacerbated by the fact that, as time went on, the unique and beautiful bottles became more and more difficult to obtain, until at last, Bung Box had to switch to using Sailor’s production line bottles (which are among my least favorite).

These days, Bung Box inks are still quite popular and well-respected, although many are turned off by their high cost–a result of having to import the inks out of Japan. (Ink is heavy to ship!). In the U.S., only Vanness Pens retails the ink, but various pen communities will often do group buys to help spread around the cost of shipping and and import dues.

I picked up this bottle of Sailor Jentle Bung Box Sumeragi (Imperial Purple) at the 2015 DC Pen Show. At the time of the show, it had been announced that the old vase bottles had been discontinued, and only the traditional Sailor bottles would be used going forward. Whatever they had left in the vase bottles was all they were ever going to get. I didn’t care so much about the ink, but I wanted a couple examples of the bottles, because they are some of the most perfectly shaped bottles for filling a pen. By the time I reached their table, a lot of the colors were gone, so I grabbed what was left, and this purple was one of those.

I’m so glad I bought this one. 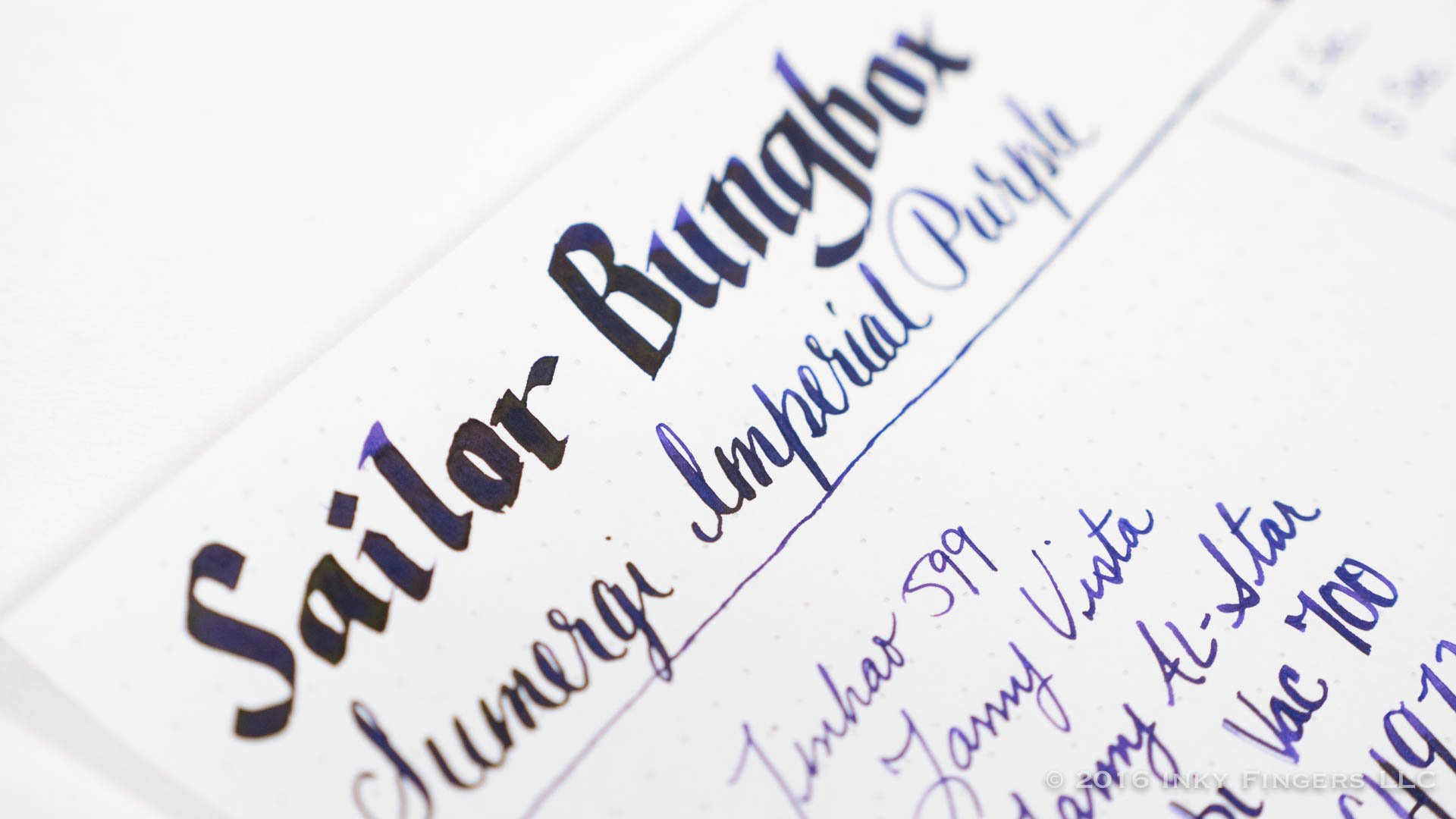 Sumeragi is a deep, rich blue-hued purple ink that is reminiscent of the deep indigo crushed velvet cloaks trimmed in white fur that you might see royalty wear. It is an intensely saturated ink, but despite that saturation, behaves beautiful in almost every application. 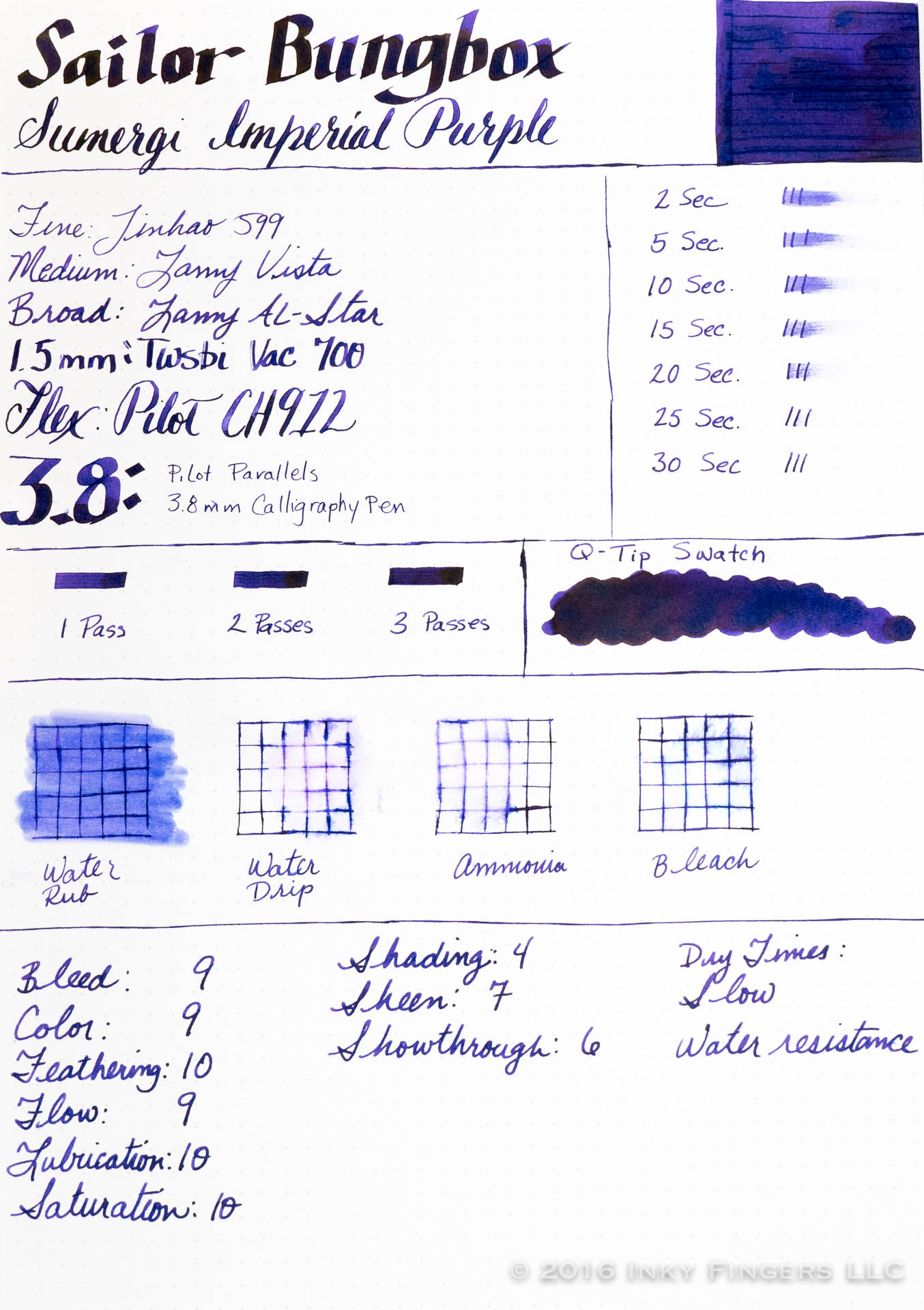 On Rhodia paper, the ink has essentially no bleed or feathering. It flows beautifully and smoothly, and feels perfectly lubricated. With this higher level of saturation, it is unsurprising that the dry times are a little longer than a less saturated ink. Still, Sumeragi is well within the range of normal for Rhodia paper. The ink, while not truly water resistant, did a better than average job on the liquid tests, including ammonio and bleach (one of which usually does the ink in.) Even in the soad tests, there remains enough behind to be legible. 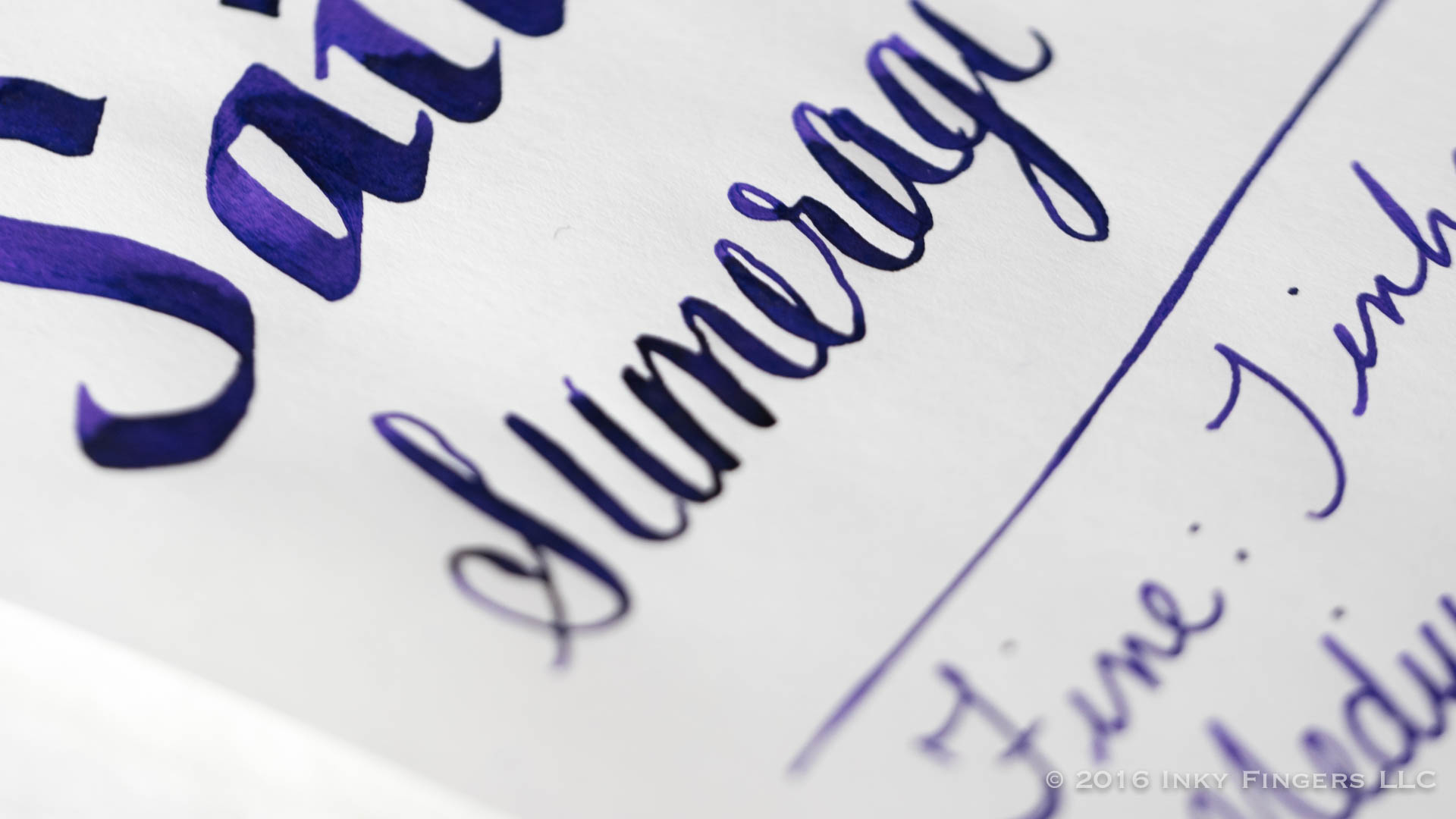 One performance note: I often use a Pilot Custom Heritage 912 with a FA nib for my reviews as the “flex” pen. This is a fantastic nib, and a lot of fun to use, but Pilot’s feed on the pen is simply unable to keep up with the ink flow needed for the amount of line variation the nib is capable of producing. Sumeragi is pretty much the only ink I have ever used in that pen where the feed was able to keep up with the flex writing consistently. This is an ink that may do well in troublesome pens, if the Custom Heritage 912 is any indication. 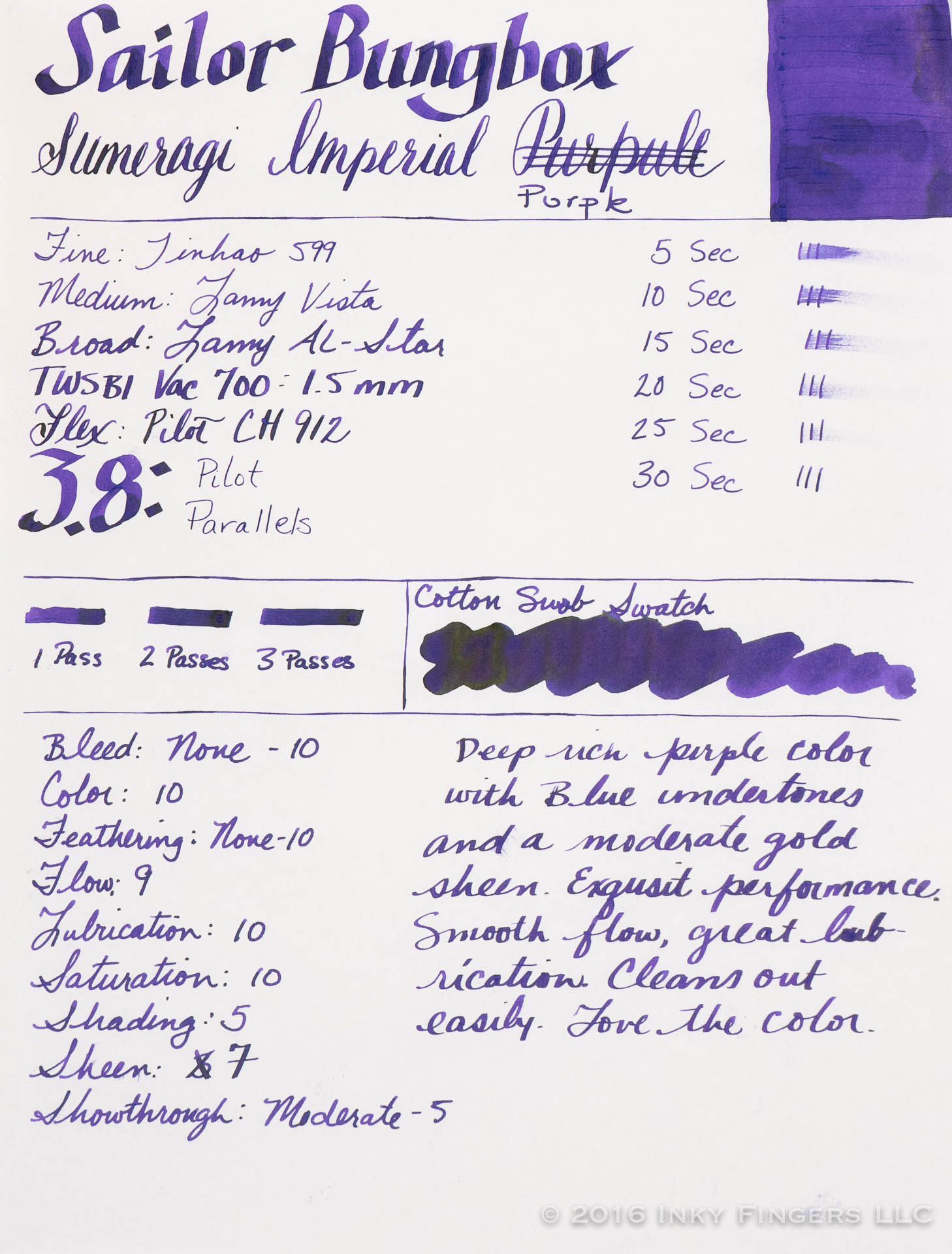 On Tomoe River paper, the ink behaves just as nicely, although the cream-colored paper of my test actually pushed the color score from 9 to 10 for me. I love this ink on this paper. On Tomoe River, the ink does sheen with a green-gold sheen, but only in very, very wet pools. Sumeragi is so saturated, it’s hard to see the sheen through the dyes.

The ink even performed well on cheap copy paper, providing only minor feathering and bleed, with no bleed at all on the Fine and Medium nibs, and only a whisper of bleed even on the broad and 1.5mm stub nibs.

As I said at the beginning of this review, my purchase of this ink was mainly for the bottle, and mostly by accident. And what a happy accident it was. It is a lovely purple: rich, deep, saturated, and luxurious. And its Sailor pedigree means that it’s easy on pens, easy to clean, with a nice flow and nice lubrication. My first bottle of this ink may have been an accidental purchase, but my second bottle won’t be.